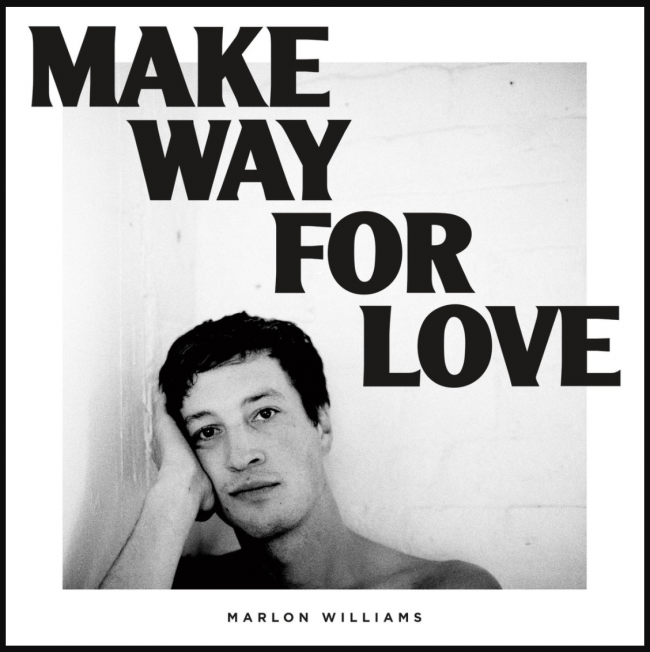 I’ve been fortunate to listen to Marlon Williams’s much anticipated new album, Make Way For Love, for a couple of months now and finally it has made its public arrival. Fans will already be familiar with a lot of these new songs from his recent gigs or from having seen a few videos on Youtube.  This album is one word: gorgeous.

Williams could easily go down the road emulating Chris Isaak or…worse… other sickly commercial crooners wanting to be Sinatra, but he doesn’t. His voice is literally on another plane, while his songwriting has matured since his self-titled 2015 debut. Don’t get me wrong, I love his debut album. My other half brought the CD home from the U.S. when he had the good fortune to stumble across Williams supporting Sam Beam and Jesca Hoop at the Lincoln Theatre in Washington DC (what a line up!). I’m so glad he went to that gig, despite me being envious. I was so enamoured by Williams’s incredible voice I bought the collection of Sad But True albums that he recorded with gravelly Kiwi, Delaney Davidson, and boy, are they great.

Make Way For Love is a break up album, much of it written in response to the end of his relationship with the gloriously talented, Aldous Harding. Williams’s raw emotions are there in the lyrics and deeply felt in the music.

From the opening song, ‘Come To Me’, you literally melt into a puddle on the floor. It’s dreamy and unpredictable with its frequent key changes. ’What’s Chasing You’ is irresistible in its ability to get you swaying and humming along, making you feel like you’re at a 50s high school dance.

‘Loves A Terrible Thing’ is tear-jerking solo and highlights Williams’s exceptional vocal talent, as well as his piano skills. But it’s ’Nobody Gets What They Want Anymore’, a duet recorded long-distance with Harding, that epitomises the arrow-through-the-heart. The song is pretty much perfect, but the last refrain is incredible.

If the other songs haven’t got you all bleary and wistful, this one’s the killer.

Fuck all those talent shows on commercial TV searching for the voice or the idol: Listening to Williams is an absolute gift, a voice so pure it hurts. Go out and buy his music. He deserves it.