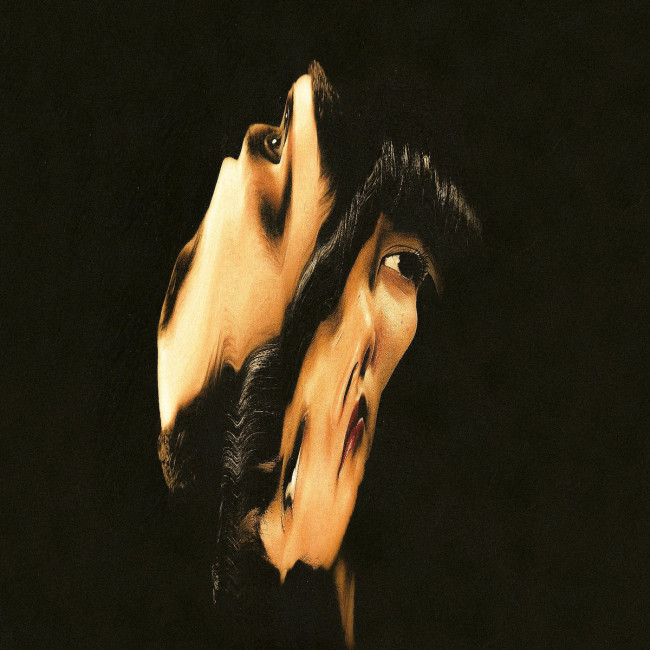 Ashley Bundang is a busy person. Totally Mild, Ciggie Witch, the live outfit for Sui Zhen; many fingers, many pies; you’d think she’d get burnt out. However, when you’re ultimately presented with Zone Out’s Transience – this new somethin’ somethin’ from Bundang and Scotdrakula’s Dove Bailey – all those origins work together to pull the warped faces on Transience’s cover back into focus.

Zone Out called it quits for a while back in 2014, as Bundang played countless shows with Totally Mild last year behind the tear streaked soul baring vocals of Elizabeth Mitchell. Totally Mild’s Down Time has a big influence here; that album’s ability to cut your heart while sounding so damn pretty bleeds all over the production of Transience.

Transience is a far cry from the patented Zach Schneider guitar clatter of Down Time – but it’s no less deeply considered as a pop record than the other. Bailey’s time in the loose garage rock world of Scotdrakula won’t clue you in to the shimmering production that Transience is steeped in.

The pitch-shifted coos over opener ‘Andalucian Intro’ establish voice as key throughout the rest of Transience; whether it be the way Bundang’s vocals glide alongside the blissful soft organs on ‘Inside’, or the commitment to honesty prevalent in the lyricism. Bundang’s song topics tread across heartbreaking topics; ‘Had It Coming’ seemingly deals in an all too real situation of gas lighting and abuse – “I saw your hand it was raised on me/ever so slightly / could’ve sworn it was all in my head”. The fearless manner in which Transience discusses this kind of content deserves higher accolades than this shitty little review can give, but much respect to Bundang regardless.

It’s not all sad exorcisms, though. ‘Breakdown’ finds space within its shuffling thump for Bundang to get real close and whisper such truths during the verses that listeners could feel the self-reliance and “fuck all y’all” attitude she sits on over the hook – “I refuse to answer for all my guilty pleasures”. I’ve never been one to ascribe to a “fuck the haters” world view, but this gets me close.

‘Wearing Thin’ comes and goes without much, though Zone Out makes up for it with ‘Cruzcampo’s schizophrenic pad freak out, possibly finding inspiration from the Spanish beer of the same name (even Zone Out likes a cheeky bev).

‘Too Much’ is as powerful a closer as they come: “don’t think I care anymore / it’s too late to fake it anymore/I’ve given up too much this time.” Bundang’s admission of absolute exhaustion and defeat is a wash of refreshing cold after the white-knuckled fight for self that characterises much of Transience.

It’s a good start, Transience. Dull bits, touching bits, heartbreak and melody intertwined into a pretty little electro pop package, without trying to beat you over the head to dance to every song. I’m looking forward to the next one.