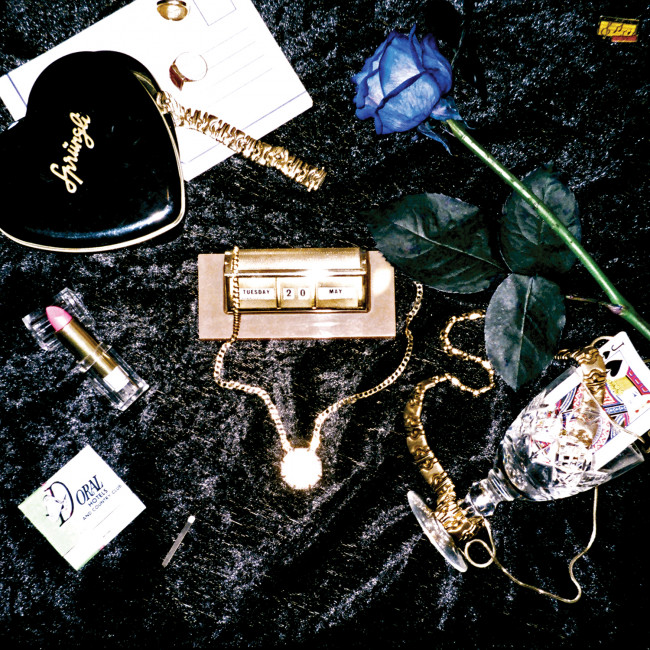 You know that kick-in-the-head moment? You know, when you hear this modern song, and it reminds you of something dear, but you can’t put your finger on it? And then you spend a morning with an old musical chum, for a breather from the newness, and when you plunge back in to the new stuff, BAM, the dots align.

Well, that’ll happen to ya from many angles when you steep yrself in Young Guv’s Ripe 4 Luv, cos the whole darn LP is a kick-in-the head moment. The presser makes this fellow out to be a lack-a-daisy type, the quintessential sunny state slacker. But don’t be fooled – the man has laid out a careful map of power pop standards to maximize yr nostalgic bliss.

In other words – as Peppy Hare said to Fox McCloud, BE CAREFUL, IT’S A TRAP.

What else is “Crawling Back To You” or “Kelly, I’m Not A Creep”, really, than Young Guv pouring over Badfinger, perfecting THAT guitar ring, THOSE chord changes, THAT falsetto harmony? If these songs stir some happiness in me, it’s a worn-out comfort, like fishing out stale popcorn from between sofa cushions. The utterly banal lyrics (touted, I’m sure, as “timeless tales of boy-loves-girl” – honestly, you can glance at almost all these titles and assume what each one’s about) don’t help matters.

Well, OK. Seems Young Guv also tried to ape Prince, too – but, good lawd, I just don’t see the point in the title track’s whitewashed, G-rated, kitten-stroking piddle, apart from the glassy-eyed backward-gazing that permeates the rest of the record. “Aquarian” attempts the same schtick, but with stubbornly less fidelity and more sunken synths. I can almost see it, this late-night strip joint with soft magenta neon lights, a lobby with a cotton candy sofa and a plastic palm tree in the corner…huh. That’s almost working for me, actually.

But that is the sort of place – the lounge and the bedroom lounge-y music – that you go to when you’ve let go of the future, and not question how you came this low, and shut yourself away from the world and all its ills.

(The only footage of “Ripe For Love” is this 6-minute version, which actually sounds less hermetic and more jammy, like white boys not trying to be Prince but stealing that vibe anyways.)

The only other track even worth mentioning may be “Wrong Crowd”. It’s about as soft and sleazy as they come – not quite as low a lowdown as Boz Scaggs, and nowhere near as swoon-inducing. Not quite as slick leather and lithe panther stride as Hall and Oates’ “Maneater”, and nowhere near as nightclub-y. But the eased-back synth ostinato does carry on for a while. Some French dude does whisper something, which I reckon turns some chicks on. That distant, wailing lounge saxophone does waft in and out. The bass flicks its two notes at just the right times (damn, is that not the easiest job ever, R&B bassist). This goes on for seven minutes.

Part of me can see “Wrong Crowd” as a nod to old disco singles, or any single destined for the dance floor, where the length served a function. Part of me thinks is some cheap, lazy-ass way to pad out what’s otherwise an EP, thrown together like a scrapbook that’ll never be finished. Yeah…definitely feeling the latter part more than the former.