Why’d Ya Do It, Why’d You Do What You Did? – On the return of Sticky Fingers 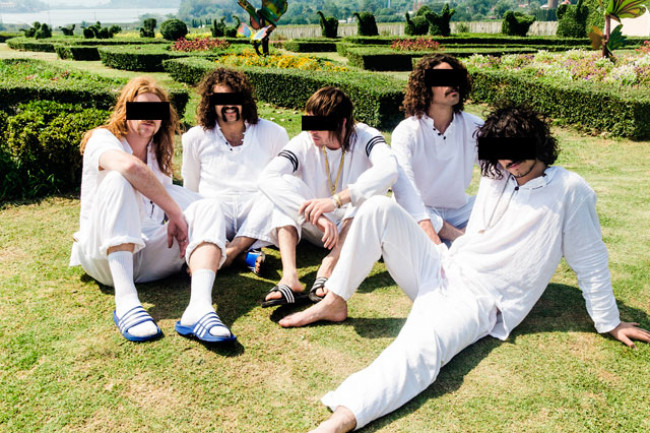 Unaddressed allegations of racism, misogyny, violent abuse and bad behaviour. There’s a problem with Sticky Fingers. We know this, but let’s be real. There are others too minded in profit or self-assured ignorance. These complaints will never speak to them.

So with that comes the hoary old question. What do we actually do about it? Some call for the truth and failing that an axe swinging from on high.

triple j and ABC continue to support this popular act, they have still featured in station playlists during the band’s hiatus. There’s a 2018 tour rumoured to be in the works. Booking agencies, venues and management companies are gearing up to continue giving them life.

Will the axe come down? Unlikely. These guys put feet on the floor.

Whatever has worked to defeat or destroy equality – racism, bigotry, male privilege – we have to clean up the mess ourselves. There are thought leaders, influences, demagogues and evangelical prophets to light the way, but nobody can do it for us. Forget the utopian daydream. Here’s the mop.

There’s a host of voices which call attention to the issue when really, they’re just calling focus on themselves. Let’s not be those people. It doesn’t have to be a grand gesture sometimes it’s puncturing an uncomfortable silence.

When that silence falls here are a few questions to break it:

Why did the band choose silence as the best path to addressing the problems raised following the incident with Thelma Plum?

Did Dylan ‘Dizza’ Frost spit on the face of an indigenous woman?

Regardless, the band took time off have efforts been made so that Frost’s alcoholism has been rehabilitated since the group went to ground? What steps were taken?

If someone is struggling with mental illness which constantly puts them at odds with workers behind the scenes, artists and members of the general public is the world of music the safest environment for them to be in?

Do people around this figure owe them a greater duty of care or is the music industry’s poor track record of caring those who suffer from mental health and addition doomed to repeat itself?

Let’s have some of that equality, transparency. The kind they crow about so loudly every time The Industry gathers to pat itself on the back. Gimme some truth.