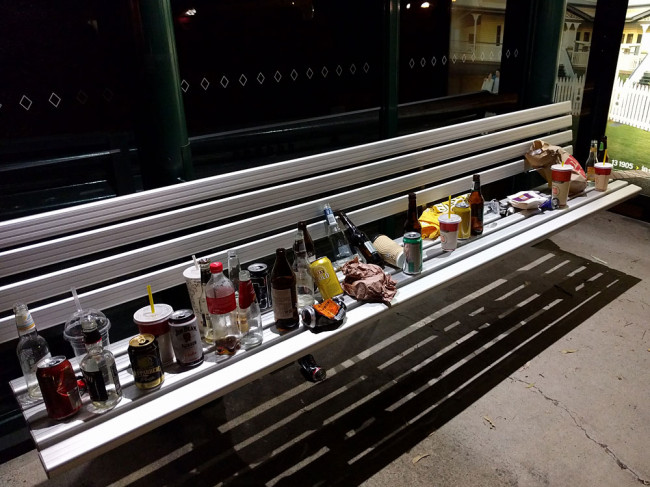 You would have seen those Facebook posts last month when your friends posted up the 10 records that shaped them as teenagers.  Most of your friends were lying to you and to themselves or at very posting a selective recall that avoided at least the first half of those teenage years.  I have no doubt that all those ultra cool indie/punk/post-punk albums shaped them at some point but I also know that they, along with everyone else was shaped by the music they saw on Top Of The Pops and on Saturday morning kids TV and heard on daytime Radio 1.  If you were a teenager in the 1980s there was also a period where shows like No Limits and Entertainment USA were serious tastemakers to a generation.  And if you were a teenage boy during the mid-1980s, metal was hard to avoid.  Metal was the musical gateway drug for teenage boys then and I’m not sure if much has changed since then.  If your list of records that shaped you doesn’t include some regrettable pop compilation albums and some choices that you’re slightly embarrassed about in the fullness of time, then you’re kidding yourself.  Just admit that you weren’t always as cool as your carefully crafted social media updates would lead everyone to believe.

Although I didn’t get around to putting together a list, it would be hard to look past Now That’s What I Call Music 1, Now That’s What I Call Music 3, maybe the fifth edition of the series, possibly even Hits Volume 4, perhaps Madonna’s Like A Virgin, Kate Bush’s Hounds of Love (obviously), Van Halen’s 5150 and U2’s Joshua Tree as records that shaped me in the first half of my teens.  And when it comes to my super sweet sixteen year, it’s going to be Guns N’ Roses’ Appetite For Destruction.

1988: the year of my first festival, Donington Monsters of Rock.  The unpleasantly middle of the bight bus journey from Exeter, Appetite For Destruction on repeat on my walkman until the batteries ran out.  One stage, 107,000 people.  Guns N’ Roses, the second band of the day, amazing, as was most of the rest of the day (Kiss were terrible but, hey, you already knew that).  It was a life-changing day; a day of adventure and camaraderie, life-long memories, a day of good/terrible music, my first foray into the world of festival music photography courtesy of disposable camera from way out in the crowd and a day that played a crucial part in a love of live music that continues unabated almost 30 years later.

Although all the controversy was about the front cover of Appetite For Destruction, I was slightly obsessed with the band photo on the back of the album’s sleeve.  It had a magical hypnotic quality.  These five people looked like nothing I’d seen before, with a heady mix of excitement and danger and glamour and utter coolness.  Those five guys looked like the five coolest people on the planet.  It must have been how the generation before mine had felt about Bowie when he turned up on their TV screens in 1972. When you’re sixteen the future is so exciting, the world is yours, you can do and can be anything, and that back cover photo provided possibilities of that future.  Depressingly, the realities of life leave a world full of disappointed ex-teenagers.

Why am I here tonight?  I saw the band in their classic line-up prime, albeit for seven songs.  I saw the band in 1992 when it was all beginning to apart, when the day’s support bands of Faith No More and Soundgarden played them off the stage.  I saw them in the early 2000s at Leeds Festival when Axl Rose was the only one left and playing with a guy who wore a Kentucky Fried Chicken bucket on his head and when they were surprisingly good and included a bunch of songs that would eventually turn up on Chinese Democracy.  There is no real reason for me to be here again in 2017.  Fire sale $70 dollar tickets for seats way up in stand that are $100 less than the original asking price, that the venue is a 20 minute walk up the road from my house and that my wife wants to go play a part but like many it’s just the draw of nostalgia that has me considering this night out in the first place.

Nostalgia doesn’t come cheap, mind.  A look at the seating plans paints a depressing portrait of live music in the modern age.  Once upon a time, you turned up obscenely early if you wanted to be at the front, these days you just need to check that there’s sufficient money left on your credit card.  Once upon time bands played to the most devout fans stood right in front of them, the people that had turned up as early and waited all day to be close to you.  Now they just play to the people who can afford to stand at the front.

Why am I here? There’s a really strange moment during the band’s cover of Wing’s ‘Live And Let Die’.  At that point in the show it brings the biggest singalong so far, despite having already played a bunch of their own classic songs.  It dawns on me that the moment goes beyond nostalgia for a cover song from their 1991 Use Your Illusion I album.  It’s a song that allows the crowd to collectively remember a time before Guns N’ Roses covered it because much of this audience already knew the original version so well.  For much of this audience Roger Moore was their James Bond and Live And Let Die was one of the coolest action films they watched growing up.  It’s allowing for a collective remembering and reminiscence for a time before Guns N’ Roses even existed.  In the moment, it’s a bewildering realisation but one that leaves me considering that if I start thinking about this too deeply, I’m going to end up watching a spinning top to see if it eventually falls over.

Why am I here? I know in advance how it’s all going to play out, I’ve been to enough stadium shows.  I really should have learnt my lesson by now not to bother.  I know the sound will be terrible but it will still shock me how bad it is.  I know the band will be so tiny from our vantage point that I’ll just watch the show play out on the big screens.  I know that for the 90% of people who can’t afford or won’t pay those exorbitant ticket prices, they’ll be little to no atmosphere.  You don’t need to be Nostradamus to predict how the evening will reveal itself.  On top of all this, QSAC is the worst of the worst when it comes to stadiums for live music.  If everyone who’s been to a show at QSAC chipped in we could probably get the Deen Brothers to make some amends for their previous cultural vandalism around Brisbane and make it disappear overnight.  However, it’s not just the venue though that’s providing the sound issues.  When Duff McKagan takes over lead vocals for cover of The Damned’s ‘New Rose’, there’s a sudden realisation that much of the poor sound being blamed on the environment and sound system is actually because of Axl Roses’s voice.

When it comes to the songs being played, you can’t really fault the setlist, except you can because there’s too many songs, they play for too long and there’s too many cover versions.  Sure they might display their punk credentials with ‘New Rose’, but they’ve always been a classic rock band at heart, as covers of The Who’s ‘The Seeker’, an instrumental guitar duel of Pink Floyd’s ‘Wish You Were Here’, the piano-led outro to ‘Layla’ that leads into ‘November Rain’ and the snipped of ‘Voodoo Chile’ at the end of ‘Civil War’ prove.  Reminding myself of setlists from the previous times I’ve seen Guns N’ Roses, the cover of the ‘Speak Softly Love’ from The Godfather has been around for over 25 years.  Isn’t it about time to try something new out, especially as other than the couple of songs from Chinese Democracy, everything else is at least 25 years old.

Why am I here again? Guns N’ Roses were never the most engaging live band.  If you look back at 30 years of live performance videos on YouTube to remind yourself, there’s always been a disconnect between the band and the audience.  It’s no different here tonight.  Walk all the way over to one side of the stage, walk back to the centre, walk to the drum kit, walk back to the centre, walk to the other side of the stage, walk to the centre.  There’s no purpose to it; on the video screens we can all see from afar that there’s no real engagement with those people that paid the most to stand at the front. It’s as if the band members are choosing to rotate among these nominated positions on the stage as if to avoid each any interaction with each other; ships that pass in the night.  There’s barely any hint of actual band camaraderie.  I wonder if they still travel separately to each show?  It was surprising reading the Slash autobiography that despite the ‘Last Gang In Town’ marketing of the band, they seemed to spend very little time together, divided up by choice of drugs into different cliques.

As with every other band in the same situation, Guns N’ Roses became a stadium band purely through economic factors.  Few acts can actually pull of playing stadium-sized shows successfully.  The omnipresent sense of sentiment doesn’t extend to the band, with only three-fifths of the classic band and a line-up that excludes the two members that were Axl Rose’s and Slash’s childhood friends.  It would have been better for everyone if they had collectively decided an All Or Nothing approach to this reunion.  The large wheelbarrow of money those involved will be taking away after each performance obviously makes a more powerful argument against the theory that the whole is greater than sum of its parts for classic rock band line-ups.

It’s probably no surprise that the best times I’ve seen Guns N’ Roses has been when they’ve played festivals, when they’ve had to cut out the over-indulgence and have had the competition to just get out there and play.  No change of hats, no need for the seven t shirt changes Axl Rose makes tonight in the 2.5 hours they play for.  This is when Guns N’ Roses are at their best, this is not tonight.

In trying to answer why I’m here tonight, I already know all the answers.  Like many who are here tonight, I’m here because the band are here; that’s the long and the short of it.  It’s not much more than convenience and that increasingly inexplicable need to reminisce about glory days from 30 years back.  It’s an all to powerful drawcard.  It’s a show that will be probably talked about at office water coolers across south east Queensland tomorrow morning and then be largely forgotten by the weekend.  Despite all my reservations, I’ve still managed to be seduced, hoping that somehow the night would prove me wrong and that I’d come away pleasantly surprised.  Next time around I just need to remember all this and hope that they don’t get Izzy Stradlin and Steven Adler back in the band to provide the tantalising temptation that might make me relent into going to see them one more time to relive our former glory days.