We Need to Talk about Racism in Punk 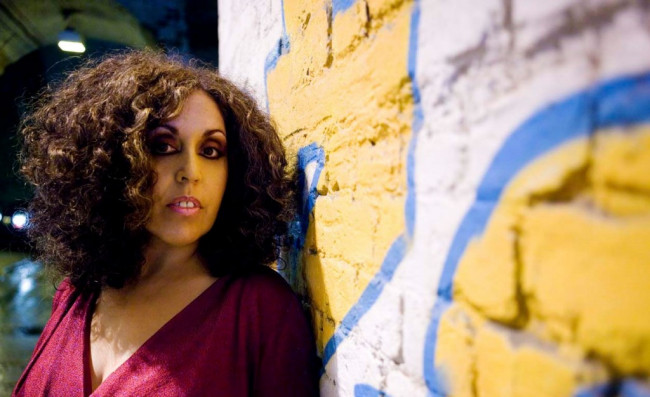 It’s hard to start this article. Even though it’s not a face-to-face conversation, it’s still hard. I won’t be able to track the real reaction on your face and the furrows in your brow as you take in what I’m about to say. I don’t know if this is easier or harder for you but I am past caring about making it easier; it has to happen so let’s begin.

We need to talk about race in punk… like now. There’s no time to make a sandwich, let’s sit down and talk this one through. I love punk music. I’ve dedicated my life to it, which is a strange thing of a shy, chubby black girl from the West Midlands to do but alas I did. Over the years I’ve blogged about music, put on nights, been in bands, written zines and more. I have enjoyed every second of it but there was something that was worrying me about it. Like a blurry flash of light in the corner of your eye; you know something’s there but when you try and get a proper look, it vanishes.

That was all until I played a gig with my band, My Therapist Says Hot Damn, in Deptford at a tiny pub and discovered the real reason why I felt so uncertain all the time. It was a good show, our bassist got drunk and fell off an amp, we managed to get our guitarist to crowd surf on two people, oh and we sounded ace too. I thought nothing of it until a week later when a friend told me that a guy, wanting to thank our band for the gig, walked up and thanked another black woman who happened to be in the crowd thinking she was me. Now I’m not an egotistical manic, the issue isn’t that he didn’t recognise me. The issue is that this person clearly was so steadfast in his belief that there couldn’t possibly be more than one black person in the room he went up to the first black woman he saw (who looked nothing like me if it needs to be said).

I took this a conscious act of refusal to acknowledge my presence as a black woman in that space. It may seem extreme but the situation was a prime example of racial micro-aggressions, a subtle form of racism which people of colour encounter on a daily basis. I had been walking around in a daze for most of life and then it hit me and my eyes were open. I was the only black woman usually in punk clubs and they weren’t just punk clubs they were specifically white spaces. Occasionally a black person would get into the mix but essentially white people had segregated themselves and it blew my mind.

In a review of The Punk Singer, a documentary on the life of Kathleen Hanna, Laina Dawes, author of What Are You Doing Here: A Black Woman’s Life and Liberation in Heavy Metal, sums it up when she suddenly realises why she never understood the Riot Grrrl movement: “About 10 minutes into the documentary, I knew that I had made a colossal mistake. Well, actually, as soon as I saw a snippet of 17 year-old fashion blogger Tavi Gevinson waxing poetic about an era she was not even alive to witness, I knew that I would not be able to put my personal biases in regards to my age — and more importantly, my ethnicity as a black woman — aside when watching this documentary. From watching The Punk Singer, I realised why I had never been that psyched on the Riot Grrrl scene. It wasn’t for me. It was for white women.”

As important as the Riot Grrrl movement as to many women it was led by a majority group of white middle-class girls and so the political issues the movement tackled followed in the same direction. Issues of sexual assault, domestic violence and eating disorders were tackled, but little thought was given to how race intersects with those issues.

Obviously, I’m not saying that black people aren’t involved in punk culture and haven’t made contributed towards it. If anything I’d argue we are its roots, which sprung up from reggae, blues and rock’n’roll, but in terms of who is paraded as its icons, who goes to gigs and who gets in magazines and blogs, it’s a white scene.

I went into a kind of musical existential crisis after this. I just could not see the point of performing for crowds who clearly had no interest in even acknowledging my existence let alone understanding my politics. I wanted to be in a space where I didn’t have to turn a blind eye to the quasi racist statements, the shows where I’m one of two black people there and the middle class white girls twerking to Iggy Azalea, or whatever culturally appropriated, rap lite crap the kids are dancing to nowadays.

I needed my own space. We need our own space. Unfortunately, away from white people (well not unfortunate for me; black people bring a lot to the musical table so you lose badly in this scenario). There needs to be a black space within punk’s overwhelming white scene.

What if there are millions of black kids sitting in their bedrooms listening to ESG and X-Ray Spex like I was that would love to come to shows, but are put off by the racism they fear they may encounter, what their families say about ‘white music’ or just generally the anxiousness brought on by being the odd one out. What if there needed to be more black people in prominent positions to make it a safe space for others to join. While there are a few punk bands that feature women of colour, The Tuts and Skinny Girl Diet, it wouldn’t hurt to bring one more to the mix.

After seeing an advert for a new band night I’ve decided to get together with a friend and start an all-black punk band. We expect criticism, derision and name-calling. Hell, we even got a bit of the reverse race card before we even did our first practice. The reverse race card is a well-used tool in the white supremacist box, whipped out whenever said supremacist feels a bit left out of something fun black people are doing. In this case we were advertising for a bassist and specifically for a person of colour. We were accused of being racist and told that if a white man advertised for white bassist that would be seen as racist. Well, yeah it would, and they do. They don’t say it outright but if there’s an advert for a guitarist that likes The Rolling Stones, Oasis and Kings Of Leon, chances are that white male band are gonna find themselves a white male guitarist. We just wanted to be honest and say we are segregating ourselves but only because you did too and we need to get away from you. To recover, to feel free, to feel safe.

My new band will exist, and we will be an all-black punk band. Not the first but hopefully not the last. I’m gonna go into my black feminist punk bubble now and leave everyone else to work it out for themselves. Think about racism and how race intersects with each issue you deal with. There is an issue when as a promoter the bands you book are majority white, there is an issue when the political discussions that go along with punk follow white, middle-class needs, there is an issue when black punk icons are ignored or forgotten in favour of more palatable icons.

Where society goes now falls thoroughly in the hands of white people deciding whether or not to let go of the hatred that has served them well these past few centuries or go forward into the unknown where they can be free to build a new image for themselves not based on the past.

So there it is. I started it but I can’t finish it for you. The conversation has been started but you need to end it. So go and wake me when the sun rises on the land that was meant to be ours.

40 Responses to We Need to Talk about Racism in Punk