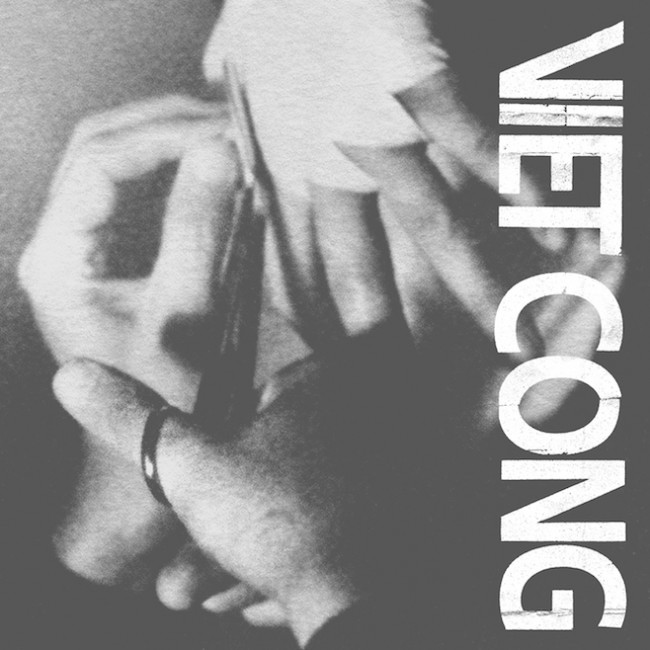 I am nothing. I’ve figured that out lately. See, I used to wear colors, but now I wake up in the morning and I think, “fuck, I don’t deserve that shit.” Black it is, then.

Friends? Ha. Don’t make me laugh. I mean, yeah, my roommate and I get along. Most of the time. But she hangs watercolors of dolphins and hangs out with her classy athlete friends, and keeps the room too damn hot. It needs to be cold in here. Frigid. Keeps me awake. Alert.

Besides. I don’t time to waste with friends. Look at those fools, laughing and drinking and staring into the television. Who has time for that shit? Why talk for two hours when you can listen to music and knock out another essay?

Oh, yeah. My name’s Jess. I’m an English undergrad. I’m into post-punk. And I kinda wish you’d go away.

I don’t go out at night. There’s really no point. I have records, and I have books. That’s what matters. These musicians, these authors, they GET it. There is no black, and there is no white, see? There’s shades of grey. Life is complex. Morals are a joke. And if you’re loafing with friends all night, you’ll never figure that out, see? All that complexity, all that guilt…all that. Yeah.

I have the first Comsat Angels LP. I have the first Sound LP. Look, I even found the first Clock DVA LP. YEAH, I KNOW. See, these guys get it. Punks, they were all either stupid, or angry, or both. Except Wire, of course. But in post-punk, everyone reads books – the same books I do, Camus and Kafka and Nietzsche – and thinks about what really frightens them, and they sing like they fuckin’ MEAN IT…like they’ll die unless they get it all out.

Of course I bought the Viet Cong LP. How could I not?

Kinda weird, though, how much they sound and look like everyone else I love. I mean, don’t get me wrong – I LOVE “Silhouettes”. But it’s just like everything on Jeopardy. Except there’s nothing to scream about – y’know, like how on “Missiles” you just yell at the top of your lungs, “WHO THE HELL MAKES THOSE MISSILES?” – and for just a sec, you feel part of the bigger world, which is a little scary. I swear, that album’s too exciting sometimes.

But anyway. Viet Cong. Y’know, “Bunker Buster” is great, but they sing with that already-defeated kind of monotone. That’s not how Mission of Burma or Comsat Angels sounded. You could hear the fight in their vocals. It’s still good and angsty, though. Angst is important. Angst means you’re not conforming.

And “Newspaper Spoons” is really cool for an opener, since that sounds like Cabaret Voltaire instead of the Sound. Except you put on the Cabs when you just can’t deal with melody anymore, when you need to get way from pretty things, when you need to get away from feeling and the familiar world in general, and Viet Cong gets all pretty and melodic and familiar. But it’s cool that they’re drawing from Red Mask. I mean, how often do you get to say that?

Put it this way: I loved Editors. I loved Crystal Stilts. But those guys – and especially Editors – they got away from the greyness, you know? I mean, you could tell how much those guys took from Joy Division (although, not gonna lie – I’ve watched Control at least fifty times in my bed, always in the dark, enough to where I could hum you the whole soundtrack if I wanted to).

Now, Viet Cong –there’s this one track that I’m just DYING for right now, called “Continental Shelf”. And again, it’s really Comsat Angels, with a bit of Andy Summers razor guitar stuff, and there’s all this environmental melodrama going on, but then he says “don’t want to face the world / it’s suffocating”. And I’m like, YESSSS. And everything just crashes down on you, in this kinda numb Jesus and Mary Chain sea of static way, but with this heavy-handed chorus thing, and it’s just…yeah. I just want to die.

Y’know, though. Lots of times, I’ll play something from the LP, like “March of Progress” with the really flat and thuddy 3 minute intro – it turns fluttery and cool a little later, but there’s parts like that where I think, “OK, are they trying to do This Heat here, but without any of the ear-jerking noise that made This Heat so cool?”. Or, like, “Pointless Experience” – “OK,” I said, “Is this Crispy Ambulance, but without the quarter-past-midnight inter-dimension hopping?”

It’s like, this could be crazy hypnotizing. You could zap me into a trance – it’s not that hard, I’ll go catatonic in a snap – but you’re going too fast. You’re going past the grey zone. Although one line is kinda funny – ”If we’re lucky, we’ll get old and die” – cos it’s the exact opposite of what the Who wanted in “My Generation”. Ha ha. This is soooo not that generation.

Anyway, there’s this one other thing…something that’s been bothering me lately. Well, for one, the LP makes me feel empty. As if, I dunno, Viet Cong didn’t dig deep enough. Like they aren’t sad enough. But that’s the other thing…see, look at me. I’m really fucking miserable. I stay in my room and brood, and I’ll pick zits until I’m a bleeding blotchy mess, and I eat saltines for dinner. It’s great. But most of the bands in my library, including Viet Cong, are all men. It’s like only white men get to brag about how introverted and moody and serious they are, and it makes me feel like, I dunno… because I’m a girl, I can’t be moody and serious? As if I can’t suffer, too?

That’s not any reason to hate Viet Cong, though. Makes me hate myself more than anything. Yep. I guess I’m still nothing.