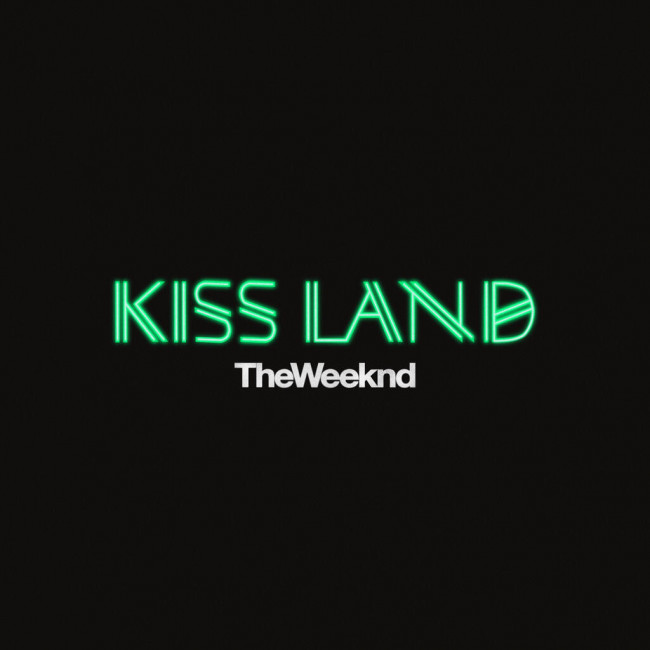 Everyone’s favorite R&B horror show is back. It’s like one of the kids from Boyz II Men wandered into 120 Days Of Sodom. Kiss Land oozes with a diseased, rancid sexuality from beginning to end. Filled with songs of blame and numb regret, it pursues the limits of pleasure, the allure of unending options, the bleakness of inevitable death.

What makes the album compelling is its willingness to pursue its premise, its philosophy, all the way to the end, no matter how ugly it gets. And love only exists in the imagination — that is to say, some place else.

Of course it’s horrifying. It’s meant to be horrifying. If it wasn’t horrifying it wouldn’t have a reason to exist. With production and synths so cold and icy it makes you wonder if the dude’s trying to fuck a penguin.

Someone smarter than me once wrote that a male falsetto signifies, before anything else, vulnerability. But let’s take a second to just appreciate the music. Check out the title track, especially the seasick synths in the second half. How great is that?

After all, the endpoint of decadence is cease and desist.

It isn’t hard to read all this as metaphor. Opener ‘The Professional’ blurs the line between love & commerce, business & pleasure, far enough to make the links between romance and capitalism explicit. I don’t know about where you live, but in US cities you frequently see ads for apartments (or love) where people refer to themselves as ‘26yo professional seeks same’.

And the way he sings about the sheets on ‘Love In The Sky’, I’m not surprised he doesn’t mention the thread count, or have the receipt filed under S in a strongbox somewhere.

Drake shows up at some point. He’s the least interesting thing on this album, if not the planet.

Abel Tesfaye, or to give credit where credit is due, the narrator of the songs, displays a torturer’s remorse — which on one hand is bullshit, the idea that we’re supposed to empathize with the suffering of one who inflicts it — but from another perspective can be seen a/la Dostoevsky, as proof of the soul’s existence, that we can never escape the tug of our conscience, that cruelty and violence harm the creator along with the recipient in a sado-masochistic double-edged sword.

Being a liar means you can never trust anyone. Being unfaithful means every relationship ends in tears or worse. Being in love with stuff means never having enough. Needing to be in control means you will always feel powerless. Every note of Kiss Lines feels desperate and numb, drugged up and silently screaming. It evokes the social sicknesses of its time as well as any album you’ll hear all year. As art, it’s vital and alive.

And as writing, it runs so many circles around someone like Bret Easton Ellis it isn’t even funny.