THE TEN GREATEST ALBUMS EVER MADE | A RESPONSE 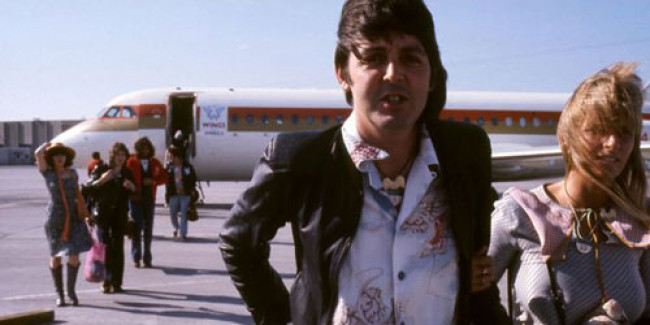 Satire is notoriously difficult to pull off. Ask Lily Allen. (One day, as Lucy Cage commented, it’d be nice to have satire that doesn’t involve women dancing around in their knickers.) Even so, the Collapse Board Editors were taken aback by the response to our recent THE 10 GREATEST ALBUMS EVER MADE blog entry (originally posted by former MM staff writer David Stubbs on Facebook).

To recap (and bear in mind that this came with a piss-taking ‘editorial’ to further accentuate the ridiculousness of the list), here are David’s words:

Right! I’ve thought long and hard about this, agonised and whittled down to final ten but here, at last, I think I’ve burned down to a list of solid gold excellence.

These are, in my opinion, the albums which no stereo owner should be without in their compact disc collection. I know the quibbling will probably start immediately – “What, no Hollies or Quicksilver Messenger Service?” or “Where’s The Wonder Stuff?” – and, believe me, it was hard to leave so much fantastic stuff out. It’s a pity, too, that not every style or ethnic group could make the cut, or every gender for that matter (or those in between – the “undecideds”, shall we say!). All the same, I think believe these albums represent the very best of what Jeff Bridges once called “rock and roll!” How many have YOU got? And so, in no particular order . . .

To which we got the following responses:

No Marquee moon, No Black and white, No Dark side of the moon/Wish you were here, No New boots and panties, No On land and in the sea…………….

A greatest hits list CANNOT include compilations, what a F**kwit

Anything list with a ‘greatest hits’ on it….is ordinary. However I do agree with Brother’s in Arms. The best concert I have ever been too was on the BIA’s tour. Standing on an esky in the pouring rain for 4 hours of awesomeness!

the whole list is a sad, sorry state of affairs.

These were just the tip of the iceberg. There were many, many more. Loads got the joke, but even some Collapse Board contributors thought the list was serious. (And some thought it was funny only cos we were taking the piss out of David.) And then there was that American Idiot on Twitter who saw it as justification for his own slagging off on Collapse Board – he was the subject of ridicule on Why academics shouldn’t write music reviews – which proves that not only are some academics incapable of writing about music, but they have no sense of humour.

So what conclusions can be drawn from all this?

1. Most people are dumb. No, that’s too simplistic.

1. No one bothers to read anything on the Internet any more. They skim-read, just glancing at the surface, and – because the inclusive nature of the Internet encourages dialogue – respond immediately, without thought, to the surface.

2. Music criticism has devalued itself past the point of no return. And no, don’t point the finger of blame at the enthusiasts and bloggers. We’re talking mainstream culture here, the same old same old places. NPR. NME. The Music. The reason so many people took this list on face value was because so many of these lists exist, with little or no difference between the ‘real’ and the ‘satire’ (except, perhaps, as a few commentators pointed out, with the addition of a token hip-hop act – The Beastie Boys, say – or a token hard rock act – Led Zeppelin, say – or perhaps even a female artist). The vast majority of music criticism serves to reinforce the status quo.

3. Music writing really is that bad. Another reason folk might have taken this list at face value, even if they did read the descriptions and accompanying intro: tons of critics actually write like this. There’s no wit, no imagination. Just cliché piled high upon cliché. Standing on the shoulders of dwarves, as Noel Gallagher might have put it.

4. Satire is all about context. Humour is not universal. People linked to this post by friends on Facebook – and hence unfamiliar with either the name David Stubbs or Collapse Board or the context this list exists within – expected to see a post that named the 10 Greatest Albums Of All Time, and so that’s all they saw. Take this in conjunction with the next point…

5. Everyone likes to believe everyone else is more stupid than they are and/or has worse taste. “God, what appalling taste,” came the cry, again and again. Message board and social networking problems compound the problem: everyone exists in their safe little circles, happy to believe the worst of everyone else, long as they’ve got support of their immediate peers. Not even the elite are exempt from this (perhaps that should read, the elite are especially prey to this habit). See this example. Everyone likes to think that they and they alone hold the higher moral ground.

6. Nothing matters more than the all-conquering Top 10. Ask any BuzzFeed editor.

7. It wasn’t very good satire. That’s the fall-back line for anyone ‘caught out’, not getting the joke first time round. It’s not their fault for being slow or surface-reading – it can’t be – but that of the writer. But perhaps it’s no one’s fault? Maybe for satire to work it needs to be accompanied by a great flashing neon sign saying THIS IS SATIRE in seven-foot-high letters. Not even that’s a guarantee, though – eh, Lily?

8. People often only read music criticism to validate their own taste. This list is so clearly lowest common denominator, that most of those not bothering to do more than skim-read would immediately feel superior – and perhaps outraged. And the Internet allows immediate response. See points 1, 2,3, 5 and 6 again.

ADDENDA
Astonishingly, people are still leaving similar comments, even on this blog entry. Witness the following:

What about Ok Computer Radio Head?

No Dylan – how can greatest hits compilations count.

5 Responses to THE TEN GREATEST ALBUMS EVER MADE | A RESPONSE