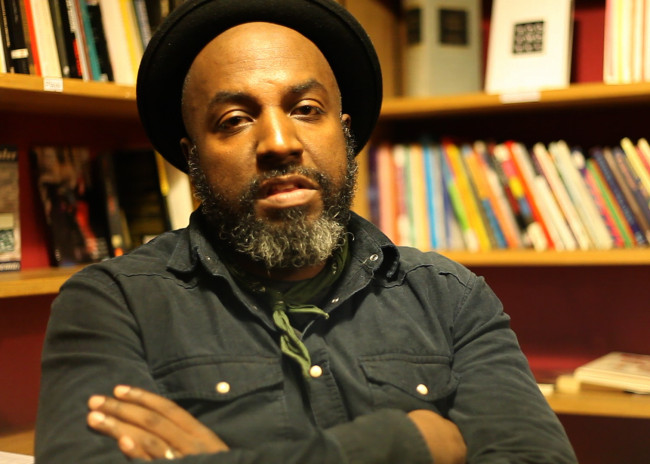 There’s a truism that no one likes being told they’re gonna like (or dislike) something. Holds true for film, for music, for literature. (This is where critics come in; they act as surrogate intimate strangers while simultaneously providing just enough of the necessary distance.) Yeah whatever. It’s a truism because it is a statement that is obviously true and says nothing new or interesting. It also ain’t true, not always.

Depends on the source. Always depends on the source. Also depends on the motivation (are your sources trying to get one over on you, prove how superior they are in terms of cultural capital and so forth). This source is impeccable, and when it becomes fine-tuned to focus on me and me alone, that is more than fine. That is superfine. Dude clearly knows of my deep fondness for deep dub, for the sparse and satisfying rhythms of Horace Andy and King Tubby. I like to relax with the dub (it probably has something to do with my early experience of punk gigs in West London – by ‘punk’ I mean feminist-charged, of course – and their fondness for dub sound systems), with the sub-dub, with the rub a dub dub. It does not intrude, but (can) sometimes gently educate or reassure or capture feelings that cannot be captured through sheer voltage or incense alone. This dude here, this Roger Robinson (King Midas Sound) with his English heritage and his Trinidadian heritage, his sound is so sweet, so resonant and sweet and stately…

Or perhaps my love for dub comes from exposure in the early 1980s to live shows from Linton Kwesi Johnson and tapes from New Age Steppers. You know. The superfine stuff.

This whole new solo album, Dog Heart City, is so fine, superfine. It makes me want to smooch and saunter through the streets humming the refrain to ‘My Love’ like I did so many times. It makes me want to hug those guys in the West End market in Brisbane blasting out lower-than-you frequencies on their sound system (the only time I heard live dub in Australia in seven years, clearly hanging in wrong places). It makes me want to create.

This one, this one sends me tipsy delirious with joy.

All of the songs do, though. All of them. Every last superfine one.

As extraordinary as this.