The return of Everett True | 142. The Prodigy ft. Sleaford Mods 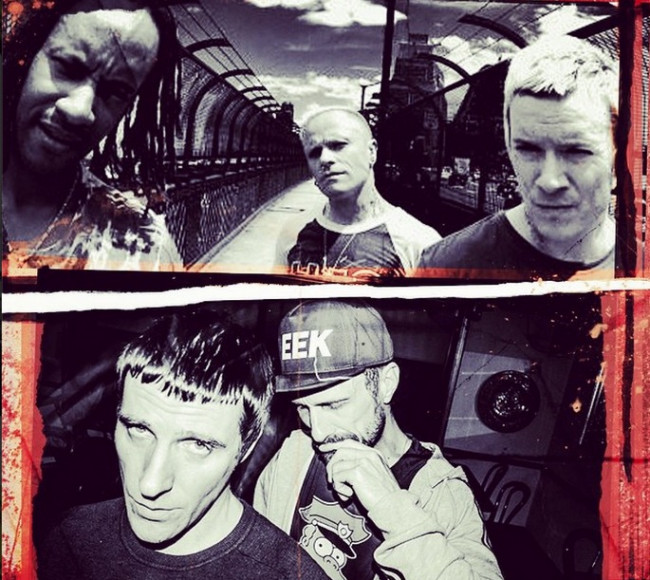 Some of us always heard The Prodigy behind them, in the rotten silences, in the beer-twatted halls. Everyone needs a fucking standard-bearer sometimes, covered in piss and sweat and baccy stains. It’s an answer to the strangled liberalism that binds so many in useless knots of discontentment.

Prodigy are punks, from what I understand by the term. I was spat at in ’77 for wearing a school tie with an Essential Logic T-shirt, cycling with no hands across the central reservation. Sleaford Mods are punks, like some of you need glue rammed up your eyehole. No one spits in my face these days, just blearily beerily threatens to knock my imaginary pint over online for not agreeing with each sentence pumped through the dissemination machine. I have no way of understanding if this song is a) about Ibiza the place b) about Ibiza the state of mind c) about Ibiza the standard-bearer holding place d) about Ibiza the dog-catcher and whether it’s a) descriptive b) negative c) angry d) nervous. The retro-futuristic space age bleeps would indicate that Jamie Oliver isn’t welcome at this party unless he wants to fucking cook and SHUT UP, of course.

(Respected critic Carl Loben writes, a) and c) – “What’s he fucking doing!?” is clearly a response to some plastic ‘superstar’ EDM DJ stood onstage at Ushuaia waving his hands in the air and not seeming to do much DJing… It’s a four-word critical masterpiece!)

Bit of fucking rough. You know you love a bit of it.

Plug it in, pre-mixed, all bought it
It’s all about the gear
Bleached-hair wanking mates just flown in on the leer
Private-jet, personal flyer
All Danny, all fucking Dyer
Straights eight quid a packet?
Fuck that, I’m on the baccy mate (transmit)

2 Responses to The return of Everett True | 142. The Prodigy ft. Sleaford Mods