The return of Everett True | 139. WetDog 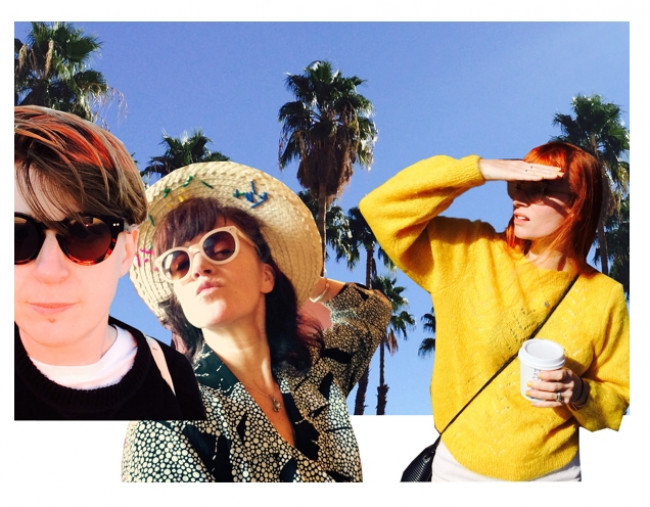 I found this on the Upset The Rhythm homepage. You might want to give it a listen, cousins.

It might not excite you. I don’t care, really. It makes me happy, bounce to the ceiling. It makes me happy, sit on my glasses. It makes me happy, sprawled across grass. It makes me happy, search out the old harmonica. Earlier today I was listening to a new Adrian Sherwood compilation. That made me happy too, sneaky glances at hotpants. So hungry, so angry. I mean, I don’t know what to tell you. Of course I care if you’re not excited by the fact there’s a new WetDog album on the horizon. It ain’t often like I feel I’m not missing out but trust me when I say this. I’ve got WetDog and the new On-U Sound compilation in my headphones and on my stereo. I AM NOT MISSING OUT. (You know ‘Private Armies‘, right? You know Maximum Joy, right? You know how much I rate Upset The Rhythm as a label, right?)

I’ve got an advance of the new WetDog album.

You’ve got a wet dog?

Yeah. Man, I’m psyched. It ain’t physical, you understand. Well, it is physical. My eyes are dilating, my pulse is strychnine. I can feel my pulse speeding up.

Slow down man. What’s this you say? A wet dog?

I know man. Strange rhythmical noises. I hear ya. That is exciting.

Yeah yeah yeah. The way they sound, the way they sounded then… it’s equal but different, equal but different. Obvious. So obvious. The album is called Divine Times and I swear the title track – all spooky and mysterious and warbled and insistent and devastatingly unsettling – is Raincoats good. The sort of song I’d have had fisticuffs about 25 years ago with famous rock stars, each of us punching the other for saying they liked it more. It exists in a space to itself. It exists in a time alone. It is brittle and brutal and unnervingly GREAT. Do you even understand what I’m trying to say here?

What’s that you say man? You’ve got a raincoat? Good. You’ll need it for that wet dog.

No, not a wet dog, the WetDog. Listen. ‘Small Talk’ is disquieting and cylindrical like Effi Briest…

No need to swear…

Effi Briest, doo-rag. ‘Chocky’ is not. Last weekend, you know I went out last weekend down Paddington, right next to the Suncorp stadium where a hundred thousand lonely rugby fans clutched milked programmes to their chests, well I was there right to see all these peculiar instances of human emotion and turmoil in musical form, and one of them happened to be this band Bent, and get this…

Get bent? That’s not nice.

No, get THIS. I was talking with Glen from Bent – and man alive they’re like Australia’s third brightest underground bonanza or something – and he reckons that him and the ladies (or, more correctly, the ladies and him) were inspired to start Bent, maybe not inspired, maybe I’m surmising because of this weird-as-weird plucked atonal string refrain on ‘Chocky’ that’s totally distracting me BECAUSE I’VE GOT AN ADVANCE OF THE NEW ALBUM FROM WETDOG!! , but maybe driven by the band they reckon are the U.K.’s third most brightest underground bonanzas, and they say that band is… you guessed it…

Bent’s favourite band are WetDog. How’s that for serendipity? I mean, how’s that for neat tieing up of loose ends that don’t exist? I mean, how’s that? HOWZAT? HOWZAT? You know what I want to listen to right now? (This often happens when I’m so enthused: I can’t bear to listen to just one song alone. I want to listen to three, to 15, to 300 simultaneously while also playing the song I’m listening to – the delightful and secretive ‘Jockey Slot’ from THE NEW WETDOG ALBUM – several times over in a row.) This.

No. I fucking WON’T. You really don’t get it, do you? wET dOG are… I once wrote…

The songs I can’t deconstruct, but I know with certitude it’s the sort of music you write when you can’t be arsed sitting around trying to figure out some lame-ass cover version. ‘Tidy Up Your Bedroom’ with its harmonies to die for – fucking die for, I said. ‘New Partee’, misspelled but still brimful of indignation. The agoraphobic and bruised ”Dirty Outside’; the ridiculously mischievous ‘Goat In The Garden’; the mysterious ‘Magnet Face’… All of these – and more – are songs so full of care and riot and imagination, it hurts even to type their titles. Sarah drums like it’s the first time she’s played her kit; but in a good way. ‘Shit Day’ floats and stings like former prize-fighter Screamin’ Jay Hawkins given half a pad of blusher.

I saw somewhere today that that above review (of which that is only a part) changed someone’s life, and… well, why would I make that up? And the above quoted words are applicable and the above quoted words SO NOT APPLICABLE I am starting to burn with anger at the stupidity of my 37-year-old self. (Did I type 37? I meant 47.) We Did Not Care. We Did Not Care. ‘The Means’ has an organ to die for three times. ‘Sometimes I’m A Bitch’ is like backwards moonwalking. I want to tell you, I so want to tell you…

Go ahead. Don’t let me stop you.

I want to say, that THIS MUSIC DOESN’T MAKE ME DESPISE MYSELF. Such an unusual feeling. That just sometimes – very occasionally – I know I get it right. This is one of those occasions. ‘Jym Fingers’ is an oyster-free aphrodisiac. ‘Twilite’ is playful like Bill Sikes. This time I know I have got it right. My secret place is a patch of grass in Westbourne Grove, 1982. For a few sweet minutes, I felt like I’d found home.

Darker, more disparate and still deadpan. WetDog are my home.