The return of Everett True | 120. The Wendy Darlings 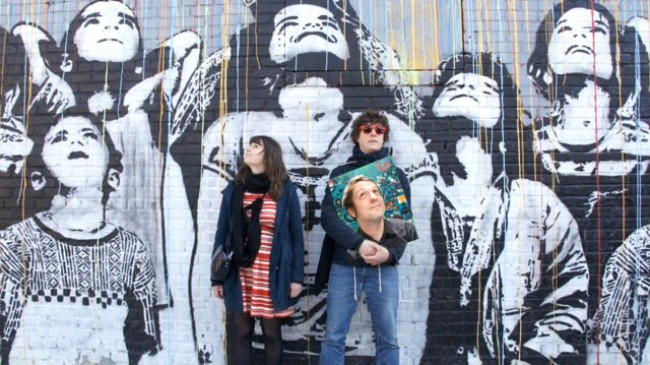 I never do this. Or rather, I’ve never done this before.

I’ve sometimes featured the same person a few days in a row – usually in sad circumstances, or when they’re in different bands.

I’ve always held off from running two Songs of the Day from the same album, though – much as I’ve sometimes wanted to. Not within a couple of days of each other.

It sets a bad precedent.

It makes it unlikely that anyone will look at the second entry.

It’s contrary to the whole spirit of the series. You listen to a band, listen to their song, and you move on. Life is a series of impermanent happenings. There’s too much. There’s always too much.

I can’t resist, though. Don’t want to. Couldn’t if I tried. Please don’t hate me.

They understand – probably not by design, certainly not by committee – what once made Ramones, Comet Gain, Heavenly, Lesley Gore, Shonen Knife, Prolapse, Ramones, Ramones, Ramones, Pastels, Skeeter Davis, Buy Off The Bar, Pounding Serfs, Camera Obscura, Concretes, School, Loves, Yeah Yeah Yeahs, Huggy Bear, Lulu, Elli et Jacno, Pee Chees, Orange Juice, Ramones Ramones Ramones, Lungleg, Michel Polnareff, Kenickie, Undertones, Les Calamities, Television Personalities, Chin Chin, half of this series itself… so great. That petulant glee. That grandstanding twenty-something (thirty-something, forty-something…) refusal to face up to the facts and get on with life, the bounce behind the casually thrown-away “yeah yeah yeah”, the laconic grace behind hitting the drums stand-up, the irresistable slide into bratty nostalgia, that schoolyard stomp and schoolyard blam, the ringing jangling guitars, the Phil Spector drums, the boy-girl boy call siren, the laughter, the ennui that exists behind every kid-less Sunday, the late rising, the turbulence, the joy of discovery and rediscovery and discovery, eyes still wide open even though the world keeps telling you to close them, close them tight shut, the voice of adulthood vainly trying to admonish but totally ignored, Brighton beach in the early hours of the morning, racing around Olympia throwing snowballs at fire hydrants, the falling apart and laughing, another boring eight hours at work but it hardly matters because the fucking FIREWORKS ARE PLAYING TONIGHT…

It’s like a Comet Gain shorn of all the cynicism.

That line, “I want to sing ‘yeah yeah’ all day/You’re not a teenager anymore” is the greatest lyric I have heard this side of Christmas.

I know I caught many of you off-balance with my recent recommendation for Pop Album of the Year 2015 – a dazzling slice of R&B – but for all you Ramones and Shonen Knife fans, all you Slumberland kids and Belle & Sebastian romantics, all you old school Pastels and Shop Assistants acolytes and TVPs freaks, all you How Does It Feel To Be Loved? Northern Soul dancers, all you Huggy Bear fans… here’s my early nomination for Indie Pop Album of the Year 2015.

Related posts: The return of Everett True | 117. The Wendy Darlings

One Response to The return of Everett True | 120. The Wendy Darlings