The return of Everett True | 117. The Wendy Darlings 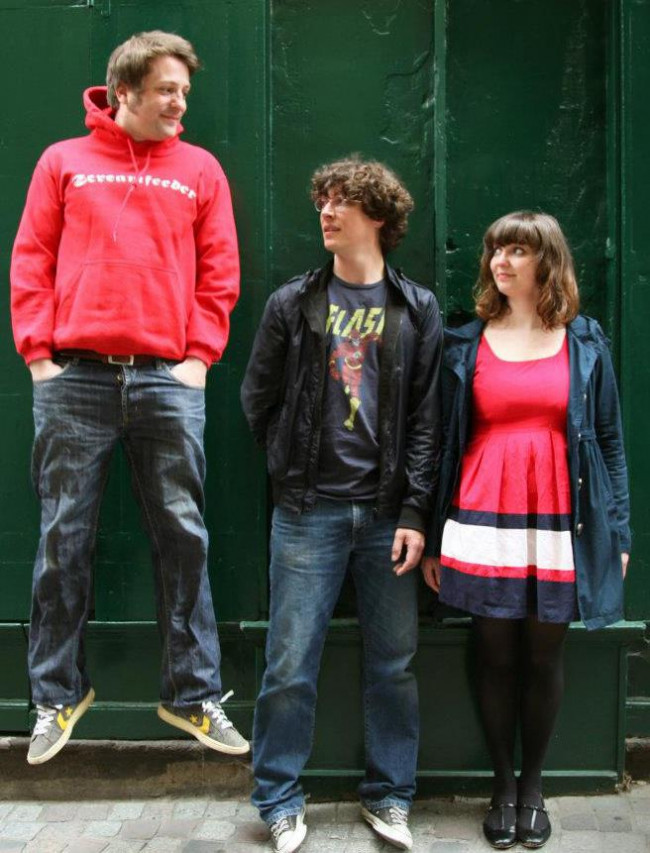 This one has a little of ace unforgotten post-Riot Grrrl 90s U.K. indie band Prolapse about its intro before lapsing into full-on pop. It reminds me of former Brisbane sweethearts The Go Violets in its shouty melody, but that’s natural. Enthusiasm over ability, any day.

Actually, my bad. Prolapse were way more shouty and turbulant than this.

This is pop laconic, done with a minimum of overkill. The way I often like it. All the whoo-oo’s. All the subdued boy-girl harmonies. The inference that it’s cool to be cruel.

It’s an imitation of Christ. Christ today being something I lost 30 years ago. From the Oddbox album The Insufferable Fatigues Of Idleness. I did inform Trev Oddbox that there was no way no how this was making Song of the Day until he’d sent me everything the band had ever released ever but then there was an awful lot of this…

…going on, so I figured that’s not the reason I do this series anyways, getting free music, it’s just a way to document the turbulence running through my head as my life is mired in stasis (I was in a nemocore band with Don Fleming called Turbulance, deliberately misspelling) so I should run with it now damnit, damn the horses and damn the furies and YAY! to The Wendy Darlings (great name).

This one is a Christmas song. And you should all know this one thing about me. I’ve never been able to resist Christmas songs. Especially ones as endearingly shambolic as this. Actually, it’s bloody awful but as we love The Wendy Darlings today we take that as a major plus.

This next one is the one we’re here for today, though. (Keep up at the back, oh please do!) This is the monster hit to be played in front of pulsating Istanbul nightclubs, yelled from rooftop terraces, shunted down park byways and playlisted TO THE TOP alongside The Lovely Eggs and The Middle Ones. Something about the way the music has space to breathe (barely). Mostly about the girl’s voice, and the plaintive repetitive pleading. Something about the way it grows and builds in such a laidback, unfussy way.  Just one too many, one too many, yeah yeah yeahs, that’s what we love – us and Kathleen Hanna, we have it on good authority (from her, yesterday) that she loves a good “yeah yeah yeah” too so we ain’t gonna disturb that notion. (And yes, of course. Great band – the first album anyways.)

From France, and we don’t even mind the drummer’s haircut.