The Question of Authenticity and Lana Del Rey 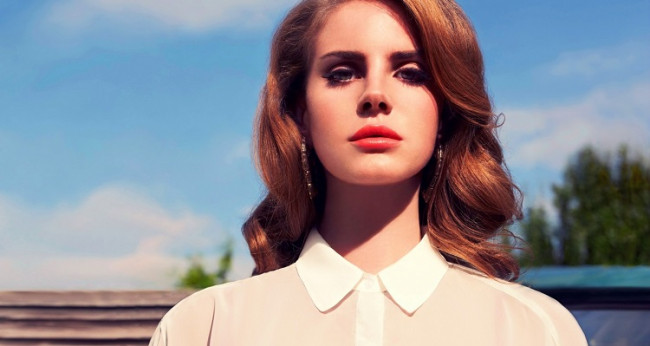 I find the story of Lana Del Rey fascinating, but probably not for any of the reasons you would expect. It’s a story about an artist who may be receiving too much attention, too soon. Everyone is talking about how everyone is talking about Lana Del Rey, which makes one expect that she will disappear as quickly as she was conjured up. Of course, not before receiving a healthy dose of backlash. Children can be so cruel, you know.

ARE HER LIPS REAL?

I can’t think of a more uninteresting topic of conversation. Especially when there is something much more interesting, and perhaps more pressing, to talk about. You see, while most people are using their mental facilities to ponder what percent of Lana Del Rey’s lips are filled with botulinum toxin, and wrestling over whether or not it is OK to like her now that she has signed to a major label, they completely overlook what is actually interesting about LDR. Her song ‘Video Games’ is a dark song — a creepy as fuck song — about being controlled, and about the nihilism of the young and bored in modern-day America where everyone has their own celebrity surrogate — someone they can watch to feel better about themselves — a person they hold in their minds at night as they whisper, “At least, I’m not as bad as her” while rocking back and forth trying to fall asleep. If you don’t believe me watch this video. And yes, Lana Del Rey edited this herself.

It’s as beautiful a collage about American celebrity culture as you can get. And at the same time it conjures images of 100,000 middle class homes where the female of the species rests quietly, maybe just drunk, in a haze of marijuana smoke watching quietly as one or more males play video games. The snapshots of this microcosm and macrocosm reveal that the same issues of power and control form the basis of each, and have the same depressing results. Unfulfilled desires, expectations to behave and misbehave in the appropriate contexts, and desperation for acceptance and love. This is real life for many young women around the world. And the song deserves to be heard by thousands of young women who can relate to the nihilism, the self-hatred and the struggle against darkness represented in this song. Let us hope it serves as a warning.

This type of female voice, expressing these worries, these contradictions, simply does not exist anywhere else in popular music right now. The first thing I noticed about ‘Video Games’ was the lyrics.

The power relationship between the female voice and male love interest are established in the first two lines of the song. She is “swinging in the backyard”, the activity of a child, implying that she is clinging to remnants of her own childhood innocence. He pulls up in a fast car, whistling her name, meaning that he chooses her, not the other way around.

His command to “get over here”, follows right after she begins drinking.

She is dressed in what he wants her to wear, or what she believes will please him. He is the spectator and every action is performed for his benefit. There is nothing revealed about the desires of the narrator, other than her desire to please, although it is apparent nothing is being returned. He takes “that body downtown”. Her body. She is no longer a person, just a vessel, or an interchangeable accessory. She gives support, and awaits her reward, “lean in for a big kiss”.

It’s you, it’s you, it’s all for you
Everything I do
I tell you all the time
Heaven is a place on earth with you
Tell me all the things you want to do
I heard that you like the bad girls
Honey, is that true?
It’s better than I ever even knew
They say that the world was built for two
Only worth living if somebody is loving you
Baby now you do

The cycle continues as she reveals all of the things she must do to get his attention — to keep his love in a life that is “only worth living if somebody is loving you”.

The image of playing a video game could be a metaphor about how he controls her every action. It embodies the detached feeling that follows a party lifestyle and mirrors the disintegrating line between reality and reality TV.  This isn’t a love song. This is a song about being controlled.

And all they can chatter about is “Are her lips real?”

I hope LDR gets so rich she can afford to change her face every month. Her fluctuating identity will allow her to terrorize NYC, flipping over cars and pissing on the doorsteps of anyone who asked the question, “Are your lips real?” with no legal repercussions. Soon, her identities will become so interchangeable that people will begin to suspect that every new artist, female or otherwise is actually Lana Del Rey inhabiting her most recent disguise.

Of course, there is a slight hitch in my fantasy. Lana Del Rey doesn’t yet have the confidence to flip the world of pop music on its head. In fact, I am worried about LDR. In an interview with complex.com, responding to a question about how she responds to negative comments and criticism she said, “I’m not that cool. I feel like I want to fucking kill myself. It’s miserable.” Then responding to a question about her music videos she remarked, “It’s not like the videos are that good. I’d rather them not be up, but whatever. They’re fucking weird. It’s not like I wanted the videos to look that way; it’s just what I was working with at the time. I’m not sure it’s a perfect representation of what I would have chosen if I’d had more money (laughs).”

It’s even more disturbing to watch video of her giving this interview after winning Next Big Thing at the 2011 Q Awards. Her posture, the way she blinks and lowers her eyes when answering a question, the self-deprecation. For True’s sake I think she almost starts crying at 1:30!

Listen, there are a few points we can be sure of regarding Lana Del Rey. She is sarcastic, and aware. She has a unique voice. She shows the potential to present an original perspective in her song writing. She makes good videos … and she comes across as completely terrified of being dragged through the hype machine. Which, when you think about it, seems completely reasonable.

But if the voice in ‘Video Games’ really belongs to Lana Del Rey and not a fictional character, then it makes perfect sense that she has wound up in another abusive relationship, one where she will be controlled instead of loved; by signing a deal with a major record label.

And if Lana Del Rey ever starts reading what people are saying about her, I hope she reads the following piece of advice. Anger is an energy.

And that goes for you too. Every time someone makes a personal attack, or tells you that you aren’t good enough, or makes you feel like you are crazy, just remember that you deserve to be free and that no one has the right to rob you of your dignity. If only Lana Del Rey could channel the anger, the terror, the desperation that is so close to bubbling out of her mock-Old Hollywood costume and her self-conscious Joan Crawford hunch. We could use a little less Lana Turner and a little more Barbara Stanwyck here. Why does every live performance consist of LDR shuffling awkwardly and looking as pathetic as a half-drowned kitten?

If she would only lose her cool.

If she would only move her feet.

Just think of what she could do.

Eh, who am I kidding. I’m sure her new album will be terrible.

Related posts:
two discussions around the notion of ‘authenticity’ in pop music
Everything Is Plastic – The Corrupting Ideal of Authenticity In Music

46 Responses to The Question of Authenticity and Lana Del Rey