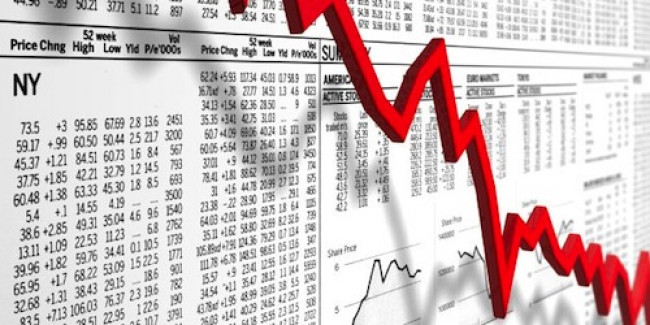 Hear ye, hear ye. Come gather round friends and listen to the news. Album sales are at an all-time low. The American music industry is dying. The vultures are circling, the jackals are prowling, and it is surely only a matter of time before the whole sorry mess collapses in on itself. When things start going wrong it’s natural to start pointing fingers. To many people the most obvious culprit is digital downloading, both legal and illegal. Illegal downloading results in lost dollars, and legal downloaders aren’t always interested in entire albums, many preferring to pick and choose individual songs. Others choose to ignore the whole issue with technology and simply point to what they believe is the obvious reason for diminishing music sales: MUSIC SUCKS. Yes, the reason album sales are plummeting is because there’s a lack of good music. Perusing the comments on various articles (a bad idea at the best of times but I’m trying to make a point), many seem to think that music just isn’t as great as it once was.

Let me show you some examples:

“It all comes down to the quality of the material. So many of the releases today lack imagination and creativity when it comes to the actual song and production. It seems that we are treating the consumer as if they will buy anything. Just because it sounds good does not mean that I would buy it. What happened to those songs that touch you in multiple ways, not just the ones that will make you say humm, not bad.”

“The market is overloaded with mediocre CDs or downloads.”

“Might have something to do with how most popular music today flat out SUCKS.”

You know what I say to that? Bullshit. First off, album sales these days are still better than they were in the 60s, the so-called golden age of music. Outside of The Beatles, album sales were nothing compared to the 70s, 80s, and 90s. In the top 70 best-selling albums of all time, only three come from the 60s. The real reason album sales are down is because there’s too much good music out there being made by a ridiculously diverse bunch of people. We’re being overloaded with amazing albums and people just can’t keep up. I’m not fucking kidding here. If you can’t find good music in this day and age, then you aren’t trying. You’re in decline but, instead of looking in the mirror, you’re blaming music and society. I can see by that look in your eye that you want me to explain some more. Fine, keep reading.

The vast majority of albums bought from the peak years of the music industry were for shit product. Let me name you a few artists with an estimate of their total album sales:

That’s a billion album sales from seven artists with nothing but shite on every album. A billion. Many classic artists haven’t actually sold very much. Combine the total album sales of The Small Faces, Aretha Franklin, The Velvet Underground, Nico, Funkadelic, Kraftwerk, The Raincoats, Sonic Youth, Throwing Muses, Public Enemy, and Elliott Smith and you still haven’t topped Their Greatest Hits (1971-1975) by The Eagles which has estimated sales of around 40 million. Throw 10 or 15 more of your favourite artists into that calculation and you’re still not even close.

The past is littered with garbage that sold in unfathomable numbers. Want more proof?

Ugly music, unbelievable album sales. So who was buying this shit? In the 70s and 80s, straight white males made a lot of shitty music, and this helps us answer the question of who bought the music and why these same people tend to be the ones who think MUSIC SUCKS right now. It used to be that all you had to do was be a SWM (straight, white male) who got signed to a major label and fame was all but guaranteed. By 1969 SWMs dominated the album charts, from the perspective of both artist and consumer. Look at the reaction to disco, music not initially made for SWMs. DISCO SUCKS. SWMs controlled everything, and they had a very limited idea of what constituted good music. Artists such as The Eagles, Eric Clapton, and Bob Seger appropriated from outside their race and class and imagined themselves soulful, complained that disco lacked soul, and thought their drug habits and romantic troubles made their lives comparable to old bluesmen. Then, by the late 70s, most stadium guitar bands had stopped listening to contemporary black music altogether. Guitars got louder, and stadiums got fuller. Just at the moment when SWMs were at their peak, however, it all started to come undone.

Although punk was a movement dominated by SWMs, its right-on ideology and do-it-yourself philosophy allowed many non-white, non-male musicians such as X-Ray Spex, Bad Brains and The Slits to break through and create some space and some music. Meanwhile, as the 70s turned into the 80s, mainstream pop had no place for the SWM. Michael Jackson, Prince, and Madonna dominated, and suddenly the charts looked like a scary place for SWMs. As a result, they doubled-down on their ideas about soul and authenticity, imagining their guitars, which had previously filled stadiums to the brim, were suddenly symbols of rebellion and bucking the mainstream. When Nirvana knocked Michael Jackson from the top of the American album charts, it was greeted by many as some kind of cultural victory for real music over pop superficiality. However, as time went on, victories like these became more and more unlikely, and American SWMs turned away from pop culture in disgust, preferring modern country or guitar heavy cock rock. The process had begun with punk, and was accelerated by the dominance of artists such as Prince and Madonna, but by the mid-90s American SWMs had all but abandoned mainstream pop, for the same reason that they had abandoned the idea of government: it became obsolete when it stopped serving their needs explicitly and after that it became a symbol of corruption and herd-thinking. If SWMs don’t like what’s in the pop charts, then the pop charts must be bullshit.