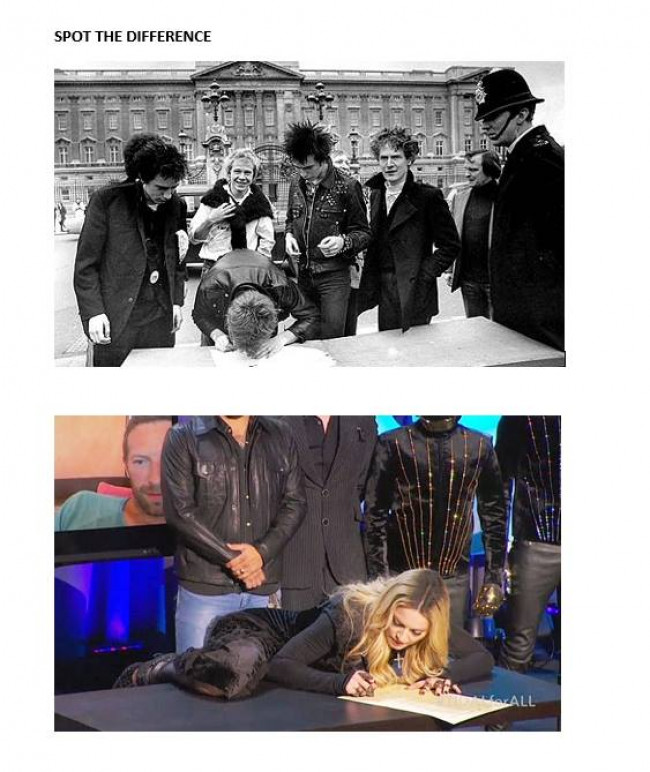 Welcome to the beginning of a new era. Experience the difference. #TIDALforALL

I wonder where they think the money is coming from. I wonder if they even realise the way they’ve marketed their campaign like some right-on charity launch is a major FUCK YOU to hundreds of thousands of actual charity workers the world over. Crass, insensitive and misleading at best. Early days yet, but this seems a major failure in customer relations on a par with Bono’s astonishing ego-wank last year when he and Apple sent corporate spam in the form of a long-playing album to millions upon millions of music listeners, whether they wanted it or not. And then made it impossible to delete.

‘The Tides They Are-A Changing’ #TIDALforALL. Together, we can turn the tide and make music history. Start by turning your profile picture blue. #TIDALforALL – Jay-Z and Kanye West

When this many entitled hyper-rich pop stars gather in one room, isn’t it usually to save a small African country from the evil machinations of the first world that helped make these entitled pop stars hyper-rich in the first place? i.e. to give the illusion of saving others, not themselves. It’s rare when they strip away the illusion and expose the naked greed behind. Rare, and totally fucking nauseating.

Astonished Bono wasn’t there as well. Or would that many other egos present have stripped a little of His (tax-avoiding) Majesty’s magic away?

I read this on Neil Kulkarni’s Twitter feed this morning. Thought I’d nick it without permission. He can fly over to Australia and slap me across the face if it’s not OK.

Why hasn’t Jay mentioned the pay-out model? Until this is firmed up I’m not calling yay or nay on Tidal. For artists though, anything but Spotify has got to be better. This quote from Jay struck me as odd though:
““[I hope] artists come here and start making songs 18 minutes long, or whatever. I know this is going to sound crazy, but maybe they start attempting to make a ‘Like a Rolling Stone,’ you know, a song that doesn’t have a recognizable hook, but is still considered one of the greatest songs of all time, the freedom that this platform will allow art to flourish here. And we’re encouraging people to put it in any format they like. It doesn’t have to be three minutes and 30 seconds. What if it’s a minute and 17, what if it’s 11; you know, just break format. What if it’s just four minutes of just music and then you start rapping?”

What if I already got all of that format-fuckery and innovation on Bandcamp + also bought off bandcamp safe in the knowledge that any money I spend goes directly to the artists, and that I get access to a perfectly adequate streaming service via Bandcamp in addition to the physical things I get (vinyl/tapes/CDs/mp3s). We are being repeatedly told that ownership/storage is yesterday’s news. That the future will be all about streaming and connectivity. Why are we only ever being told that by the fabulously wealthy (seen a calculation that the networth of the people on stage for Tidal was somewhere in excess of £3bn)? “Sustainable eco-systems for music” trans. “most siphonable wealth-creation model for music” that will benefit big names and fuck everyone else. This idea that labels would be able to ‘reinvest’ in new talent – yeah they would be able to BUT THEY FUCKING WOULDN’T. They’d just look for new versions of old successes. I like owning stuff, I like holding it in my hand, and I am not in some obscurantist luddite minority. My instinctive reaction when being told I’m being superannuated is to say – by whom? And why?

Anyhoo, yeah. What’s Tidal’s pay-out model? Any diff. to Spotify? If not, fuck Tidal too.

I read an article on Gawker that summarised the general mood.

Imagine this: canceling your Spotify subscription, and paying $20 for a Tidal subscription instead. It’s more expensive because it’s “higher quality” and “artist-owned,” which is important because Usher, Daft Punk, and Madonna have been living in wretched penury for far too long, and it’s time for people to give back. The modern-day Our Gang (which counted among its members not only the aforementioned supernovas, but also Rihanna, Nicki Minaj, Kanye West, Chris Martin, and Jack White) held a “keynote” to promote Tidal, the already extant European streaming company Jay Z recently purchased for $56 million because he’s bored.

And there was one from Sydney Morning-Herald.

The co-ordinated effort has been hit by a backlash from fans for employing activism tactics to promote an app which helps musicians earn more money rather than using their voice to publicise a genuine charity campaign.

One Twitter user wrote, “So proud of the upper echelons of the music industry all banding together to make Jay Z some money. #TIDALforALL” and another added, “I hate it when #TIDALforALL is disguised as a charity when it’s an overpriced product launch. Disgusting,” while one other wrote, “Multi-millionaires doing an awareness campaign for their favourite charity: their bank account #TIDALforALL”.