The Jezabels – The Brink (Independent) 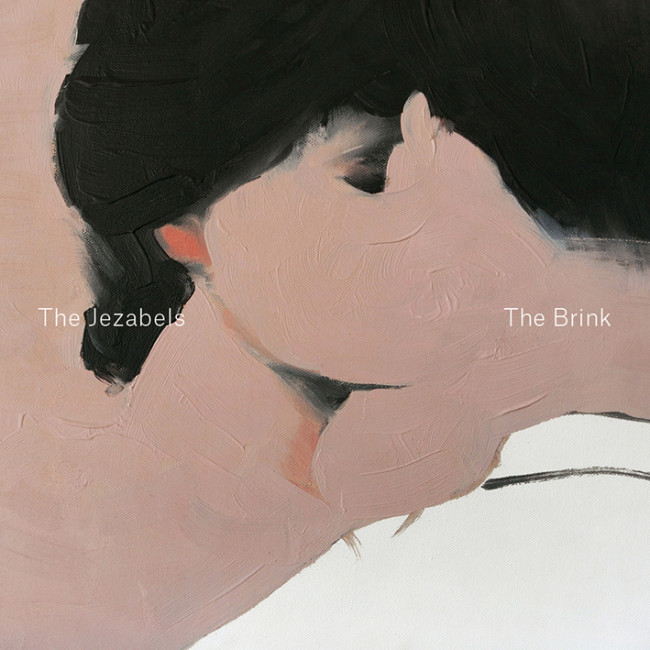 About a year ago, at a drinks function at my workplace, a young buck who styled himself as an urbane inner city ladies man was steadily plying himself with complimentary refreshments and gilding his self-impression as master of the domain. I let my guard down and wound up in a circle with the young master, but studiously avoided interaction. He drained his beer with an overstated gesture and as he said goodnight, in a moment worthy of the Great Detective, I wished him a goodnight by saying “Have fun at the Jezabels tonight,” who I knew were playing on Oxford Street.

He blinked effortfully, steadied his footing as best he could, and said “How did you know I was going to the Jezabels tonight?”

The Jezabels share much with the majority of domestic brands (sorry, “bands”) regularly featured by the Australian national youth broadcaster (the Rubens, for example). They cater to the reigning social barons, the blanched, bearded and bespeckled, who make thousands of cost-benefit decisions every day about clothes, appearances at social events, and other consumption opportunities. Bands function as social signifiers, and so the Jezabels are anodyne to the fretting of the young socialite. Alignment with them is a no-brainer: it contributes to their cachet, and is pleasant to the ear (it’s assumed – I don’t think its possible for their fans listen with their full attention).

The Jezabels’ stylings are big, sweeping, uncomplicated, and didactic, which makes sense because the Jezabels are a logo. There’s no doubt about the response the Jezabels want to strangle out of you. You are a vessel brimming with attention and adoration; each song exists solely to ratchet your already swelling appreciation into a raging eruption that covers them in glory.

Take the first and title track of The Brink. Perfectly quantised drums and guitar repeat an identical rhythm lock-step while forgettable sections plod past with no connection to the last or contribution to any discernible gestalt. I pine for a lyric sheet, which shows how desperate I am to understand why this song exists1. As nihilist conceptual art, a happening that is meaningful only for its illumination of the absurd pointlessness of human endeavour, it’s brilliant.

This tactic of straining for profundity (of the slow-motion-footage-of-a-plastic-bag-blowing-in-the-wind kind), as if it were a recalcitrant turd that won’t come loose, continues with “Time to Dance”. An asinine piano power-whatsit, it also lacks any apparent raison d’être. I’m still having trouble grasping what the fuck they’re saying, but this time I’m more comfortable concluding that even if I could I still wouldn’t warm to it.

And so the vapidity goes on for 8 more predictably similar songs. “No Country”, impossibly, sounds even more exactly like U2 than the rest of their wretched discography. In fact, it sounds especially like almost every song you’ll hear if you turn on our national broadcaster’s weekend video music program.

Apparently this is a band who explained an earlier song,  “Mace Spray”, with “It’s hilarious that someone would carry mace spray … but it’s also very sad”2. How serious do they want to be taken? Serious enough to describe their genre as “Intensindie” on Facebook. Maybe that’s satire, in which case I’d be stoked, because I’d be grateful if I could hear their catalogue of overblown attempts at seriousness as some sort of long experiment in irony.

Here’s irony: this music is so gleaming with an eagerness to be popular but is missing everything that’s good about pop. Pop music is supposed to amplify the feeling of living. It has to be possessed by it, whether as joyous unbridled energy, sombre reflection or excoriating catharsis. The Brink is a nothing. It’s not even empty calories – there’s no thrill on the tongue, just a feeling of bafflement and the kernel of a thesis that culture is ultimately irreconcilable with capitalism.

Analysis has clearly preceded output at every turn in the making of this album. Every gesture is reaction-bait, chosen with cynical precision and semiotic canny. It’s an exercise in trend-spotting. And it’s not even clever about how calculated it is; in fact, it’s offensive how low they’ve aimed in making a batch of recordings that are so patently engineered to get a bunch of A&R guys’ perineums tingling. If your only aspiration for your music was market dominance, would it hurt you to try and lead it a little, even if you’re just leveraging your audience’s lust for hipness?

I’m told the band’s name is a direct reference to the Jezebel of lore. The affected spelling represents the problem here. They’d be a hell of a lot more interesting if they had even even a skerrick of the non-conformity and danger of their namesake. The Brink is what happens when people only have ideas about production and none about songs. It’s not the first like that, and its scarifying effect will be limited when its minor horrors are rinsed from memory. What really sucks is that someone thought it was a good idea to release The Brink. At the risk of repeating myself (and something I adapted  from elsewhere3), to anyone for whom the Jezabels is your first favourite band, I’m sorry, but your taste in music has violently miscarried, and your opinions are an incurable parasite on the collective unconscious. For proof, look no further than the “did you even listen to the album?” objections this review will elicit.

1I’m a fairly illiterate music fan. I tend to only expect lyrics to have meaning if nothing else is working for me, but have admitted this shortcoming in the hope I will learn to correct it.

47 Responses to The Jezabels – The Brink (Independent)