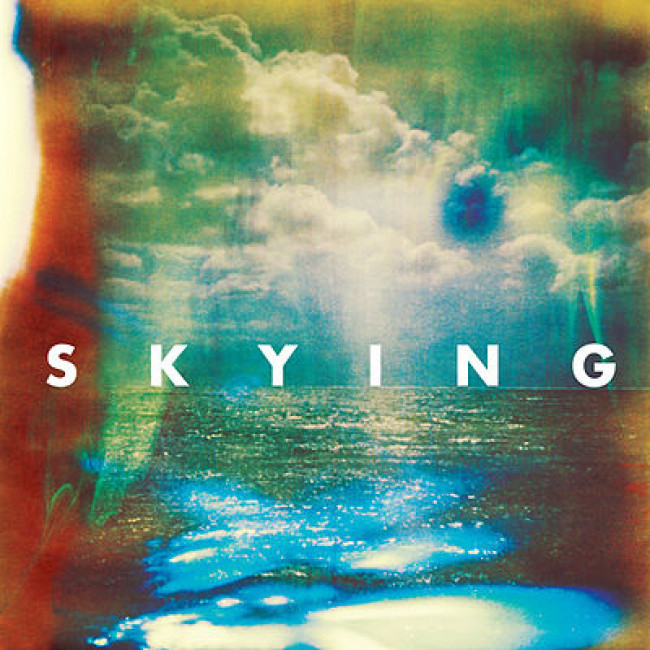 The Horrors. Another band that’s passed me by.

Before we start this review, I think it’d be worth our while to talk about a certain form of prevalent shorthand. If rock critics reference any of the following bands – Echo & The Bunnymen, The Chameleons, Syd Barrett-era Pink Floyd, Simple Minds (doesn’t matter which era), Psychedelic Furs, Can – then what they really mean is THIS BAND SOUND LIKE U2 BUT WE’D RATHER NOT SAY SO BECAUSE THAT WOULD PUT US ON THE SAME LEVEL AS YOU, OUR READER. So, when music writers talk about ‘Changing The Rain’ (the opening track on the third Horrors album) sounding a little ‘baggy’ (a description for a genre that was invented as a joke at Melody Maker back in the early Nineties … same way ‘grunge’ was), a bit like The Stone Roses or psychedelic or vaguely Britpop indie-dance, what they really mean is THIS BAND SOUND LIKE U2. Only a little more bland.

And when critics reference dreary early Eighties synth-popsters Tears For Fears as a means of describing the overplayed, amorphous, singularly dull = dull = dull wash of sounds and ‘baggy’ beats that swamp second track ‘You Said’, what they really mean is THIS BAND SOUND LIKE U2. Only without any personality (however irritating).

Did The Horrors always sound like this, or are they yet more changelings in the style of Kings Of Leon and (ha) U2? I have no real way of knowing – and I sure as fuck am not going to go back and waste my time to listening to previous albums when the singer sounds so anonymous – but reports creeping in mention ‘goth’ and ‘art-rock’ and ‘the Sixties’ like these are terms of abuse or genres, not abstract notations. When critics refer to the third track ‘I Can See Through You’ as the ‘break-out song’, they probably know what they’re talking about, and yes the keyboard-line does sound similar to that on Pulp’s ‘O.U.’ single (thanks, The Quietus) – but what they really mean is that THIS SONG SOUNDS LIKE U2, WITH A KEYBOARD-LINE STOLEN FROM PULP.

The fourth track, ‘Endless Blue’ is Chapterhouse bad. Let’s not say any more about it.

It seems that even when critics refer to such abstract concepts as Krautrock (specifically Can), what they really mean is THIS BAND SOUNDS LIKE U2. That’s odd. I’d never heard the connection before. Fifth track ‘Dive In’ is like Coldplay when Coldplay sounded like Ride, a little. Andy Bell of Ride now writes songs for arch-revivalists Beady Eye, Coldplay are a bunch of mediocre shits who give mediocrity a bad rep, and The Horrors’ third album makes the most recent Kings Of Leon long-player feel like it’s got some kind of integrity. According to The Independent‘s Andy Gill, ‘Dive In’ boasts “an itchy rhythm groove reminiscent of something Mani and Reni might have cooked up for The Stone Roses”. Yeah, right. This track has also been compared to The Avalanches. I know not of these Avalanches that my colleagues speak of – preferring instead to listen to music that doesn’t make me want to bang my head on a rusty nail until all semblance of sentient life has gone – but, on this showing THEY SOUND LIKE U2.

Sixth track ‘Still Life’ steals from Orchestral Manoeuvres In The Dark’s debut album for three seconds before lapsing into unforgivably Echo & The Bunnymen territory. I MEAN U2. This is the music that the word “dour” might have been specifically invented for. I can only imagine The Horrors’ fan-base has actually only heard three other records … AND TWO OF THOSE ARE BY U2.

And the other one is by The Stone Roses. (They clearly haven’t heard Simple Minds’ Empires And Dance; if they had then presumably The Horrors would’ve chosen another album to directly replicate.) (Simple Minds always having SOUNDED LIKE U2.)

Seventh track ‘Wild Eyed’ is layered with the sort of synths we once busted The Blue Nile’s ass for using. The voice sounds like … let’s not beat around the bush here, shall we? SOMONE IMITATING BONO FROM U2.

Eighth track ‘Moving Further Away’ also steals from Orchestral Manoeuvres In The Dark – this time for 32 seconds, before the horrible jaunty kick-drum bursts through – and sounds like a group listening to The Stone Roses listening to Oasis listening to U2 (WHAT DID YOU EXPECT) for the first time, and coming over all excited at the newness of such an approach. You could separate the keyboard-line and say it sounds like something Kraftwerk might have used. You could. If you were a stupid cunt and entirely missed the point of writing about music. This track is Swervedriver bad. And it’s really long, as well.

I couldn’t face listening to the final track, ‘Oceans Burning’.

36 Responses to The Horrors – Skying (XL)