The Field – The Follower (Kompakt) 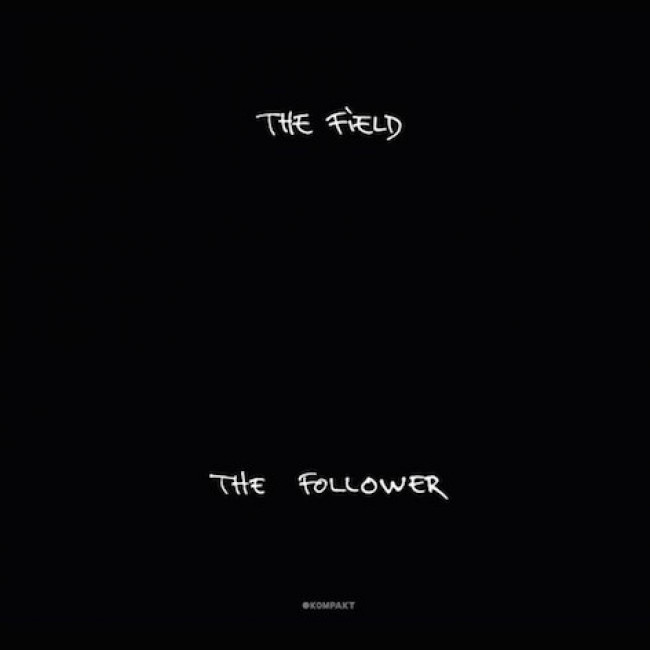 Axel Willner, aka “The Field”, lives in a world where language is not recreational. His latest album The Follower is an album of semiotics; six tracks comprise sixty minutes of minimal techno as traces of communications laced with ambient rhythms – looped and largely unadorned – that are never solved but continually re-explored in new contexts to reveal something deeply confessional.

The Field’s albums have always functioned as adjectives that modify their own serialisation. They assert themselves in the simplest way possible: an allusive layering of loops that hopscotch between texture-focused soundscapes to form a uniquely sonic storytelling. The end result is entwined with a freedom to buttress such disparate arrangements alongside each other without any concern for their symbolic compatibility.

Over the course of five LPs, what always strikes me when listening to The Field is the unhurried tactic of communication: intervention by mesmerisation. There is no sense of urgency to articulate a particular ambition within the structure and finesse of the compositions. Again and again, what The Field’s compositions show is a duality beholden to both repetition and change; a well-journeyed formlessness that gives way to throttling dance rhythms. The music produced doesn’t have to submit to commercial conventions or restrictions, but can be constantly remaking its own processes. The opportunity of possibility in sequencing from track to track rewards the patience of the listener in its absence of direct meaning.

What is evident in The Follower is a unique ability to exert a formal control that precludes the creation of premeditation – and in doing so avails the possibility to employ a personal mythology which cloaks its prosaic appearance and reveals its unimaginative origins entirely – and this is not necessarily a bad thing. “The whole album came around through experimenting with a lot of new recording equipment and gear”, says Willner, who throughout the album recourses himself as an unreliable narrator. Perhaps obscure albums are more open to interpretation.

His last album, Cupid’s Head, earned The Field the statistical title atop the Hipster Music Index (Pitchfork review score versus Facebook shares)1. The new record is a more aggressive work, and herein lies the indispensable complement: entwined drones are usually seen as an audio condition that needs remedying, but here they prove to be a positive engine. Indeed, The Field’s appeal lies all too clearly in the fact that the music produced is produced for a prolonged listening, where subtlety is rewarded. The audience listens not for the hook, but for its absence.

According to Willner, The Follower is about old myths, finding utopia and how mankind repeatedly makes the same mistakes over and over”. Oscar Wilde quipped that “Progress is the realisation of Utopias.” Therefore, the question forms as to whether The Field has made progress.

The title track “The Follower” lands fast. House-inspired beats form avaricious duplicities to impressively disarm the listener. It’s the most fluid track of the album – and is stronger for it. If we must begin from abstraction, the whirring climax is a fitting departure point. This is wisdom you can dance to.

“Pink Sun” arrives next, introducing a wholly new atmosphere of percussive loops and methodical breaks backed by hissing drum machines and an interlocking vocal loop, before “Monte Verita” follows as a performative separation. It’s the track that most prominently features vocal samples – and is worse off for it. This is the convulsive form taken by electronic music when it aims for hyperactive and hyped up. During its senescence the vocal exhalations mark the weakest entry of the album.

In track four, “Soft Streams”, rhythms are idiosyncratic and indefatigable. Patience begets its primary loop to form a semantic character that buries its own phantasms. Flickers of soft-hued synth give depth to a welcome return to form. “Raise the Dead” builds on this success with an expanded mix of ambient layering. It consolidates the strengths of the album – bass-driven hypnotic hooks – to instrumentalise loops in neatly arranged envelopes of time accumulated in a range in scales.

“Reflecting Lights” is a fifteen minute sign off which stimulates confusion while paying lip service to clarification. It marks the transition between the first, unconscious dance-phase of the album and its refined atmospheric end, in which influences to Krautrock are most prominent in a quasi-conscious moment of introspection.

To corral the music of The Field into a strict narrative misplaces its success. What’s more important is recognising the slippages that occur underneath. The Following is an obsessively good album that acknowledges that repetition is unavoidable, change is incremental, and narratives are uncontrollable. The Field understands that myth was never far behind either the pursuit of iteration or repetition. Indeed, with The Follower he understands that utopia is a form of violence.