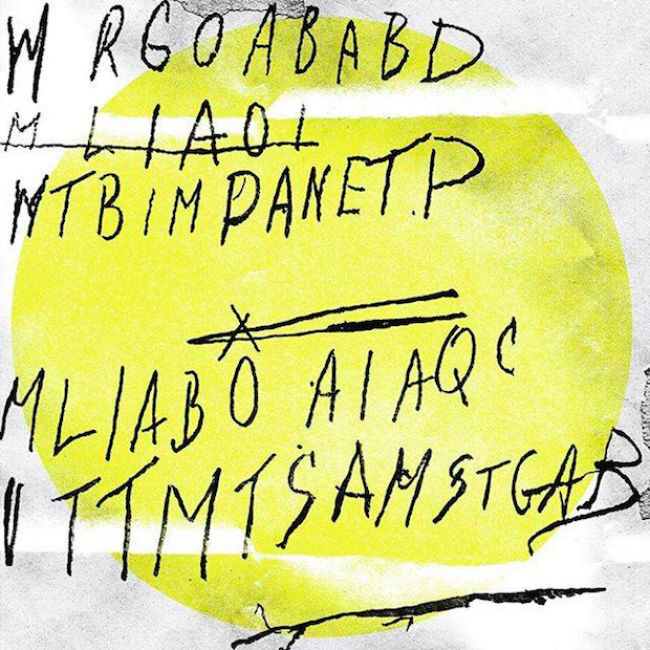 Trennno rates it 1/5
This is the most shittest piece of shit album I have ever heard! Terrible singer terrible music. Just when you think it can’t get worse the next song plays… Ohhh my god f*** it off triple j

The Drones Suck Balls rates it 1/5
0/5! i agree with all the other 1/5 comments here. I have never in my life logged onto a website to write a review about something but I hate this shit so much that i just had to. Terrible music – coming from a musician that listens to pretty much all styles

Sam rates it 1/5
Useful only in fuelling the debate on ‘what constitutes music’. Raving positive comments here are clearly raving family members of the band. Pleeeeease stop playing it.

Rob rates it 1/5
Like listening to a monkey excreting faeces. You either love it or hate it.

You’ve got to build yourself up to a new Drones album. Gird your loins. Get ready for the assault on your ears and your guts. You know it’s going to hurt. You know it’s going to be an atonal, wall of noise, hectoring, lecturing gut fucking. You know you’re going to have to ease your anxiety and angst later on with some soft Sufjan, some Gillian Welch to root yourself back to earth, some Courtney Barnett for frivolity and lightness.

For the Drones, everything and nothing is sacred. It all matters; the cunts that police us, that own us and take our power, the bloated miasma that is popular infotainment, the unsolved suicide/murder on an Adelaide beach in 1940s Cold War Australia.

The nation with no class.

The ugly, racist, sexist beast that is Australia. Triple J listeners screaming at the radio. The Drones are Midnight Oil without the proselytising. In what kind of world might Gareth Liddiard be a minister of the Crown, one muses? In a post-apocalyptic wasteland perhaps – leading the filth-encrusted masses to a commune of sanity and peace.

Gareth is fairly sanguine on record about the prospects for Drones’ world domination. He’s done the numbers, and he knows there’s a percentage of active music listeners who will pay attention to what they’re offering, and out of that small group there’s a small percentage who will like it. I’m part of that tiny minority – I tolerate the pain and anxiety that’s coming, I feel the angst and the ugly, and then I come to love it. You don’t hear a Drones record and love it immediately.

‘Private Execution’ is the opening theme for a movie about a rogue AFP agent, Sgt. Wayne Fucknuckle, trying to blow the lid off the corruption that’s led to the sacrifice of two Australian drug mules to the Indonesian authorities. It’s a tightly wound spiky introduction to the album that signals an unusual dominance of electronics, drum machine and up-front bass, paired with Gareth’s Aussie rap. His phrasing throughout is, as always, Dylanesque, but his phrases, occasionally, are clunky. The whole album is at times reminiscent of the Flaming Lips’ The Soft Bulletin, in the dramatic shift in sound for the band and the cinematic scope that permeates, but instead of smoothing out, beautifying and cleaning out, the Drones here uglify, scarify and clean out your ears.

The first single, ‘Taman Shud’, is about the obsessions that help us forget, if only for a minute. Fun fact: the album cover is part of a clue in the unsolved 1940s case the song is based on.

“Then they came for me” are the paranoid ominous screams of a Cronulla Bra Boy.

The second single, ‘To think that I once loved you’, is the closest thing to a love song Gareth’s written that isn’t about convicts and psychopaths. It may be about a once-beloved race horse. It’s beautiful noise. If ever there was a band that fulfilled that unlikely promise, it’s the Drones – not the Swans, MBV, GSYBE!, Beasts of Bourbon (all bands that appeared at the Drones-curated All Tomorrows Parties in Melbourne a couple of years back) and all the other pretenders have managed to make ugliness, shit smearing, head fucking sound so beautiful.

‘Tailwind’: Inoffensive, which is remarkably unremarkable. Gareth has recently mentioned that this album was a struggle to put together (weren’t all the others?!), and the leanness of the last two, with 8 tracks each, and this song in particular, suggests that this may be the case. Having said that, a few more listens and this will probably be my favourite track on the album.

‘Boredom’. I suspect they’ve been listening to Kanye. They hate it but it’s seeped in like some electronic micro virus.

‘Sometimes’ in other hands could come off as ‘let the woman in the band (Fiona Kitschin) sing lead’, a bit like Mo in the Velvets or Jill in the Triffids. Similar in that it’s a jarring change from the singularity of the main protagonist’s vision and sound, but here it doesn’t quite work. The Drones, despite their macho posturing and faux-Aussie blokeiness, are not unreconstructed male chauvinist pigs. They’re lovers and (despite Gareth’s protestations) lefty, feminist commies, so Fiona will not be a wallflower of innocence and cuteness. It was a different time.

‘Shut down SETI.’ is about as far as they explicitly come to a call to arms. It is no use after all, we are all fucked, and the best thing you can do is take your tin cans, guitars and mixing desk off to the bush and await the apocalypse. All we can hope for is that we don’t become the low flying meat for the little green men.

Or, at the very least, we hope that the Drones continue to push the boundaries of good taste and “what constitutes music”. Unlike the Triple J listeners screaming at their radios, I love this monkey shit!