The Definitive List | The 100 Greatest Songs of All Time, Part 5 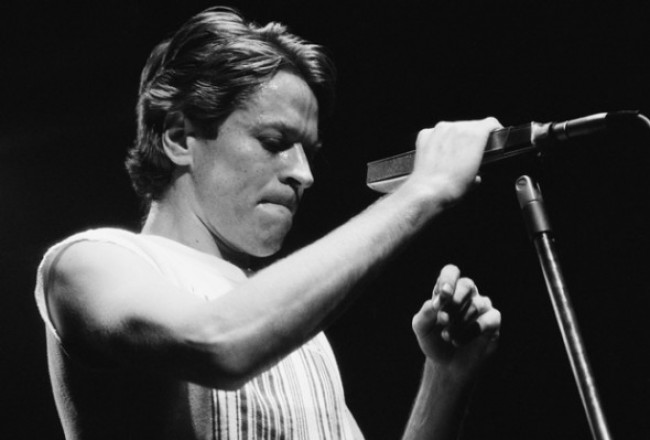 Part five. And do I feel your enthusiasm flagging? Quite the contrary!

It seems that you can barely contain yourselves as this list starts to inexorably move towards its climax, the Greatest Song of All Time! A couple of days ago, I printed what we in the trade call “a teaser”; 10 questions from an interested contributor designed specifically to uncover the fifth wall and let you, the other reader, inside the veil that separates the process from the processed. And today, I’m going to print the answers? Can you contain yourself? Well, please do.

1. How did Collapse Board set up to decide the Top 100 songs of all time, and what was the formula that was used to decide such a important list that would decide the how all music past, present, and the future would be judged against?

I’m glad you asked me this, Mike. I decided that in the age of user-generated content and levelled playing fields, the best way to score a goal would be to shoot straight for goal and not worry about any obstacles (players) that might or might not be in the way. I started a thread on Facebook. On the thread on Facebook, I suggested that people might want to take part in the definitive list of the 100 Greatest Songs of All Time and that they could vote for their favourite, the only provisos being that 1) the song should be great, 2) the song should be a song, and 3) one person, one vote unless I wasn’t paying attention in which case the voters (as we call them in the trade) would be perfectly able to slip in and vote three or 10 times. I asked them to vote in descending order, because that seemed most simple. I warned them that the chart would be considered ‘definitive’ and that it would be more democratic and representative than any similar chart because, well, it was one person one vote not a bloody committee.

If all music past, present and future going to be judged against it you can hardly blame the people who are doing/will be doing/were doing the judging even though I wasn’t necessarily looking for followers or acolytes. I guess that’s just a natural by-product.

I’m glad you asked me this, Mike. Yes.

I’m glad you asked me this, Mike. That’s not possible. See above. The decision has been made, and it is immutable.

I’m glad you asked me this, Mike. That will not be necessary. We already have the definitive list of the Top 100 Songs of all time.

5. Do you think because of the website traffic generator that Top 100 or just lists in general are, that Collapse Board will start making lists like Top 100 most un-shredding guitar solos, Top 100 songs with ‘the’ in the title, Top 100 songs by bands with one dead member, Top 100 songs that stalled at Number 100 on the Billboard Top 200 of all time lists, and so on?

That is a good suggestion, Mike. Indeed, plans are already in place to give the whole of Collapse Board over to such lists for the entirety of 2014 and 2015. Coincidentally, these will take place just as Scott Creney takes up his new position as Marketing Consultant for Matador Records and brings their entire advertising budget for those years to this website, where we will continue to print career-destroying reviews of bands we find lacking in even the smallest degree.

I’m glad you asked me that, Mike. I actually believe that at this point in time it would be statistically impossible for our writers to be even lazier, but we shall see.

I’m glad you asked me that, Mike. I can categorically state no… unless pressure was brought to bear, in which case yes.

I’m glad you asked me that, Mike. Yes there is. Via my Paypal account – ramonesfan79@yahoo.co.uk.

9. Is it true that Matador Records tried to buy the Top 10 in the Top 100 songs of all time list?

I’m glad you asked me that, Mike. To the best of my knowledge, no.

I’m glad you asked me that, Mike.