The Definitive List | The 100 Greatest Songs of All Time, Part 2 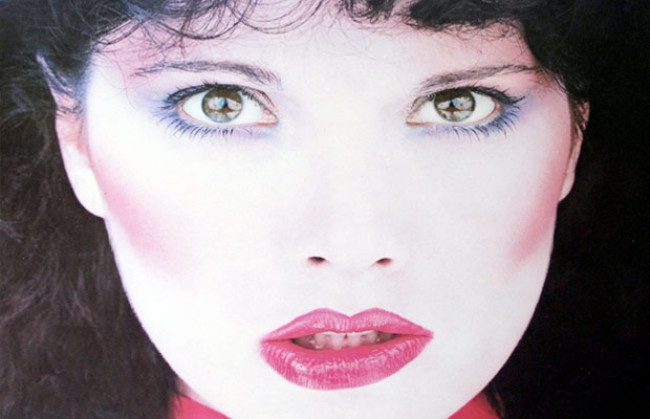 In the excitement of announcing this chart yesterday – the one, the only, the Greatest Songs of All Time as voted by YOU dear readers on Facebook – I overlooked to mention the excitement that occurred as soon as the votes started flooding in and the first results began firming up.

And as exhilarating as it was to see such classic bands as classic 70s Seattle band Heart rubbing shoulders with classic 80s Olympia band Beat Happening, one shouldn’t overlook the sheer passion and heartache that transpired as soon as one particular punter – we won’t name him, let’s just call him Tim Footman for sake of simplicity – realised he wasn’t allowed to vote twice, at least certainly not in quick succession, certainly not where I could spot him doing it. So what should be given the coveted #99 slot, Tim Footman had to ask himself, agonising for minutes over the decision. Should it be ‘Africa’ by classic 80s Grammy Award-winning band Toto or ‘Mr Roboto’ by classic 80s multi-platinum selling band Styx?

It was ‘Africa’ by classic 80s Grammy Award-winning band Toto .

Already, accusations of bribery have been flying back and forth between myself and one punter, disgruntled that the bands they didn’t vote for haven’t featured in the upper reaches of the Top 100. This despite the fact I made it very clear: you vote, and your vote counts. You vote again, and it doesn’t count – unless I fail to spot it, in which case it does. You didn’t vote? Not too late to send bribes over. The choice is yours… and whatever choice you do decide to make, I don’t want to hear any more sour grapes along the following lines:

So far I think this list sucks with one exception which I leave for you to guess. And I suspect those bribes have paid for this crap and that’s why it sucks and that’s why it comes in at the bottom end of the list. Well there has to be some explanation…

You should be ashamed of yourself, mystery punter (we’ll call her Hannah Golightly, for short). You should know that all bribes – and there haven’t been any so far, but it’s not too late to change that, as a few hundred dollars sent via Paypal to ramonesfan79@yahoo.co.uk will quickly prove – will probably only take effect in the lower reaches of the Top 100 (i.e. Number 20 downwards). Of course, that could yet change.

Another punter – Mike Turner – wanted to do whether we were making a “real” list or a “mock” list. How can we be compiling a list that is a mock list, I’d like to ask HIM! How’s that possible? Surely, either it’s a list or it isn’t, and if it’s a list – and this is – then by definition it’s real.

There was a nice comment about a classic song checking in at #96 – check the original post if you want to know what it was, but I don’t think I’ll be giving too much away if I reveal that it’s a classic. Apparently, it can “still curdle water at 500 yards”. Thanks for that, Andy Golding. You seem to have overlooked that we don’t use yards here in Brisbane – home of the classic hits – but that’s OK. The world can be a confusing place sometimes.

Anyway, that’s enough idle chatter about the past. Time to forge onwards and upwards, through Numbers 90 to 81, and into the future! And what a future we have in store for you. Classic, every last one of ’em. I’m not going to give you any clues, but watch out for #87. It’s a classic!

Ready? Got that box of tissues ready, in case emotion or disappointment overwhelms you? Your packet of sedatives, and blunted razors, and binders of the complete run of MOJO?

88. Babes In Toyland – Vomit My Heart

85. Scandal with Patty Smyth – The Warrior

One Response to The Definitive List | The 100 Greatest Songs of All Time, Part 2