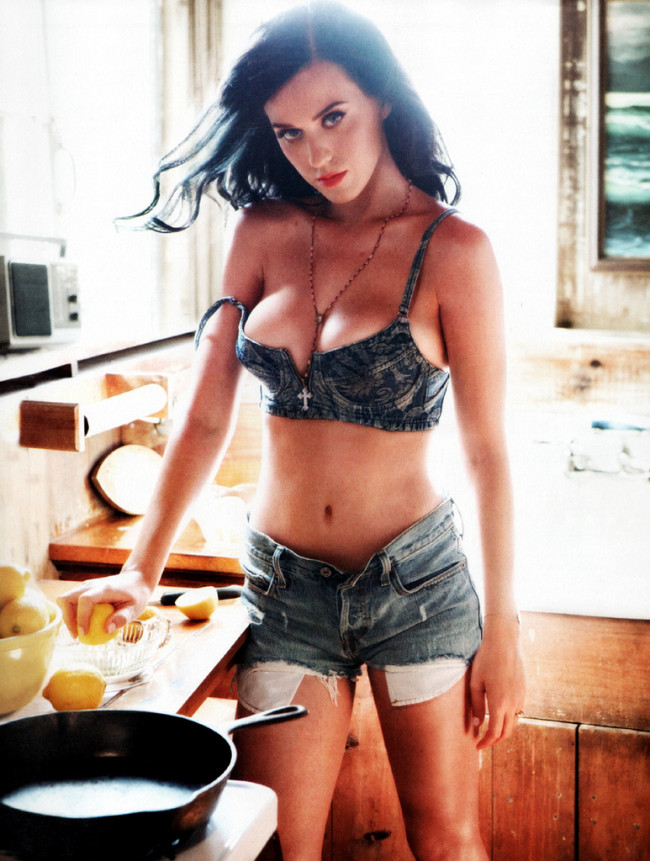 30 Reasons Why Katy Perry Is The World’s Best Popstar

1. She likes to have fun.
4. She looks hot even when she’s not trying.
7. She’s sexy without being skanky.
13. She laughs off the criticism because she’s fabulous.
17. She works the hair flip.

All these reasons are accompanied by suitable photos or videos (though, to BuzzFeed’s credit, you don’t have to click on 30 different pages to discover the 30 different reasons). These reasons are in-full. It’s like a web 2.0 version of what Mad Magazine used to do in the 50s and 60s but minus any of the subversive undercurrents. And with added bonus objectifying and implicit lads-together sexism. (And, of course, it’s not a million miles away from what happens here.)

It’s humour, you retards! Don’t you get that you’re not meant to get it?! Well, duh.

As The Quietus puts it in the middle of a weighty article around social media and the way information dispersal has started to shift away from Google:

… None of this is lost on the powers at Buzzfeed. They understand we’re entering a new phase where content is distributed and shared via social media channels, and they also understand that in order to succeed, you can’t trick people with a racy headline and then offer them nothing more than a one-paragraph rewrite of a press release when they click on it. You need to respect your readers and produce work that’s not afraid to stand out while also being of genuine interest to people; which, in the case of Buzzfeed, admittedly means a willingness to embrace viral silliness alongside the serious – but even their silly side is pinned together with a wit and creativity you don’t see on other viral chasing sites.

Does any of this sound familiar to long-time readers of the Quietus? With everything increasingly shifting to mobile now and your timeline or newsfeed increasingly serving as your window to everything, there’s a greater and greater opportunity for sites with a distinctive voice to not just survive, but thrive. If you’re wondering “Yeah, but where’s the money in all this?”, have a look at this letter Buzzfeed’s Jonah Peretti wrote to his staff this year. Thanks to their focus on sharable quality, Buzzfeed’s revenue in July was already on pace to be three times more than what they made in 2011.

If you’re wondering why an essay on the digital landscape and media is appearing on a music site like the Quietus, it’s because all of this points to the possibility of a near future where something more substantive in our cultural lives may finally have a real opportunity. The old guard and models of the press (music or otherwise) will meanwhile likely continue their slide towards oblivion, if they keep circling their wagons around once exclusive terrain that will only continue to crumble away from beneath their feet. If you’re someone in a band or thinking of starting your own label or music blog then you should also pay attention because companies like Soundcloud and Spotify – who have both just announced new ways they’ll attempt to suggest and help you discover music in 2013 – are putting all their energy into joining the fight for your attention.

Give Us Your Eyes: 2012 Content Wars & The Attention Economy

(Those links are worth clicking on, especially the letter from Jonah Peretti. ‘Quality’ really is subjective, isn’t it?)

I think I’d take issue with the whole contention that “you can’t trick people with a racy headline and then offer them a one-paragraph rewrite of a press release when they click on it”, because I thought that was ONLY what BuzzFeed does, certainly in the world of music. (*Irony upon irony. That’s what I’ve done here.) Unless, of course, the bar is now being set so low that a dozen photographs and videos of Katy Perry looking “sexy” and being “fun” is preferable to a dozen websites writing about Katy Perry’s latest single when all they do is paraphrase the party line… and embed a few photographs of her looking “hot”. Don’t most people surf the internet only looking for photographs of cute cats and pornography anyway?

Flash backwards a few days to this:

ADDENDA
Buzzfeed’s music editor Matthew Perpetua has since contacted me on Twitter to say that the post “was a user submission and has nothing to do with the music vertical. Trust me, I hate that post as much as you do”.

He adds: “I know there’s a plan to make the user submissions stand out more obviously on the site, very eager for that to happen.”