Stephen Malkmus and the Jicks – Wig Out at Jagbags (Matador) 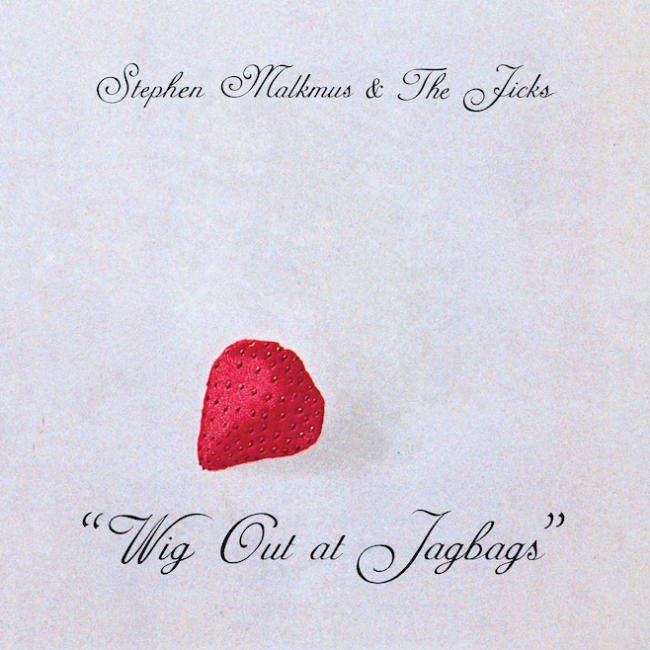 Hey, Mr. Malkmus. I don’t know if you read these reviews anymore – what with you being a cultural icon and thus guaranteed a decent chunk of moolah – but I’m Lee Adcock. You haven’t heard of me yet, and that’s OK – I’m a new, bumbling writer/critic and I tend to always screw up the facts. Besides, I didn’t know who you were until about a few months ago, so we’re on even ground here.

At any rate, don’t be alarmed. We’re only going to talk about Wig Out At Jagbags, your new album with the Jicks.

Now, I ask you this: are you happy? Are you content to sit where you are right now, as Mr. Pavement? As the man of the band that soundtracked so many sunny, slanted summers in the early 90s?

Because you sound fairly content in this album. Mind, I can’t expect you or any respected musician to always offer radical new sounds or chart new paths. I mean, let’s face it – the maps for rock and roll have all been drawn out, revised, circulated and anthologized. But I’d expect you, of all people, to not lean on the same stagnant pop-hook devices that our Elephant Six bastion here in Athens has mined for 20 years or so. And what’s with all the bright guitar wankery, like in “Planetary Motion”? You’re not fooling me, dude – this is straight-up, smug AOR, like if the blokes of Bachman-Turner Overdrive had actually read Galileo. Where’s the fun and rebellion in that? And “The Janitor Revealed” – really? You draw out this plodding, Tom Petty-esque ballad, and the only mark you can stamp on this mold to make it unique is some punitive flute solo?

And what is up with this? I almost cut you a little slack for “Lariat”, although it’s the tired-out “this is where we came from” material (you do win brownie points for namedropping Tennyson, though). But then I found this and became irked again. Lyric-wise, this is your most approachable song – so why did you bring in this French chick and obfuscate the meaning with French subtitles? Or is there some joke here that I’m not hip enough to understand?

I like “Shibboleth”, though. The bass worms in all dirty and disgusting, and the guitars screech and wobble and jolt across the tempo line like warbling saws and pulsing needles. That’s a keeper. And I hate to admit it – because I know just how tongue-in-cheekly you refer to “punks” on “Rumble At The Rainbo” – but your band’s got the Frisbee, and damn do I love to run after that Frisbee. And then, just when you bid us sit down for the next sleazy number with a cool ska hand, you pull the chair out from under us and run off laughing. I dig delinquents.

But please don’t try and serenade me with “Independence Street”. And don’t make me search my memory for the song that you’ve completely robbed to create this one. Stop trying to impress us with this squeaky clean production team you’ve compiled for this album. You’re holding yourself back, man. You’re treading the old maps to find the treasures that were looted decades ago. You probably think that Wig Out turned down a slightly different trajectory, ‘cause you’re so clever with the words and aren’t (not to my knowledge) lusting after girls. But that don’t register in my ears, Mr. Malkmus. What I hear is you and your band throwing yourselves at the feet of straight white old rockers.

In a Cloud Boat review for Gold Flake Paint I said that dubstep is the last frontier, and I still stand by that statement. Not that you should pursue dubstep, Mr. Malkmus – although I’d be 10x more enthused about your next project if you did. You don’t even have to go that far – I mean, I agree with what Buzz Osborne said to the AV Club earlier this week about artists with track records: that those with more money need to work harder at their craft, not less.

Look, the last thing our stupefied, earbud-clad youth need is this complacent, convention-hugging lug you call a Wig Out. I mean, honestly, Mr. Malkmus, have you seen the 20 somethings today? I ride university buses at all odd hours of the day, and 80% of the seats are filled by statues with earbuds on. I used to wonder, in the infant days of iPods what other people listened to when they drew out those tiny plugs, but these days everyone sits so fucking still that I can’t be bothered to wonder.

Well, so be it, Mr. Malkmus. If you’re happy with this, then I shouldn’t have bothered. We’ll both wait and see. But I need more than this. I need more “Shibboleth”s and “Rumble at the Rainbo”s, strange playmates I can hold onto, not tourist traps on dusty maps. At any rate, fare thee well, sir.

(Here’s the full album, for those who are still curious.)