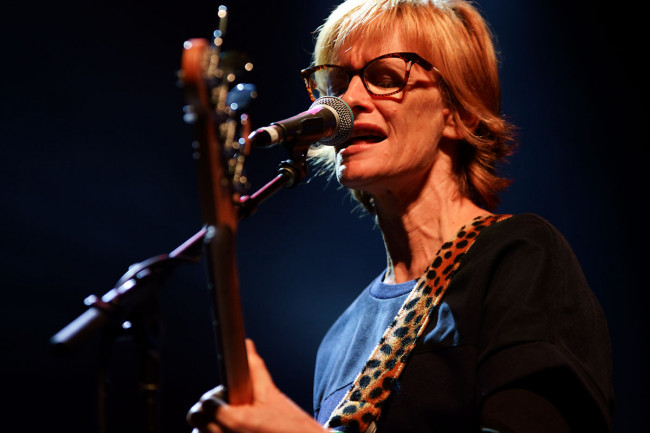 Where you come into a band’s existence is everything. Discover a band early on, buy their records when they’re on tiny record labels, see them play small 400 or 500 people venues, before they end up becoming massive stadium bands and festival headliners, and you have bragging rights forever. Even if the band ends up losing what made them special and become a terrible embarrassment. Or they can be a band or singer that you spend the rest of your life with. Even with established bands, where you start can the make the difference between continuing and falling in love with them and all their songs or quickly deciding that this just isn’t for you.

Unfortunately I moved to Australia in 2004, the same time that Spiderbait released their cover of Leadbelly’s ‘Black Betty’. The song made it to Number 1 in the Australian singles chart and was pretty much inescapable. To my generation, the Ram Jam version of the song is probably the definitive version. Spiderbait’s version made it into a novelty song that gave off ‘Cotton Eye Joe’ vibes (listen to them back to back), so I had absolutely zero interest in ever listening to anything else they had done. The one song was enough to put me off them for life.

I’ve made it to 2022, 18 years living in Australia without having ever seen Spiderbait or knowingly listening to any of their songs. It’s thanks to Screamfeeder’s Kellie Lloyd that I’m here. When we were talking earlier in the year she mentioned Janet from Spiderbait when talking about her favourite photos that had gone into the photo book that Screamfeeder were putting out. It made me think if Kellie from Screamfeeder can be friends with them, they must be ok and that maybe I should give Spiderbait a second chance. A fair go as they say in Australia.

Even before anything starts, things are looking up. This tour is in support of their ‘Sounds in the Key of J’, featuring songs sung by Janet English which means no ‘Black Betty’ to spoil my night. But how to approach this? Do I have an intense few days of listening to everything Spiderbait to get up to speed or do I just go in completely unaware of what I might hear? If I’d been a bit more organised I probably would have done my research but instead I’m heading in knowing two songs; ‘Fucking Awesome’ (which I’ve heard somewhere in the last 18 years) and the song I hate that they’re not going to play anyway. Lucklily, as they’re filming tonight’s show, there’s a setlist stuck to the side of the camera tripod so at least I have a guide as to the songs they play.

So I saw Spiderbait for the first time and this is what I learnt.

The band is introduced by drummer Kram who explains what the night is about, that is it’s a celebration of singer/bassist Janet English and that the set will feature songs sung by her, including songs they’ve never played before. It’s a touching introduction and the sentiment is carried through the rest of the night. At the start it feels a bit weird, almost like a tribute concert except in this case it’s not a posthumous celebration of someone’s life. At times it also almost feels more like a theatrical production or a musical ‘This Is Your Life’ rather than your typical gig. The weird thing is that off the top of my head it’s difficult to think of this concept working for a lot of other bands where’s there’s multiple singers and songwriters. In so many other bands either there’s one songwriter who dominates, meaning there wouldn’t be enough material to play, or you just couldn’t see it working by splitting up the songs up and leaving a bunch out.

Spiderbait really rock
This a real surprise to me. I’d always assumed they were from a similar musical space as the likes of Screamfeeder or Magic Dirt. Rock but indie rock. I wasn’t expecting it to be so face-melting from the off, with the opener of ‘I Gotta Know’. It’s a thunderous start, everything louder than everything else, everything faster than everything else. Being completely unaware of what to expect, Whitt’s AC/DC shirt and his cherry red Gibson SG should have been a bit of a giveaway. Reading up on Wikipedia it makes sense that they’ve supported the likes of the Rollins Band and Primus.

Slow songs don’t suit Spiderbait
They were never going to keep that opening pace up and after a few songs the band slow things down for ‘Goosh’ before Kram and Whitt take a breather so Janet can take centre stage for a solo ‘Going Off’. Later on, the first of the encores is the ‘Ballad of Whitby Farm’ which feels like an oddity in the setlist. Spiderbait are definitely at their live best when the songs are faster and louder.

I will never be able to understand people who pay $75 to spend the night stood in a circle talking over the bands
There’s the distinct smell of weed and the venue is packed with a lot of drunken people. People keep walking straight into me so often the couple I’m stood next to comment on it. And there’s so much chatter. I end up moving a couple times to try and find somewhere to stand where a band playing through a PA isn’t overpowered by people talking over them. Possibly somewhat ironically, when they play ‘Footy’ and Janet introduce it as “A song about the shit thing about growing up in a small town,” the group next to me all shut up and go mad for the next few minutes.

They keep all the best songs for the middle of the set
Everythins peaks with a run of songs in the middle of the set. ‘Lickety Split’, ‘Stevie’, ‘Outta My Head’, and ‘Fuckin’ Awesome’, which everyone knows just from the drums at the start. There’s also sinister sounding ‘Inner Ear Infection’, which is introduced as a song they’ve never played before and which has a Jane’s Addiction vibe.

The last song of the main set is introduced by Kram as “An old song that feels new,” a song that as initially recorded for their fifth album, 2001’s The Flight Of Wally Funk, but lost until it was rediscovered on a CD and included on the Sounds in Key of J album. It’s one of the best songs of the whole night and a perfect way to end the set. It bristles with nervous energy, you can tell the band are excited to be playing it.

After 18 years of deliberately ignoring Spiderbait, it’s probably time to forgive them

18 years. Some people get less for murder. But that’s what can happen if you come into a band’s orbit at exactly the wrong time. One song can put you off for life. After tonight it’s time to put that all in the past and start making up for lost time by getting better aquatinted with the Spiderbait back catalogue.