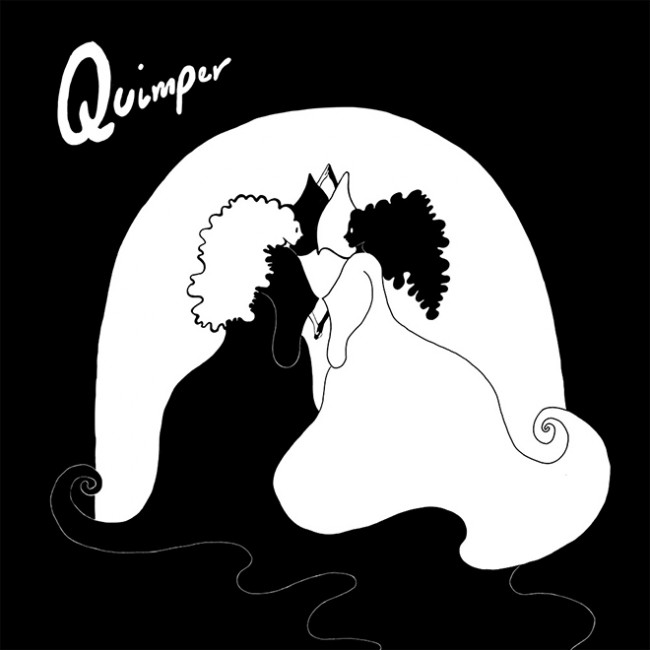 Blast. There’s this pianist that I used to know the name of. Howard? No, Harold. Harold something. Active in the late 80s. Don’t give me that patronizing look. The fact that I don’t buy vinyl doesn’t make me any less of a music scholar. I imagine the folks who dedicate entire rooms to albums lose artists in their mind-shelves, too.

Anywho. This Howard – no, I’m pretty sure he was Harold – would’ve been a perfect proxy for the surreal travels of this new Quimper album. But since I don’t remember, I have to recall the sensation of listening to one of his albums, which I also don’t remember the name of. Imagine you live in a house. Maybe you already do. But this house will contain no furniture, save for a few love seats and a big navy piano in the center chamber. The walls are painted in varying shades of pink and purple. The lighting is the weirdest part – while there are no lamps or any other visible sources, you nevertheless find flecks of light everywhere, floating and shifting, like when sunlight strikes crystal and scatters rainbows across the back door. With each song, the listener drifted into a different room, sat down, and watched the lights dance.

Drizzle Maw has the same domestic mystery about it, and the same pixie lighting – but where Harold Something’s house was bare, Quimper’s house contains many curious objects. A ship in a bottle that can transport the onlooker into silent seas. A paperweight-sized, garnet red pyramid that can channel spirits. Mirrors that one can walk through into alternate dimensions. Some of these chambers sound subterranean, secret tunnels under the floorboards that lead to family secrets; others are hidden stairwells, of the spiraling kind, where crooked clocks and scowling portraits hang on the walls; others aren’t chambers at all, but courtyards and orchids overgrown with foliage, as if the gardener had been swallowed by the rose bushes years ago. And then, when you least expect it, you run into a very normal NES – or, at least, it appears normal, until you turn it on and ghosts fill the TV screen.

Jodie Lowther, who plays the beguiling piano and sings the many disembodied voices of the house (and who also designs art and videos for the Soft Bodies label), has carried on Quimper with Johnny Vertigen for four years now. But I first heard them just last year, via an EP of sort-of poppier songs – at least, if pop were concocted by witches in their private hovels, the lyrics derived from ancient riddles that seal the inner chambers. While utterly entrancing, Two Magpies offered a brief glimpse at this nocturnal world; Drizzle Maw opens the gates beyond the witch’s lair to an entire household of forbidden magicks.

Harold Something. Hmm. Never really needed him in the first place, did we?