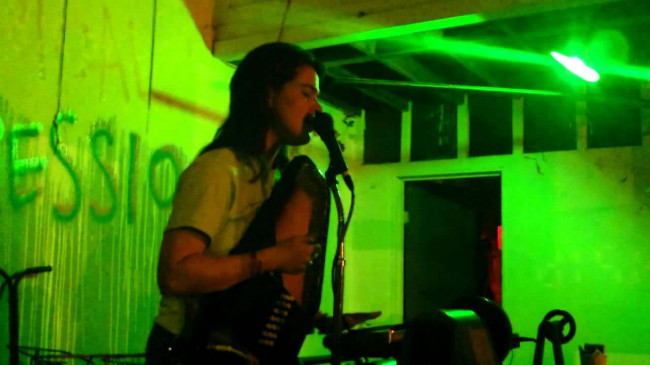 In the great kingdom of Atlanta, way up north toward the mountains, there lies a village within the foothills. No families or clans call this hamlet home, for the grass is eternally charred, and the barren trees glow faintly at night, and voices chirp and chatter where no humans or animals are present. Only the wandering scholars dwell here, and even then never long, in squat stone shrines and crumbling temples. They sought the ether that possessed this land, and thus cared nothing for domestic comfort or basic human needs like shelter and food.

Few outside the occult knew of the forsaken village, at first. But one day, in a very ordinary village, two merchants from two opposite directions arrived. One carried substantially more gold in his caravan than the other, bags and bags stacked so high that his horses strained under the weight. To the villagers, this wealthy man said nothing of his wealth; to the other merchant, however, he whispered of a sorceress who could cast charms through song. In this fashion, the rumor spread, and before long people of all castes and classes sought the blasted hamlet and its most nefarious resident, known only as “Dendera”.

(Rumors also spread that the “charmed” individuals met terrible fates soon after their boon, and that highway robbery, adultery, vigilante murders, and evangelist frauds were on the rise. But correlation is not causation, people often told themselves, and though they feared that the sorceress’ black magic could be to blame, they did not believe it. Not consciously, anyway.)

One day, a prince wandered to the bleak village. He did not arrive as a prince, for he’d exchanged his royal garments for traveller’s clothes, and otherwise looked like a very normal guy. No one needed to tell him which ancient abode contained the sorceress; one of the most trodden paths in the town led to a ring of black thickets, and ran through the slight gap in the ring just narrow enough to slip by. Also, the prince’s feet followed this path without him even thinking about moving them, so he had no choice in the matter, anyway.

After slipping past the gap in the thickets – which tore parts of his shirt sleeve and arm skin off, as was its typical greeting toward strangers – he came to a small hut, surrounded by a great black circle. The sorceress was standing at the front door, arms crossed, as if expecting him.

“All right, champ,” she said. “One charm per person. I don’t have all day.” Behind her, or perhaps in front of her, or most likely underneath her, a deep voice was gurgling. Or saying “Gurgh-ha-gur” repeatedly. The prince was no expert on the supernatural.

The sorceress staggered backwards a bit. “That’s a new one,” she said. The gurgling gave way to a throbbing hum as she genuflected over the request. Finally she said, “I think I can hook you up. Meet me at the back of the house.” And with that, she turned and walked back into the hut.

“The back?” he said, supposedly to himself, though the thickets couldn’t help but listen in. His feet were moving now again, around the slanted shack and to its backside. There was a great rectangular chasm in the ground, so wide and yawning that the prince should have seen it from the front of the hut, but certainly had not.

Now the sorceress emerged from the hut again, although the back side had no door. Huge open books were levitating around her, with odd titles like “Cabaret Voltaire”, “Nurse With Wound”, and “Dr. Faustus”. In her hands were a scroll and a quill, still dripping with a crimson ink of sorts. With the quill hand, she waved, and the books simultaneously snapped shut and fell to the ground. “OK,” she said. “Bear with me here. I’ve formed crushes and forced wedlock before, but no one’s ever asked for a soulmate. Shouldn’t be too hard, though. Look down into the abyss, will ya.”

The prince nodded and agreed. For several seconds, or perhaps minutes, nothing happened. Then, slowly, without moving his body, he felt himself drift down into the blackness, or rather the blackness drifting up toward him, as if someone were dragging his feet into a lake. And then the sounds began.

He saw nothing, at first – only a vague fluttering, and a cavernous melody creeping toward him, and something either croaking or scraping its metallic bulk against the wall. Then a dull buzzing roar, which the prince could not name, but which made him think of spinning blades propelled by a force he could not yet harness. A low voice spoke to him, and he could not understand it, even though it spoke English and reiterated the same words over and over. The buzzing sound, which he was certain now came from spinning blades, grew louder. The melody encroached, with a pulse that the prince sensed was a glow.

At first, each of these sounds could be easily discerned from the other, like the contents of a salad (if indeed the prince ate salads – these were primitive times). As the prince – in body? In soul? In dream? – drifted further down, an outline of a cheek jutted out by where his foot should have been. And the sounds began melding together: the glowing pulse, the low voice, the croak/scrape, the fluttering. The buzz of blades approaching. If the prince’s body were here, every fiber in it would strain upward. But he could move nothing.

Now lips were drawn by the cheeks – cracked, crooked, sticky brown lips – and another voice was muttering. The buzzing was even louder now, so loud that the prince could see the circular blades spinning in his head, nearly grazing his brain. And a new sound, like that of a whip cracking, stabbed from behind. The lips opened wide – the buzzing ripped through his skull – and in his last flash of dream logic he could see the face behind the lips, mouthing the words “join us”, and his own lips screaming “just make it stop” –

Three weeks later, when castle guards raided the village for the sorceress, nothing was left of her abode save an impossibly large, impossibly red splatter of blood on a razed patch of earth. Hence, when she is whispered of now across the kingdom, she is known as Dendera Bloodbath. People seek her still – but certainly not for “charms”.

Invoke the Xaoate EP for yourself (if you dare) at Dendera’s Bandcamp page, here.