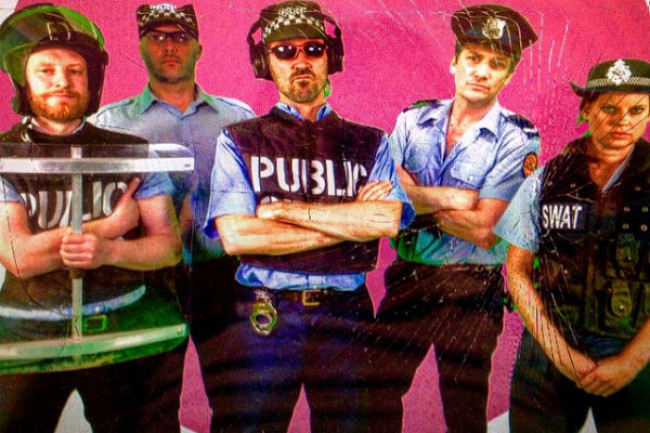 We, the Australian people, deserve better.

The power struggle in the Liberal party, the blistering hot days, the deadly animals that inhabit the bulk of the country – we deserve a new start. A fresh start.

That starts with a new Australian Anthem.

But it does have its downfalls:

The solution to all of this tomfoolery is The Drones.

The Drones are an Australian band that rose to prominence in Australia when in 2005 their album, Wait Long by the River and the Bodies of Your Enemies Will Float By, won the inaugural Australian Music Prize

They are true Aussie legends on a meteoric rise.

From their release of their 2002 debut album, Here Come the Lies, all the way through to their sixth studio album, 2013’s I See Seaweed, these boys and girl have defined a new era in rock music for Australia.

Now in the studio recording their next album, they have just released a definitive banger of a song.

I propose that their song, ‘Taman Shud’, should become the next Australian Anthem.

There is nothing more Australian than the following scenes that the song describes:

Who ditched that fox-gloved snitch?
Loaded him with poison like a puffer fish

Thud thud my heart pumps blood
when ever someone talks about my Taman Shud
Why did anybody feel the need to lie
‘less that’s Warsaw on the seashore
on the day he died?
Don’t nobody wonder where he’s been?
No tags no wallet
and his brains dry-cleaned

I don’t give a fuck about your brick and tile
I don’t really care if you’re a pedophile
I don’t care about no Master Chef
it’s as appetizing as a whistle blower’s doom
or any French cartoon
nothing like a prune to make the death cults bloom
why you think the whole world’s gotta be like you?
Fuck western supremacy
I ain’t sitting around being gallipolized
One man’s BBQ’s another’s hunger strike
Why’d I give a rat’s about your tribal tatts?
You came here in a boat you fucking c&nt

I rest my case.