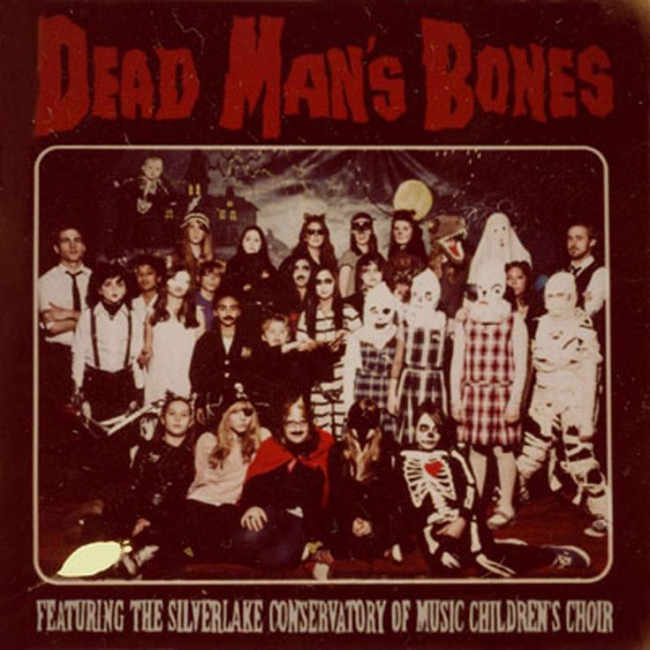 Song of the Day is typically about sharing something new or vaguely recent but today we’re going back to 2009.  You can blame Cat Power, who has covered ‘Pa Pa Power‘ on her new album.

As I was listening to her new ‘Covers’ album, I was alternating between her versions and the original versions.  I’d never heard of Dead Man’s Bones or this song before.  It’s very 1980s indie sounding, with the children’s choir also giving it a feel of the Langley Schools Music Project. It sounds like something that could have been on The Lost Boys soundtrack or in some John Hughes or Brat Pack movie.

Not knowing anything about the band, the Wikipedia entry was a bit of an eye opener.

…When Shields and Gosling met in 2005 they discovered a mutual obsession with the Haunted Mansion ride at Disneyland. Zach was so preoccupied with ghosts as a kid that he was put into therapy, and Gosling’s parents moved out of his childhood home because they believed it was haunted. Neither of them had really outgrown their fascination with graveyards or anything deathly and decided to write love stories about ghosts and monsters.

The pair chose to play all the instruments on the record, even those they had never touched before. They also imposed rules on themselves during the recording process, such as not playing with a click track, and trying to do no more than three takes on any song, letting any imperfections highlight the strengths of the music.

…Gosling and Shields also toured around the United States for fall/Halloween 2009 with a local choir and talent show at every show to rave reviews.

Now 2009 is a fairly long time ago. It’s pre-Collapse Board but when blogging was just about at its peak. But I can’t remember every hearing about this band before. There’s a review of the album on Pitchfork (of course, and a 7.1 score, and I think it was a contemporary review rather then something they put together at a later date) and a few news stories about the band and the album. It surprises me that at the peak of indier-than-thou bloggers, and with that backstory, that this song wasn’t all over the internet. Maybe it was, maybe I just missed it. Perhaps it was written about on all those long-lost music blogs that have vanished from existence over the years.

The slightly award drumming, the 80s keyboard lines that are back in fashion thanks to ‘Stranger Things’, the eeriness of having children sing slightly uncomfortable lines – “Please make me better” and “We won’t destroy you, no we will not destroy you”, the lone voice in the breakdown that is perfect in its imperfection.

I liked the Cat Power version in its own right as a song until I heard the original, but this is blowing me away, something I’ve listened to over and over these last few days. It’s just magical. The rest of the album has some really good stuff too. Another one for the relatively short list of high profile actors making interesting music and good records. They talked about a second record but I guess Ryan Gosling is a bit too famous and busy for weird outsider indie music these days.