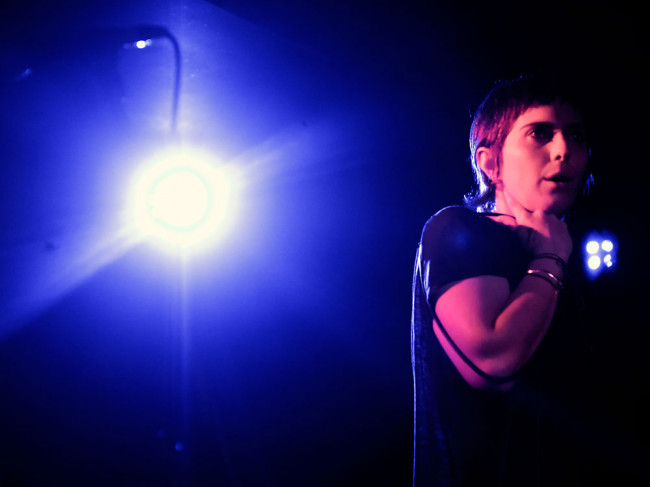 Here’s something else from Bills & Aches & Blues, the forthcoming 4AD tribute album to belatedly celebrate the label’s 40th birthday inn 2020.  4AD is a completely different label to what it was  but it still has some great acts.  Back in the day, thanks to Vaughn Oliver’s designs, 4AD records were instantly recognisable; you knew looking at the record cover that it was 4AD and you knew it was going to be good.

It was an obvious choice to choose the Tkay Maidza track to showcase as a recent Song of the Day, I mean how could I not. A fantastic version, sounding like it had always been in Tkay Maidza’s repertoire rather than a pale imitation and so good that they gave it the coveted position of Side 1, Song 1.  And yet, it almost wasn’t because it was competing with this equally stunning U.S. Girls cover of The Birthday Party’s ‘Junkyard’.  US Girls played in Brisbane all the way back in March 2016, with Goon Sax supporting to a handful of people.  It was a cheap gig for an overseas acts at something like $28 too.  And that’s why Brisbane can’t have nice things.

Similar to Tkay Maidza doing Pixies better than Pixies, it’s U.S. Girls doing The Birthday Party better than The Birthday Party.  It’s a perfect cover, reinvented as a U.S. Girls song and sounding like it always was a U.S. Girls song.  When I first moved to Australia, and for a few years after that, it felt like every third Melbourne bands was channeling the ghosts of The Birthday Party.  I haven’t been down to Melbourne and out to a gig there in an age so I don’t know if that’s still the case or if the cycle has repeated itself with another generation of white boys with guitars and backcombed dyed black hair.  Either way, I like to imagine them getting all pouty and yelling ‘Sacrilege!’ on hearing this U.S. Girls version.

The next batch of songs from Bills & Aches & Blues has now been released and although I haven’t had time to listen to it yet, it’s a fair bet that it’s going to produce some more Songs of The Day in the coming weeks.