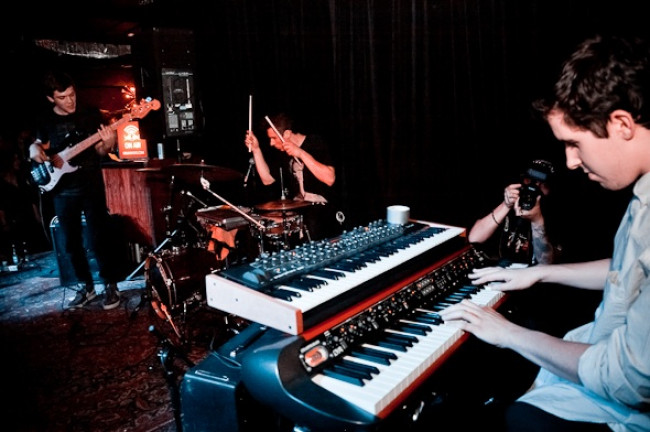 First, to be perfectly clear – before you go a-whinin’ that you’ve heard this one before –

Now. The Toronto boys have dropped a new single ahead of their reported third album. Was I comprehensive? Naturally. There’s a label involved now. BBNG never worked with a label before. Change is scary.

At any rate, no need to be alarmed.

The boys are growing, no doubt. Just as they grew from the patchworky debut to the velvety second album. No, the euphoric kill strokes aren’t in place yet (although, good LORD, still gotta give the drummer some). This is a new tack, a more covert ambush, with wider vistas and thicker fog. But that means (at least, I hope) that BBNG are cooking up a new coup – and, if these blokes are as talented as I believe they are, they’ll trump the game yet again.

PS. If you guys are reading this – and I know you get this a lot, ’cause you’ve torn up a ton of stages – but come to Athens. Pu-LEEEEEEEZE.