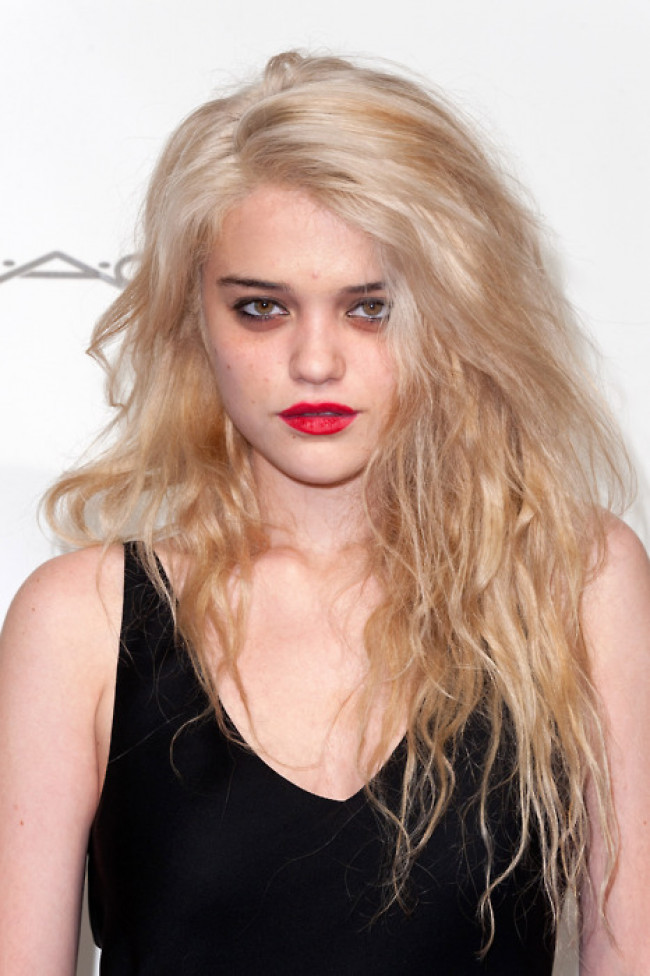 Or, as Jake Cleland puts it:

Sky Ferreira: The ideal artist for our pedestrian times, invoking nostalgic twilight atmosphere with NyQuil narcolepsy determined to smother the glitz of contemporary synth-pop. The secret tunnel found by those locked in Lorde’s dungeon. Alternatively, the evil twin who was cast out but now returns to show up the establishment for what it really is. Skag misadventures aside, the only pop star worth believing in. The only one with nothing to lose.

I have no particular words to add to these twin masters of the form. Oh, OK. A few.

I love most everything about this. The over-saturation and distortion of sound. The way she intones her words, never helpless. The layers of noise crashing upon waves of noise. The fact Blondie hold still such a clear influence even in 2013. The fact I’ve never felt less like a character in a Brett Easton Ellis novel. The fact the song shares a title with The Shirelles. (Man, that song sounds so clean, so refreshing next to Ms. Ferreira.) The fact I stumbled across a message board two days ago still debating whether I was dating Courtney Love around the time she met Kurt Cobain. The fact that 2013 has been determined by the second-hand neon and twilight. The fact Lana Del Rey’s influence has clearly and abundantly transcended her own acquiescence and experience. The fact that these people are living dreams (read that the other way). The fact rock’n’roll is still alive in 2013. The casual, brutal repetition. The recognisable Nick Lowe influence. My half-full cup of coffee, just the WRONG side of too strong.

“Would you mind turning that down, please?” asks Charlotte. “It’s really distracting.”
BUT IT’S MEANT TO BE DISTRACTING! Up, not down. UP, NOT DOWN!

Would I take drugs with Sky Ferreira? Of course I fucking would.

One Response to Song of the day – 668: Sky Ferreira