Song of the day – 664: Edible Arrangements 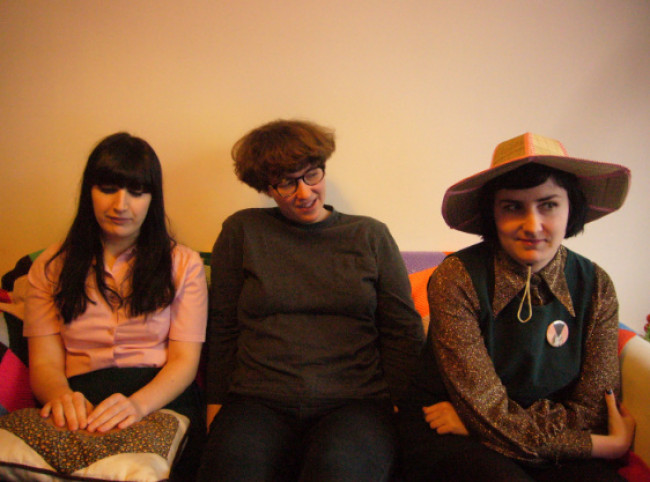 I’m a natural-born music critic. Lazy, arrogant and entitled. Where possible, I get other folk to do my work for me. For example:

Homespun two-chord ramshackle pop from the UK, with some dark & droning psychedelic organ, emotionally detached female vocals & just the right amount of post-punk spikiness – think Young Marble Giants meets the first wave of kill rock stars, or something like that. Thirteen in ’13 (so far) from Erika Elizabeth

Within about half-a-second of tuning into this haunting glittery wonderland, I knew I loved this: it’s like Veronica Falls only not so much so. No hanging ’round graveyards for these devotional kinds from Brighton, UK: the spooky horror-show keyboard refrains owe more to the system-maligned cadences of early Fall spin-off band Blue Orchids than to any echo-chamber 60s revivalism.

After raving about Lizzo, I decided it’d be my mission to hunt down the other 10 bands on Everett’s bounty list.

Lizzo was easy. I’d already had those batches and cookies in my head since Saturday, and was already scavenging for any other scrap of her work I could find. Fun fact – three years ago, Lizzo broke out on the Houston music scene as lead singer and flutist for a jam prog rock bang, Ellypseas. Who’d have thunk it?

ANYWAY. Bands can win me over with their names alone. Names like Tingle in the Netherlands, the Fucktrots, Churn Milk Joan, Mallard the Wonderdog, and certainly Tunabunny. Names like these have some monetary value – you can drop ‘em in a conversation, and people listen. Wear them on a T-shirt, and that value quadruples.

Edible Arrangements sounded like one of those names. It refers, of course, to those silly batches of fruit that are carved to look like flowers. Which, admittedly, do look rather pretty, but cost quite a penny and really only exist for overachieving party hosts.

Fortunately, Edible Arrangements as a band are not silly, senseless novelties. In fact, they’re quite familiar. Think somewhere between Pram and early Broadcast, that cerebral and slightly krautrocky, wide-eyed and naîve psychedelia, free of drug-addled influence and wah-pedals – but also not at all.

Think somewhere in your basement (the garage is too open, too exposed to sunlight and people), with a guitar that was lying in the corner and probably hasn’t been tuned in a month or 10. OR, in an alternative universe, Beat Happening happened upon a synth in a second hand store, hopped in a time machine, and met two flower girls who could harmonize with the angels. Or The Mamas And The Papas. One of the two.

“Secret Ceremony.” Yeah. That’s it. A secret ritual of music and zen-like trance. That sums up Edible Arrangements. Although the best part of this Edible Arrangements Tape – on Bandcamp, by the by, and it’s a steal at 3 quid (tags: “devotional, Brighton”) – may be the closer, “Laid To Rest”, the most zen-like and trance-inducing of them all. It’s so dissonant that it resonates. So simple it’s timeless.

One Response to Song of the day – 664: Edible Arrangements