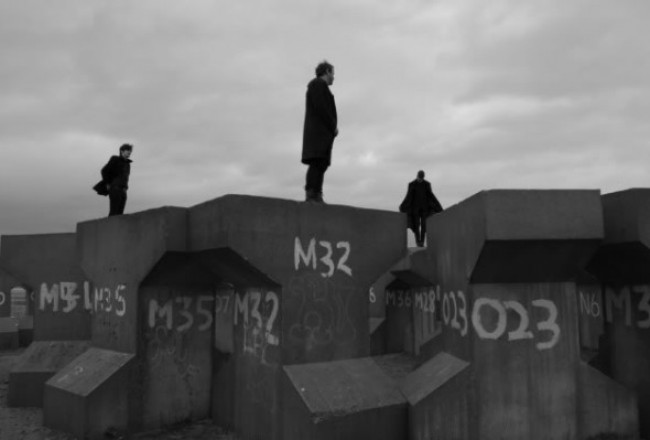 It holds true here, as well.

This one’s also a little bit… I type “a little bit” when really I mean “great gasping blusterous disorientating slices of”… Spacemen 3.

Nothing wrong with that. Fuck no. (Check this for proof.)

This means there’s plenty of echo, and as Russ Abbott once (nearly) sang, I love a psych record with an atmosphere. Damn, that’s a crepe simile. Reverberation across the nation.

I type these words. Who are these Sunken Seas? Why are they so intensely hollow-cheeked and … and whence do they come from? And why don’t all their songs sound like Jesus And Mary Chain and/or Spacemen 3? And why do they love echo chambers so much? Oh, but wait. This second track sounds a dead ringer for the one band whose vocal sound I’ve always wanted to emulate. Psychedelic Furs. (Uh, we’re talking pre-‘Pretty In Pink’ reissue Psychedelic Furs). Guess this means that in some form or shape, Sunken Seas must boast extravagant hair and be wary of the sunlight glinting off Cole’s supermarkets. Good on ’em. Reminds me of Blackheath, unaccountably. Razor cuts made with razorblades, but not on the cheek. And when they try too hard, they then just ain’t so good.

Right now, however. Right now… this is what I really, really like.

From Wellington, it transpires – which, last time I was there, is in New Zealand. That’d be the sense of space, then.

And here’s the quote for the rafters.