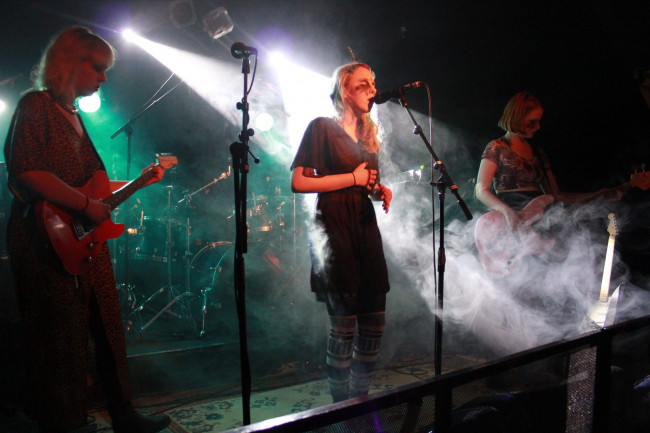 Oh wait. You want more? As ever, the spaces reveal more than the detritus. Theatrical and a little threatening, the bass lines laid bare and sparse, like friendship. In Iceland, they call this ‘poetry punk’ and I’d like to think it’s been influenced by my old pal Patrik Fitzgerald or the 00s E London antifolk scene, but it’s too Anne Clark (Gothic, insular, coldwave) for that. You can near taste the vehemence, the alienation. (Cliched images of Iceland, Number One: alienated landscapes. I’ve been there, and, yes, some of it does look like middle Tasmania.) Everything is softened, female, questioning… until SUDDENLY the anger becomes overwhelming. I like the sound of the human sea birds. I like the dry pleading and shouting, the subtle harmonising. I revel in the silence, the sense of distance. The over-use of reverb. This is music that just wouldn’t come from LA.

Is it unhealthy to dream?