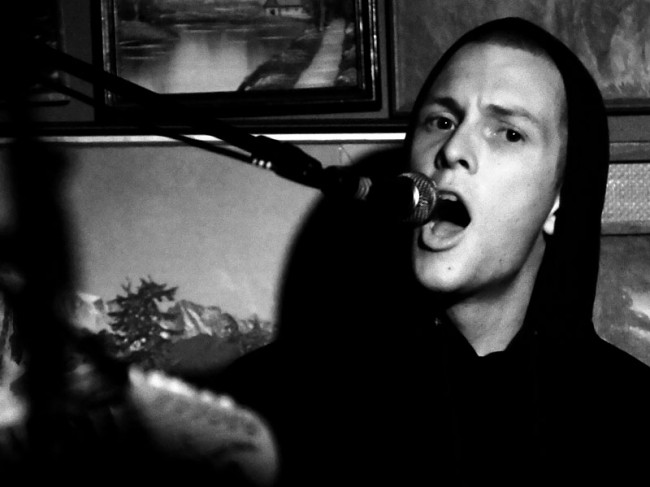 Collapse Board ain’t part of the music industry. It’s cool. That’s OK. We get treated with the same amount of respect and disdain by the vast majority of Australian PR companies as the street press: no, not even the street press, cos they’d get sent stuff; as some lowdown useless and featureless blog. That’s cool. That’s at it should be.

Sometimes we get blacklisted by hotshot, humourless American record companies because we give one – possibly two – of their bands less-than-favourable reviews (as opposed to the fuckin dozens we praise). That’s fine. We need to understand, if we bite the hand that feeds then it’ll no longer feed. We need to appreciate our place, and the place of music criticism, in this money-lovin’, soul-grabbin’, corpse-defilin’ web 2.0 world of ours. We don’t have a place, clearly. We’re fucking lucky folk don’t spit at us in the street, frankly. Sometimes it grates, though. Sometimes you figure, quite why are certain PR companies ignoring the fuck out of us? Perhaps we looked at their boyfriend the wrong way one time back in 2003 when we was drunk. Perhaps we didn’t go to the right fucken school. Perhaps we don’t live in Melbourne. Take Bitch Prefect, for example. For fucken years now we’ve been asking folk if we can get hold of some of their music. (Yeah, I know. I know. We could buy it. One of us works in a coffee-shop full-time to supplement his writing habit: another supports a family of five on less income then even full-time teachers. And you’d think someone might wanna give us some sort of fucken high five for some of this shit we keep pumping out here. No way. No fucken way.) Bitch Prefect. They’re on a fine record label up here in Brisbane, Bedroom Suck. We give ’em respect – because THEY FUCKEN DESERVE IT. We have no beef with them. And we’re sure their PR folk are real cool people, too. Just not to us. Do we get respect back from most of the folk asked to look after the ‘press’ (whatever the fuck THAT is in this day and age)? Do we fuck. We have still only heard three recorded Bitch Prefect songs.

One of which is this (the new one):

And another of which is this (the old one):

Even so, we have mentioned them here

Among several other places over the years.

Here’s the quote from the sidelines – no no. Go ahead. Feel fucking free to use it without any fucking financial compensation. Be my fucking guest. I know, I know. It’s a fuckin’ dog-eat-insignificant-website world out there.

Beautifully laconic awkward pop  from Adelaide: all crushed violet and failed romantic leanings. Guitars jangle morosely but so plaintively. It’s like a whole world grew up defined by loneliness and The Velvet Underground and the comfort of hoodies and Dunedin ’85: suburbia – so little to answer for. Ever felt like making a bad decision? Stick with the music the radio stations want you to hear, don’t watch Gregory’s Girl on repeat, don’t go outside to stare at the stars so hard you walk straight into a post and knock yourself plain yesterday. And don’t – whatever you do – don’t listen to this. It might make you feel a little less isolated. And heaven knows we don’t fucken want that now, do we?

ADDENDA
The PR for the label offered to send us a stream. A fucken stream. If I wanted a fucken stream I’d drink a bottle of fucken Jagermeister and go down the bottom of my fucken garden and piss over the fucken rhododendrons. Probably, they never read this:

I find it incredibly insulting to be sent links to streams of music.

1. It doesn’t cost anything to send a download link for an MP3.

2. I don’t get paid for writing about music here – and yet there is still clearly some sort of financial or cultural gain to be had from having Collapse Board recommend an artist, otherwise why would PRs contact us? In which case, why are they treating us like shit before we’ve even had a chance to listen to the music? They want something that would, for example, cost a few hundred bucks if it was a professional writing a press release. They’re not even prepared to send a couple of worthless (monetary value) MP3s in return.

And I’m not even talking about stuff being sent out ahead of release ‘schedule’. But, if I was:

3. If record companies have that little respect for me they think I’ll ‘leak’ their precious fucking music then why contact me in the first place?

How to insult a music critic