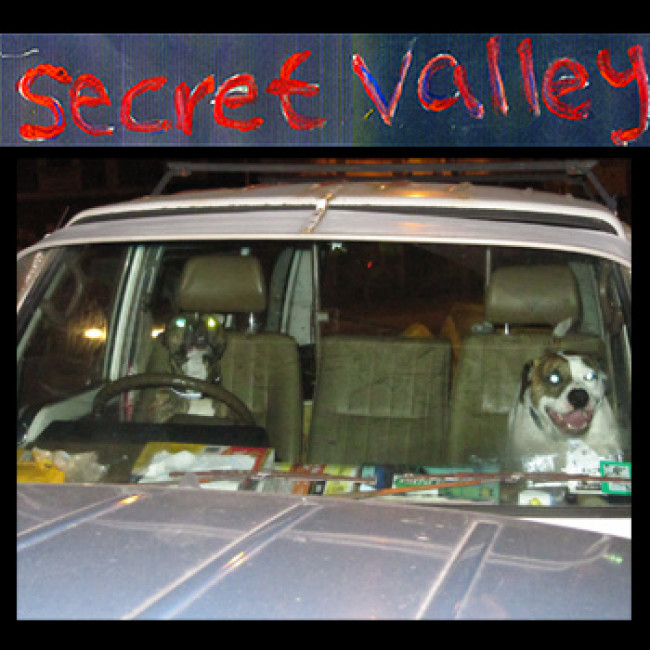 Boy (laconic): “Wake up on a Saturday/Pants around your knees.”

The third song on this cracked golden delight of a cassette album – available for free download RIGHT NOW – is called ‘Streets Of Fitzroy’ and it bears even less resemblance to The Thin Kids‘ ‘Streets Of Brisbane’ then I do to your lover. It borders on romantic, inasmuch as failed hedonism always flatters itself that it borders on romance. There’s feedback and borderline pretension. And if everyone sings like they’re hungover, and if all the instruments sound woozy and splatted with alcohol, it’s because they very probably are.

There was a band in England during the early 80s called Eddie & Sunshine. It was during the first real slinky of synth-pop. You probably won’t have heard of them, unless you happened to live in the same 2m sq radius of Soho that we lived in. We loved ’em. Breathy and morose and tuneful, and with plenty of laconic girl-boy call-and-response. They sounded almost nothing like Melbourne’s Secret Valley.

There was a band from Melbourne during the early 80s called Primitive Calculators. Rudimentary and belligerent and, yes, synthetic. You’ll have heard of them, I’m sure. Seven of the eight songs on this cassette/digital-only album release of Secret Valley sound almost nothing like then. The other one does. (This, dullard mope, is a PLUS.) Here. Let’s have a reminder, anyway.

I believe there’s a Tasmanian connection somewhere. (I was gonna mention The Native Cats for the second day running but now I’ve realised who Dan Cross is, I realise there’s no real need.)