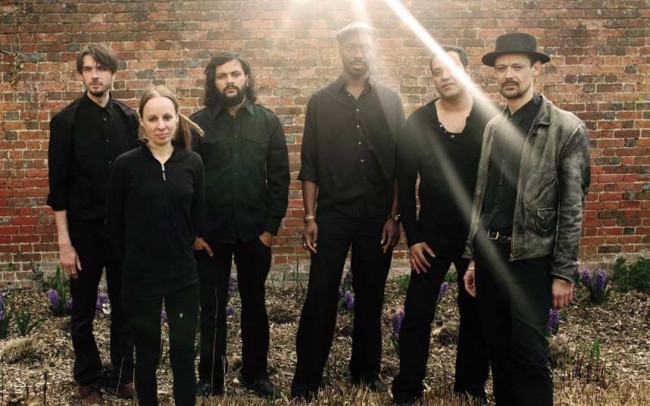 In the 80s, me and Geoff The Postman would have a competition to see who could dance the fastest, keep up the longest, with Big Flame and (later) Dog-Faced Hermans.

I loved the Hermans so much when I saw them, me and my flatmate/music collaborator Jamie signed them to our Fast Forward-backed label Calculus Records. We sold a fair few records (over a thousand of each one) but the distribution company went bust as we were just getting going, and that was the end of our music industry mogul ambitions (that, and me turning down both Shop Assistants and The Soup Dragons when they asked if I could manage them). It was something about the trumpet, and of course the frantic dance rhythms. We’d take the coach up to Edinburgh and stay on their couches.

In the 80s, there was this big Trouble Funk show in London, everyone was psyched. So psyched, the film crews were out filming the folk dancing for use in a future documentary. Some guy pointed a camera at my dancing shoes for five minutes straight. I had no rhythm but I oozed energy and (I like to think) attitude. I never could resist those live 60s James Brown cuts. I have a feeling this next video might be from the very show I’m talking about. I was off to the side somewhere, cutting my own groove – so I’m not sure I show up in the great blurry throb. I was also dancing at double-speed.

So, whatever. The other day I was cruising Facebook and I saw that one of my regular correspondents had mentioned they hadn’t danced so much since the last time they saw Dog-Faced Hermans. So of course I’m going to take a listen…

Damn! An even more obvious comparison would be Bristol circa ’79 (The Pop Group offshoots) but… damn!