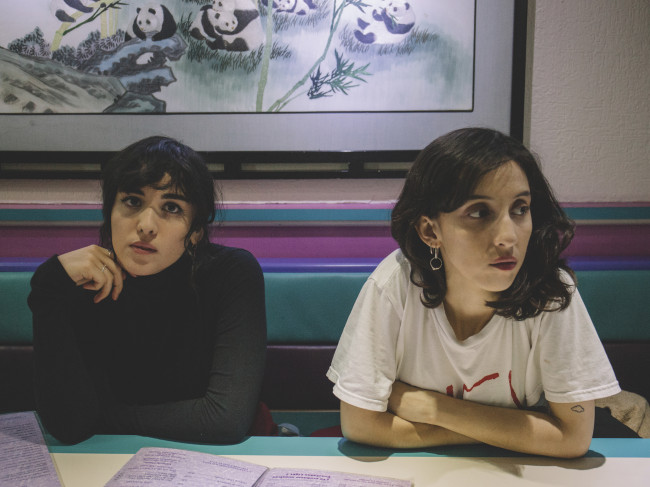 The new and improved date change for triple j’s annual Hottest 100 countdown took place over the weekend with the usual amount of jingoistic chest beating and flag waving with regard to the number of Australia acts making the list.  There’s always a hint of sadness in going through my inbox, receiving emails from all around the world and finding so much good music that I know has little to no chance of getting played to a larger audience in Australia.  It’s Australia’s loss if they want to keep believing the myth that the Australian music scene is the world’s best.

The perfect antidote to all this (and especially all the identikit Australian all-male psych rock bands that have sprung up in the last few years) fortuitously popped into my inbox this morning via an email announcing the release of the debut album from Tijuana-based psych duo Mint Field, Pasar De Las Luces, and including  clip to their new single, ‘Quiero Otoño de Nuevo’.

The press release tells me that ‘Pasar De Las Luces, set for release Friday, February 23 on Innovative Leisure via Inertia Music’.  One to watch out for.