something you missed about the new Cults record 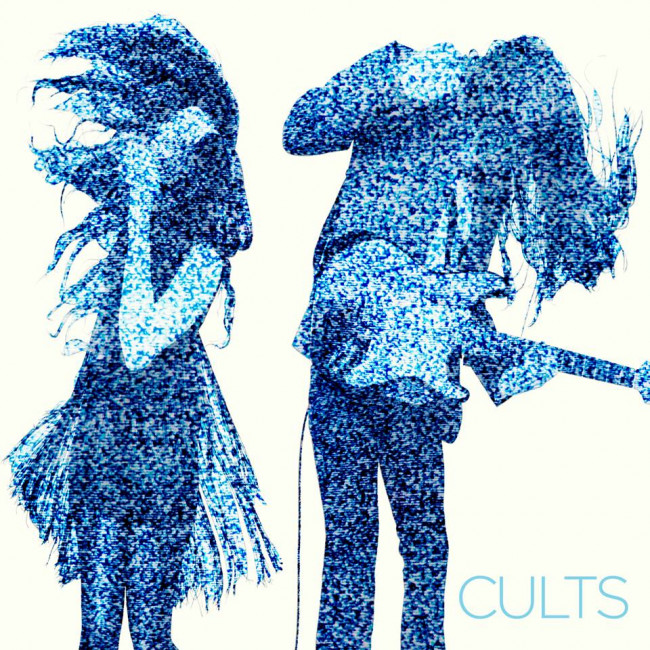 One of the things that was charming about Cults was that they were lovers. There was a bright shining optimism to their sound. It made you fall in love with them too. Cults have broken up. But they haven’t split. In what could be compared to an exercise in mindfulness meditation, they have split up as a couple, yet stayed together as a band and this is the record on which they give us a running commentary while it all plays out for them in real time.

The new album Static opens with the glorious sound of sunshine pouring in through the cracks in the blind… the first track is a blur of vocals and reverb.

The next track sounds like a return to form from their debut.

‘Always Forever’. You have to wonder what it’s like to write a song about your break up with your ex with your ex chiming in on instruments as you grove your way through your feelings. Perhaps there’s a comfort in such a duet? Or maybe it’s awkward as hell.

The opening beats of ‘High Road’ suggest that it’s a song that’s playing it cool. The intro peaks and opens us out onto a plateau of grace with Madeline’s vocals. The degree of maturity this pair show in the face of their break up is most evident on this song where they lament the way they handled it. It’s this self-awareness that makes them sound so adult… which may be the saving grace of a band comprised of a former lovers. Not many people could do that.

The next track sounds so similar to ‘High Road’ in its melody, that you wonder if Cults are running out of ideas. Thankfully, what follows proves that rather than that, they just know how to milk a good hook for what it’s worth.

‘So Far’ has a beautiful pop originality and ‘Keep Your Head Up’ belongs on the dance floor of any self-respecting indie dive club.

‘We’ve Got It’ is already one of my favourite new Cults tracks with its shimmering, catchy melody… it’s just a shame that I can’t make out the lyrics. And that’s something that has struck me with Static in general, the vocals sometimes seem to dissolve into a blur of organs, drums and guitars, losing their way in the mix. The production has a similar retro charm to their first album which is pleasing. There’s nothing more disappointing than a band losing their sound in a more expensive studio on their follow up album.

Static ends out with ‘No Hope’ – a song that perfectly captures the essence of this record. If their debut was the soundtrack to the summer 2011, then Static is surely the sound of autumn 2013 – with lyrics such as, “Calm sort of feeling/They all just turned to grey/The days much colder/And there’s not much left to say”.

Static is a break up record from a band who somehow managed to stay together to capture their split as sound. I had found myself wishing that they had somehow released this record sooner, so I could have had the pleasure of another Summer of Cults. But in spite of the sunshine inherent in Madeline Follin’s vocals and Brian Oblivion’s guitars, this record is fitting of its autumn release. Cults have moved on and I’m along for the ride.

2 Responses to something you missed about the new Cults record