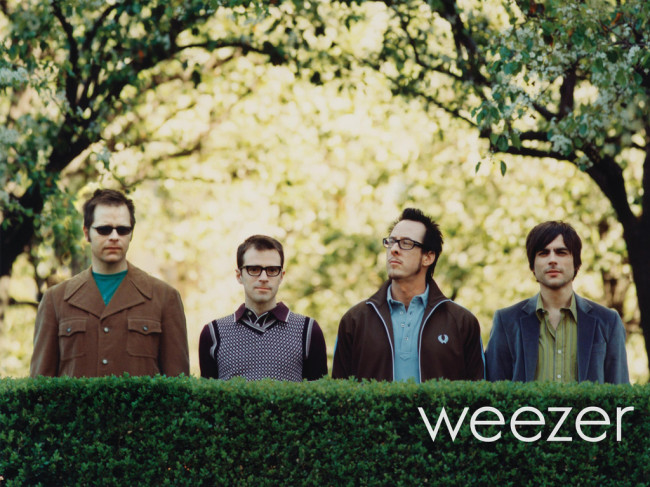 This is quite my favourite ‘news’ story on the web this morning.

A disgruntled Seattle music fan has offered to collect together $10m and give it to Weezer, if only River Cuomo and the gang will do the decent thing and SHUT THE FUCK UP.

“Every year, Rivers Cuomo swears that he’s changed, and that their new album is the best thing that he’s done since Pinkerton, and what happens? Another pile of crap like Beverly Hills or I’m Your Daddy,” James Burns told my former US newspaper, Seattle’s The Stranger. “This is an abusive relationship, and it needs to stop now. I am tired of my friends being disappointed year after year. I am tired of endless whimsical cutesy album covers and music videos. I’m sick of hearing about whatever this terrible (and yes, even if you like the early stuff, you should be able to admit that they are wretched now) excuse for a band is up to these days. If all 852,000 of you (really?) who bought Pinkerton pitch in $12, we will meet our goal. I beg you, Weezer. Take our money and disappear.”

This is such a genius idea, although $10m seems a little overdoing it, that my mind is reeling from the implications. What would it take to shut up some of Weezer’s peers?

Alice In Chains – $1m and the promise of a lifetime’s supply of (over-the-counter) pharmaceutical drugs?
Pavement – the complete recorded works of The Fall, to replace the ones Steve Malkmus has already worn out?
‘Smashing Pumpkins’ – a season’s guest spot as one of the judges on American Idol?
Hole 2.0 – starring roles in the next five Bruce Willis movies?
U2 – the papacy?

Hell, chuck $1m (Aus) my way and I’d happily turn in my writing gloves for good. Cheap at half the price, I’d say.

Assuming Weezer are simple money-grabbing bastards who don’t give a shit about their music these days… and I can’t see any reason not to be assuming that… and take the offer, Collapse Board already has the perfect replacement!