So you think most music critics are failed musicians? Go fuck yourself 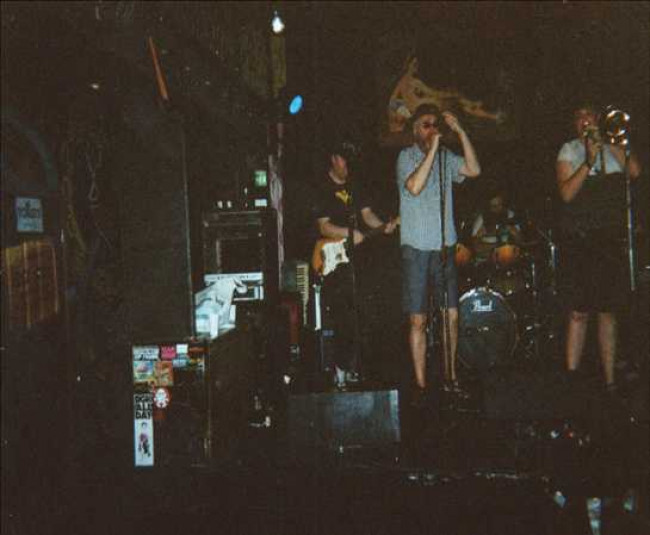 There was a comment on one of my Facebook threads the other day that angered me immensely. (It led to an immediate de-Friending…uh, like that’s going to hurt.)

You are a critic and not a musician.

Now, I ain’t denying that perhaps I could have misinterpreted the fellow’s intentions, typing such a sentence. He was trying to make a point about how I (as a critic) “process” music differently to people who are “musicians”. (Because, as we all know, all critics think and act precisely the same, the same way that all musicians think and act precisely the same. It’s the one thing that leaps the Gender Divide.) (Uh, I’m being sarcastic, for the slow readers at the back.) But wait! I’ve never defined myself as a critic to the exclusion of my music: indeed, I have often felt (and claimed) the two to be interchangeable… neither are jobs, both are creative, both are outlets… I’m not sure I understand where any differentiation comes in. Oh perhaps you’re not aware that I’ve created music – and continue to do so?

Here. Knock yourself out. There are scores more on YouTube alone – these are just a handful of the ones I uploaded myself. They don’t even include any of the several bands I’ve formed/played with since moving to Brisbane six years ago, nor make reference to the fact Creation Records was started for me, nor any of my vinyl records, nor the album I recorded with David Nichols and Julian Teakle in Melbourne in 2000, e-bloody-cetera.

So perhaps he wasn’t trotting out a variation on the tired old “all music critics are failed musicians”/”those who do, do; those who can’t do, teach/criticise” line. He was merely ignorant. If so he was showing a woeful lack of understanding of someone whose work he claimed to read. (Fuck! When have I ever been backward in commenting on my musical excursions and explorations?) Whatever. I feel it’s about time I reprinted this excerpt from an interview I did with the fine QLD writer Bianca Valentino – I did repost it earlier this year on my writing blog The Electrical Storm, but some of the point of that was its impermanence so it’s no longer available.

Here it is, beefed up a little cos that’s what I do.

Musicianship is not important. It is if you choose to make it important, but it’s not if you don’t. It doesn’t seem very difficult to write a song to me. I’ve never understood this great mystique that surrounds it. Look, I’m not denying that a band like The Go-Betweens write memorable pop songs and that Robert Forster slaves over his craft, but even with that in mind I don’t think there’s any great secret to writing a song. All you do is put a couple of chords in there, a change in there, you make up a melody and some words and that’s it. It doesn’t seem like a big deal at all. In fact it seems like such a trivial small deal it just makes me wonder about people. Bob Dylan goes on about it but Bob, why? So what? Your music has reached millions of people and that’s great. Maybe I’m missing something but I really don’t think I am.

There’s a classic line about music critics being failed musicians. It’s one that has always angered me because I don’t see what I do musically in any sense or form as being failed. It’s failed if you want to measure music in terms of financial success but who does that? Seriously, who the fuck actually measures music in terms of commercial success? Certainly not people who throw around lines like “critics are failed musicians”. There’s an assumption of the parameters of taste within that statement that implies some form of ‘good’ and ‘bad’ exists – that artistic merit isn’t to be judged by financial success alone: otherwise these people would all be Taylor Swift fans and the world would be a better place. (I’m sure I read something the other day that proposed to prove Radiohead fans are ‘smarter’ than Beyoncé fans. Well, on taste alone, clearly they’re not.) So how are these people measuring relative success or failure in terms of music? That they (personally) like it?

Wow. That’s one helluva argument they got going there. That music critics are failed musicians because… uh, they say so.

I like my own songs fine. (And wait! Doesn’t my opinion carry more weight than my detractors if we’re going to bring the experts in, because…uh, I’m one of those experts.) I know people who like my songs as well – people that I respect and like. Some famous musicians, others not. I’ve collaborated with, and played shows with, any number of people who under no stretch of the imagination could have the phrase “failed musician” applied to them. (Did every single one of them have a momentary lapse of reason?) I’ve written hundreds, thousands of songs. I’ve performed on stage any number of times. (In the thousands, easy.) I’ve played in front of no people; I’ve played in front of 20,000 people. How is that a failure? Because I don’t sound like The Beatles or Radiohead? Yes, I haven’t gone on to sell five million records but who has? Who actually has?That’s so absurd, that’s so stupid and reductionist and pointless. Most of the people who do sell in those quantities get dismissed as production line fodder or sell outs anyway (i.e. not ‘real’ musicians at all).

Has the fact that I didn’t sell millions of records influenced me as a critic? No, of course not. The reason I am a critic is because I thought the fact that writing about stuff was more immediate and more honest than being on stage.

As Alastair Fitchett (creator of another fine blog) put it

First, do those “people” ever define “musician”? And can those “people” explain why they would consider a “critic” to be less worthy than a “musician”? Also, do these “people” also consider film critics to be failed directors, actors or producers? Are “people” in fact overrated in general? So many questions, which I feel certain would be answered were Everett to reprint/post aforementioned rant…

One Response to So you think most music critics are failed musicians? Go fuck yourself