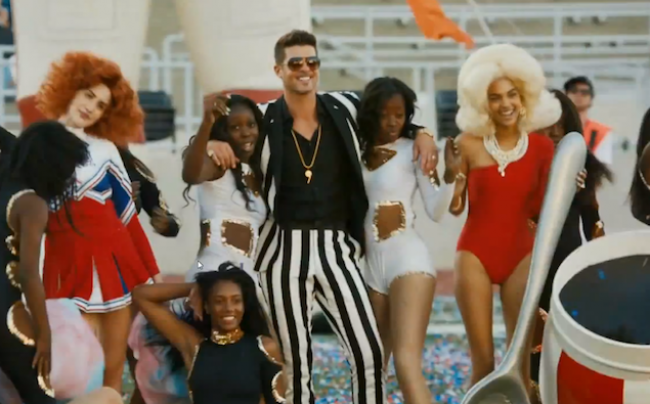 Reprinted from F.U.N.K. with permission… and it’s highly recommended that you go have a look over there for his full, glorious, 4,500 word long, October 2013 Singles Column explosion of rage, outrage, simmering rage and – yes – love.

Arcade Fire
Reflektor
Mercury
Another mistaking of metronomy for feel, vagueness for profundity. Somewhere in this flabby seven minutes of pffft there’s a shitty 2-minute song waiting to break out. I’m not being picky. I’m just having standards i.e demanding that a pop song gives me pleasure, doesn’t bore me, doesn’t coast, doesn’t come across as entirely unjustifiably pleased with itself. ‘Reflektor’ has not one moment of pleasure or wonder in it, only the smug constant insistence that hey wow, we’re cool cos we’re a rock band but we’re trying to play disco. (That boom-tish alternated hi-hat rumble every fucker has down pat when they wanna get ‘dancey’, another rhythm section that thinks it’s Frantz/Weymouth that hasn’t listened to enough Dunbar/Shakespeare to even come close.) Broken down to its constituent elements everything that should work is in place on ‘Reflektor’ (even that ‘k’), James Murphy pushing all the right buttons to try and heat things up, eventually failing to stop it flailing because what’s being played is so bereft of heart and purpose, the changes so signposted and monotonously run through you’re simply witness to them going round them over and over again without any real sense of movement or import. Simply not good enough when the frontman and band are clearly such tedious & arrogant individuals they have to hide their non-personas behind ‘zany’ masks (and what a fucking tired trick that has become for a whole generation of indie meh-merchants) in the Corbijn-anointed video.

If you’re going to make music like this you need words interesting enough, a personality big enough or voice intriguing enough (Bowie, Grace, Donna) to imbue all that rotational repetition with a sense of dramatic art and change. ‘Reflektor’ contains none of that, just sits wobbling like a wodge of flavourless jelly slopped on a bass bin, Bowie’s fleeting appearance offering merely an aggravatingly tantalising glimpse of what might’ve been if a human being rather than a pack of ‘tastemakers’ had had a go at this ‘song’. Pass.

Eliza Doolittle
Let It Rain
Parlophone
Whaddayado when all the kook runs out? When your target demographic becomes bored of you a little? Y’can’t do another ‘Big When I Was Little’ – that was shameless, a craven pile-up of retro-references as desperately flailing as Alan Partridge suddenly shouting “TISWAS” then mumbling “… errm… sweets they don’t make any more”. It always seemed one step away from simply lurching into being the cover of the ‘Fresh Prince’ theme perhaps most guaranteed to mop up all that whined-for pocket-money. Of course you could always call it a day, become a model or a runner or an actress or simply ask daddy or mummy for a job somewhere quieter in the biz, somewhere a little less visible. [They won’t mind taking a hit remember, and it might be the only way now that fame has become a purely hereditary issue]. Or of course, you could give ‘your music’ another go with one more album, toss in another collab with Paloma Faith, or the XX, someone who’ll get you back in the Live Lounge with Jo Whiley’s pisshole eyes squinting their love your way.

Of course, it’d help, when you were creating your new album, the second record where you can’t just be a ditzy purveyor of pastiche, if you actually had a soul, rather than just loving people whom you imagine had a soul a long long time ago. Something to sing about would also help, something beyond the endless cycle and circle of massive privilege and easy access and quirky dilettantism that’s been your birthright so far. But you haven’t got such a vintage thing as a soul as you imagine, and the right equipment and clothes won’t make it grow any time soon. Best bet is – as a tester, toss out some half-arsed ‘soul music’ that makes Emile Sande sound like Betty Davis, replete with vague lyrics about being a bit sad sometimes and being in love sometimes that you ripped off a thing you saw on imgur/r/motivational last night, and a hook that a small dull child would find melodically unimaginative. Small dull child Fearne Cotton, your mate, will love it, Rob Da Bank, another mate, will love the shitty obvious remix, mummy and daddy will support you in everything you do and when it tanks in the upper reaches of the tTop 30 your PR will be round to tell you to tell everyone they’ve lined up (mainly broadsheets, a few Redtops and Saturday entertainment supplements just in case) about how this album is “more personal and more grown up” than anything you’ve done before. You’ll appear on Later With Jools Holland and bask in the approval your slick big-band backing will get from the assorted sycophants and liggers who have, and will, always surround you. In discussion with your PR and label you’ll decide to forego being grilled by Grimshaw in the morning (who wants to get sucked into that ongoing haemorrhage)  and instead embark on the second stage of your musical career with Radio 2 firmly in your sights as an eventual playlist home, the ongoing Nike endorsement hopefully backed up by a healthy portfolio of Sainsbury’s & Boots No.7 ad-soundtracking, eyes on those disposable-income ABCs, the  CDEs picked up on the way merely an unfortunate less-lucrative side-effect of aspiration and blanket-marketing. It’s a plan that I hope comes off for Eliza, and ‘Let It Rain’ is a great, hugely forgettable and sophorriifically dull start to that campaign.

I should also probably mention that I sincerely hope everyone involved in the new plan, from Eliza herself to her label and hard-working streat team, to Whiley, Cotton and Da Bank, Jools, The One Show, the bookers on BBC Breakfast, the project managers synergising marketing strategies and choosing new music to best soundtrack the soon-come autumn/Xmas ads, are able along  the way to STOP THEIR ARSEHOLES BEING TOO JEALOUS OF ALL THE SHIT THEIR MOUTHS ARE CONSTANTLY PRODUCING, THE ORDURE THEY’RE LETTING FALL IN SLOPPY MOIST CLODS FROM THEIR PERMANENTLY FAECALLY-STAINED LIPS AS THEIR ABSENCE OF A SINGLE IOTA OF WORTHWHILE HUMANITY BEGINS TO FERMENT THEIR REPTILIAN INNARDS FUCKING STAY IN LONDON YOU HOBBYHORSE CUNTS WHERE YOUR GOVERNMENT WILL PROTECT YOU GATHER AND SUPPURATE YOUR ‘CREATIVE’ MEDIOCRITY BACK AND FORTH TO EACH OTHER UNDER THE PROTECTIVE UNSHEATHED WINGS OF YOUR OZMODYIAN GOD CAMERON AND KEEP SUCKLING DEEP FROM HIS BRACKISH BITTER BEACH-PINKED DUGS THE ACRID MILK OF YOUR OWN ENDLESSLY SMUG MUTUAL EVIL.

Five out of ten, perhaps it’s an ‘album track’?

Robin Thicke
Give It To U
Star Trak
My god, can you imagine how tiny Robin Thicke’s dick is? Judging by his over-compensation it must be Clarkson small, Gervais small, with a couple of tiny balls looking like Murun Buchstansanger. I mean, if you feel the need in a video to surround yourselves with pre-pubescent fantasies of ‘girls’ all of whom have bodies like little boys, then actually have your name with ‘has a big dick’ spelled out in balloons after it, whilst the editor remains under brutally strict instructions to cut out all those moments where your little trouser-maggot spooged its thimble-load and you looked prone & vulnerable rather than just repellently arrogant, you’ve got to have some serious issues possibly not adequately addressed by the innumerable air-pump and L’arginine-tablet offers you’ve been so hoodwinked by in the past. Seriously Mr. Thicke, go see a counsellor, speak to someone about it cos these shitty derivative singles about how your massive member is going to fuck everyone in the world simply aren’t working and your schtick as a kind of rude Michael Bublé will run out of steam soon. Counselling will help. Yes it might require remembering those embarrassing moments in the changing rooms where your classmates roared with laughter at your minuscule bait’n’tackle, yes it might mean reliving those horrible tweezer-poised moments of spunk-drenched self-loathing all over again and yeah you look even uglier when you cry but it’s time to face up to the fact that God blessed you with an atrophied acorn in the cock department and move on. Once those lies that have sustained you (like size not mattering) have been stripped away, and those home truths driven home (you can’t make butter with a toothpick) if counselling  means eventually coming to terms with your lifetime of enforced celibacy it’ll be worth it, and save you lots of potentially dangerous quack-treatment and uncomfortable implants down the line. Jude Law, Mick Jagger and Enrique Inglesias have all taken that first step. I hope you can too shrimpy.