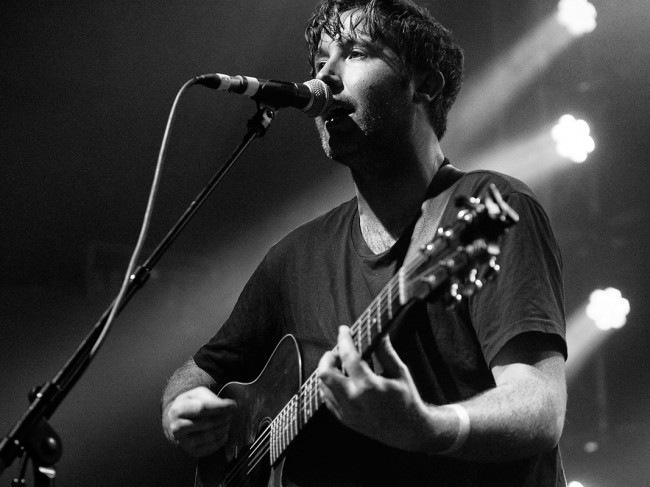 In an imagined universe where The Go-Betweens’ ‘Apology Accepted’ was a hit single or The Velvet Underground ran all the way to the top of the charts the week it was released, a band like Rolling Blackouts Coastal Fever would be king. It’s not that I want to peg them as cult just yet – you could easily cage second extended-player The French Press and follow on Hope Downs as modest successes. But what I will say is that when you place the quality of the band’s music next to the recognition they receive something feels a little off.

But dollars earned, prestige festival slots and streaming figures are never the be-all or end-all of a musician’s career. The true measure of any group is their relationship with their fans. Tonight, this one is playing a sold-out show. No lean feat but there are plenty of other young Australian acts which can do the same. What really hits me is how when the Blackouts plays ‘Talking Straight’ and ‘Air-Conditioned Man’ a good part of their crowd is singing every single word of the verses and then yelling the chorus. They are not here because of the hype, just the songs.

And of course, all this time all five members of the band are bouncing across the stage. They are putting everything they have into it. It’s a high energy set.

Saved until close to last, ‘French Press’ remains the biggest crowd pleaser. And in a sense, it sums up everything this band – a blend of joy, devotion, melancholy, disconnect and exciting guitar lines – is about. The audience goes off.

In weird cosmos of artists which stay true to their vision, Rolling Blackouts have already broken through. They have struck onto something different and are now determined to prove it to the world. This makes them either insane or possessed with a tremendous endurance. In truth, probably a bit of both.

I wake up the day after. Upon dealing with the consequences of a not inconsiderable hangover and am immediately possessed with the kind of tick that urges you to dust off an old Triffids record or search out one of those Grant McLennan albums no one can ever seem to find anywhere except on YouTube and press play. And to spend a little more time with Hope Downs too, of course.