Q&A with Matt & Kim | The Collapse Board Interview 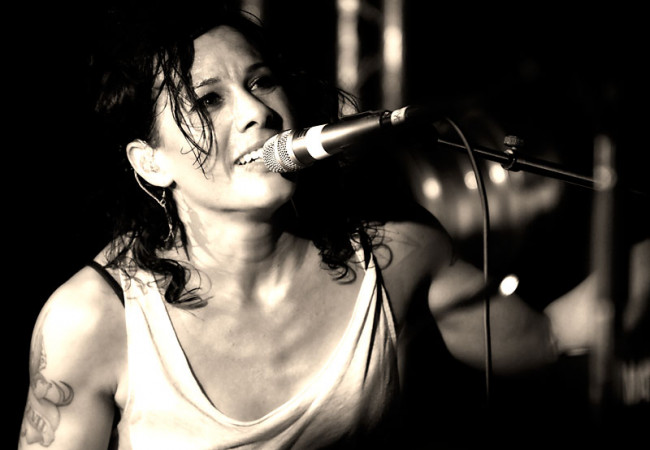 Ahead of their forthcoming Australian tour, Collapse Board emailed Brooklyn duo Matt & Kim some questions about their latest album Lightning. Drummer Kim Schifino provided the answers.

It always surprises me that whenever I’ve read a Matt & Kim album review, reviewers may use words like punk and hip-hop but there’s no mention of specific acts that you or any of your songs sound like by ways of a comparison.  What are Matt & Kim’s key musical influences?

“For a while we felt like it was a bit of a curse that we didn’t fit in anywhere musically, but now we realize it’s kind of amazing. We can one day be playing a show with a bunch of EDM DJs then the next day play on a show with some punk bands. What influences us is whatever’s fun and we feel like that’s where we fit in. We like playing the shows where people are coming out to rage and have a good time. Where we don’t fit in are the type of shows whereby people stare at their shoes!”

Lightning is a simpler sounding album than Sidewalks. What was the intention when you were writing and recording the album?

“We went back to recording ourselves which we felt like we really needed to do.”

All four of your albums have 10 tracks (excluding bonus tracks and different mixes). Is this intentional or  coincidental?

“With LIGHTNING we worked on about 20 songs at the start and paired it down to 10. A 10-song album is they type of album you can listen to all at once without over staying your welcome. It’s the Weezer way.”

Has continuing to take a DIY approach become harder as you’ve become more successful? Do you find it difficult to hand over responsibilities?

“It is harder to have complete control over everything but that is only because we have less and less time. It has been hard to hand over some responsibilities but for years we have been building a solid team and they kick ass!  I will say everything comes in and gets our OK before it goes out, but yeah we aren’t printing our own T-shirts or booking our own tours like we did many years ago.”

“I definitely haven’t had time to make art in many years and the only time I do nowadays is when we are releasing a new album. We did just move into a new house and I have a studio room so that has made it possible to work again. I no longer have a silkscreen studio so I am now experimenting with new styles which is nice cause there is no pressure to sit down when we are home for only two days and think I am going to make a piece.

There’s always been a strong focus on your video clips. Given Matt’s background as a film student, how important are these to you and are you ever concerned that there’s too much focus on the clips compared to the music?

“We give it all we got for everything we do if it is the recorded music, live show, press photos or music videos. We want to only make things that we 100% back. I don’t think a well-done video will ever eclipse the music.”

I saw you at the Gold Coast Big Day Out at the start of 2011 when you followed a guy doing some cabaret-style performance with large inflatable balloons.  What do you remember about that show and the rest of BDO tour?

“The Lily World stage was crazy. I like that when we got on that tour they told us anything goes at that stage. That was true up ’til Adelaide when we had the crowd pick up those giant bean bags and crows surf them while people jumped on top of them. We didn’t realize they weighed hundreds of pounds. No one got hurt and it was awesome to see but the stage manager definitely said that we could never do that again!”

The upcoming Groovin’ The Moo festival tour is taking you out into the country a bit more than previous visits. What plans have you got for your downtime between shows?

“I am so curious what these towns will be like. I am also excited that we get to drive more. Usually when we tour in Australia we fly everywhere. I have no idea what to do in our downtime. If anyone can holler at us and suggest some things that we should definitely check out, I would appreciate it!”

I read in a 2010 interview that Matt had never watched Star Wars but had made it a goal? Has this been rectified, and, if so, what was the verdict?

“I feel like it is pretty easy to avoid Star Wars. We tend to watch more comedies so I guess Matt never felt the need to watch it. So yeah he is still going strong and hasn’t seen any of the Star Wars movies… he also hasn’t had milk in his cereal. He’s a weird one!”

Matt and Kim play Brisbane (The Zoo), Thursday 9 May