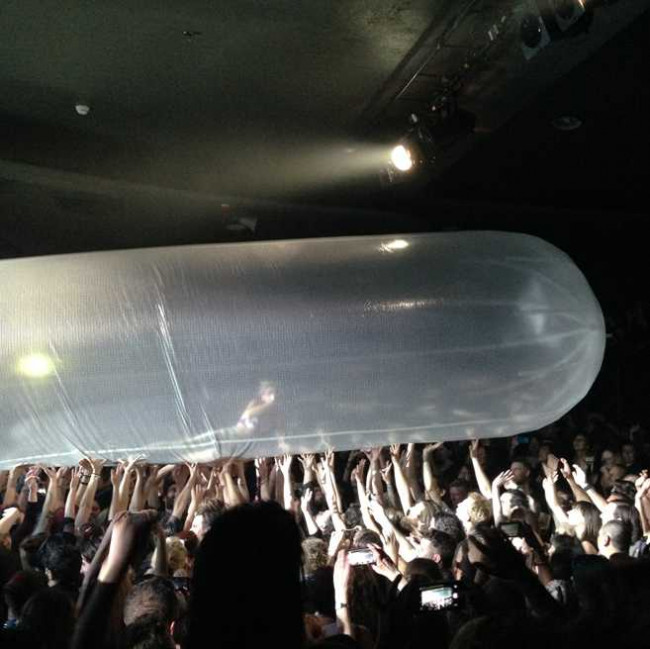 My feminist awakening was a slow burn. It probably started around the age of 15. Small things would happen to spur this along, usually musical discoveries. One of these discoveries was Ms. Merrill Nisker, more commonly referred to as Peaches.

I discovered her when I was 16, with the release of her fourth album Impeach My Bush. She was like no one I had ever come across previously and her confronting nature, unabashed sexuality and comfort in showing off her body created a new role model for a very self-conscious me to aspire to. Almost 10 years later, nothing has changed.

Peaches did not stop the whole time; going from ‘Boys Wanna Be Her’ in a gold catsuit, to ‘Fuck The Pain Away’ in sequined underwear and pasties; she aurally and visually created a disco of positive energy.

It’s not all tits and ass talk though. Peaches is unforgivably herself. She is ruthless in her songwriting and revels in dismantling social norms with her music, but performed with a real care for her audience, the energy of her set never waning until she took a moment to sell her t-shirts from straight off the stage. A genius marketing move while also giving her audience the personable touch they want.