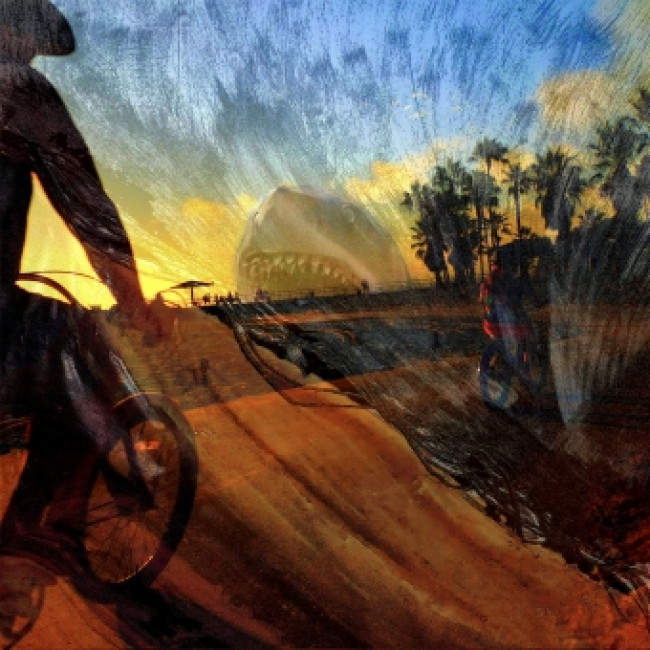 This is not about No Jaws. This is about a band who pitched their new album by quoting Everett True, the German Rolling Stone (?), and me.

Do you know how many full albums reviews I’ve written since I came/stumbled upon Collapse Board almost a year ago? 44. (I counted the Xiu Xiu/Future Islands one twice.) Not much, you say? Ah, but guess how many album reviews we’ve posted all year? Right-o – 56. (Technically, 57, if you count this single word as a review).

THAT’S RIGHT, YA FUCKERS. Four-fifths of our reviews this year came from me. Just me. Only me.

Why does this matter? Besides, you might say, clearly our other writers have other lives to attend to, and I’m the only fool who sits hours with an LP, picking and prodding words as a child might carve gravy rivers through mashed potatoes.

This still isn’t about No Jaws, is it? It likely won’t be, given how fairly predictable the affair is, but we can try. Oh, don’t get me wrong – I like Young Blood. But a few blokes who revere discordant guitars and nothing else can only go so far, y’know? You can hear every inch of artsy posture, every bit of strained guitar tones and high-pitched, tossed-off verbosity, somewhere between a settled Sonic Youth and a nascent Pavement – what’s worse, you can rip up the searing riffs of “The Real Oh One, “Out of the Wild”, and “Honey Kid”, and find the same structure hard-wired underneath all three.

Now, we could admit that “Grasshopper” and “Fanal” churn and chug rather pleasantly, very much like how Eagulls chugged along earlier this year, or that “Cabin Fever” boasts some warm electric splicing and essential tunage, though again the Pavement connection resonates. Indeed, I’d even admit that I love how “Phalanx” smothers the listener in fuzz, in a grand ol’ 90s fashion that reminds me of that world that I collided with back in college, this constant rotation in the gym of these songs that hinted at battered, shattered, sneering youths, people I’d never met, references I didn’t understand and soured love that I’d never felt, and slow, slow bittersweet angst. I’m thinking of something I can’t name. (Fact – the only song that I actually asked about at the front desk was Alien Ant Farm’s cover of “Smooth Criminal”, cos back even Michael Jackson even sounded strange and foreign.)

But I can see myself nodding on the floor, 2 AM in the morning, head punched in from the maximum dosage of distortion, waiting for “So It Begins” to end so I can head on home. Then again, I can also see myself buckling at the knees, falling against the table, unraveling with the raveling of the worming “Adrift”, the kind of spidery-skincrawl that Radiohead culled from Strangelove, supercharged with constant collapsing.

But come now – what’s more compelling? A dab of humility, or one writer’s struggle to comprehend what should and should not pass through the metaphysical gate to yr ears? Nay, nay, strike that. We at Collapse Board can barely keep our street cred, let alone a metaphysical gate. The crux is where this belongs in my headspace, not yours. Where to file above-average, tunnel-visioned, why-am-I-hyphenating-everything serious guitar rock? Where, indeed. Not too long ago, I penned another review about a band that sounds even more like Sonic Youth. Hum.

Let’s frame it this way. No Jaws operate in frames. This tone means this, the drummer falls into this sharp pattern, here are the dashed lines for the solo. And they’re mighty fine frames – neatly cut pieces, deep cherry finish, wavy lines and sharp ridges – but frames nevertheless. You can quote that, if ya fancy.

One Response to No Jaws – Young Blood (Modern Guilt)