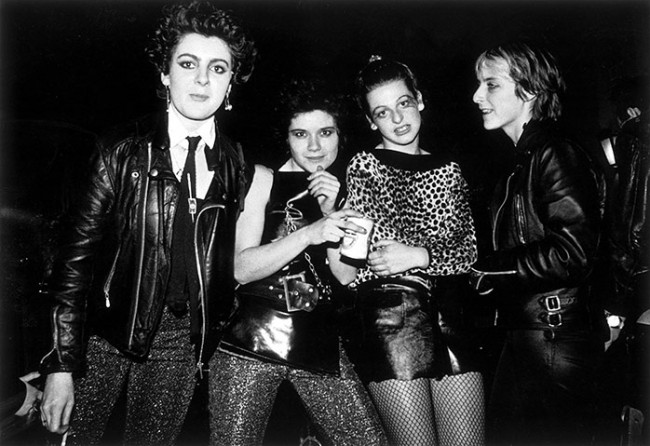 This week’s theme: IDENTITY. That scream 30 seconds in to ‘Shoplifting’… that’s my Kurt Cobain moment.

Don’t revisit your childhood. Don’t revisit the past. The Slits were brilliant because they were bratty teenage girls who happened to chance upon a few universal musical truths – spontaneity is at the heart, make others jealous, dub is great for dancing, grasp your opportunities, men are scared, nothing wrong with sexuality, be yourselves, screaming is fun, punk is fun, what matters is the sounds you make from your instruments not how adept you are at playing them, no one can play guitar like a woman, irritation is a weapon too, typical girls make noise and smells… and so on. Their music was revolutionary because they were so naturally irreverent towards accepted (male) rock history: they didn’t give a shit.

“Fucking get a real job.”

French philosopher Pierre Bourdieu said, “Taste classifies and it classifies the observer”. Everything you buy and experience – books, music, film, games, TV, art and so on – it is these choices we make regarding our taste that separate us from one another, and feed into our cultural capital.

Cultural wha…? Think of it in terms of finance: every object has some measure of economic capital – which is its monetary value and a utility value defined by its purpose. (Thank you, Pierre.) More important, however, in terms of character formation are the social associations made with the object, the cultural capital it confers. Who you are, where you’re from, what you look like, who you interact with, the music you choose to associate yourself with… these all carry different implications, separate to their commodity value.

If you have financial capital – money in the bank, properties, a big flashy sports car, a yacht in the Caribbean – you are accorded a certain social status, and people want to know you (mostly). For most teenagers and fans of pop music, this status is unobtainable. So how do you set yourself apart? Enter Bourdieu and his notion of cultural capital – your taste helps classify you as an individual. It accords you a social status quite distinct to that of how well off you are.

Regarding Hayley Mary: a critic lashes back

9. The Seekers – The Carnival Is Over