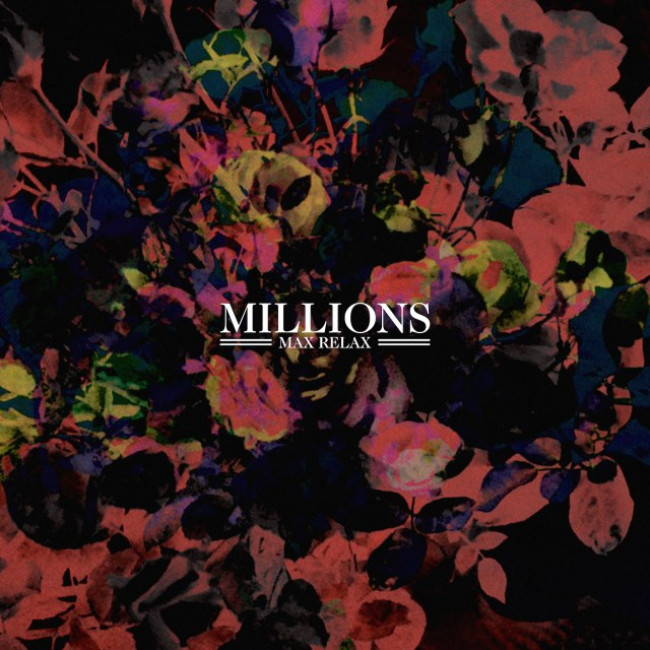 By the unwritten law of lazy-ass journalism (and trust me – for a sound as lazy as this, we’ll need to respond in kind), I’m obliged to point out that Glenn Tilbrook produced this, and that his kids are part o’ Millions.

WHAT DOES THAT MEAN, THOUGH? Glenn’s better known as one of the wordsmiths behind Squeeze, not the sound guy. What was he thinking, I do wonder, when he listened to rehash after rehash of such mindless regurgitated pap?

Max Relax, it’s called. Fuckin’ hell, even the title sounds like something Mac DeMarco would say to his fellow bro-dudes. “Max relax, my brothers.” Except, where the Mac stretched out all catatonic in his faux-tropic hammock, Millions strut up and down like they’re the next Verve/Oasis (via latter-day Pavement) superstar sensation. And if that doesn’t sound very Aussie to you, and you are in fact an Australian native who feels backstabbed by that statement, then you damn well should feel backstabbed. Hell, I feel betrayed, and I don’t even know the bastards. You can reject your own roots, sure, but to instead ride the silky smooth, piña-colada-flavored gravy train of hipster chill…

Christ. What a waste. Over a year of gathering the firewood, baking the egg under an incubator lamp, and grinding the hype machine, and of course you’ll wind up with an album as OVERBAKED as this.

What was I to do?
Well, you knew I couldn’t help myself
When it came to you

You can kinda hear some Squeeze harmony on the waltz-y chorus to “Clementine” – y’know, that shadow voice, like the boxy edges you draw behind letters for that 3D illusion. But the rest is all wedding-cake white, factory-grade buttercream icing curls. You can feel the fat oozing down your throat as soon as you lap it up.

I’m sure Millions want you to think that “Unchained” is some watershed moment for the band, the “look, our band is exploring the psychedelic angle” song. Um. “The birds became a buzz in my ear.” Really. No shit. The recordings that Millions dredge up for this tune have been recycled in every camping-in-a-forest-at-night scene that ever happens in movies. I remember stomping up the hill to my apartment in Swansea and FREAKING OUT over shrieking birdcalls I’d never heard before. If you wanted something really psychedelic, boys, ya shoulda just poked your heads outside (like this dude does).

Millions also want you to think they can cover the dance-y angle, too, with “Agony & Ecstasy”. However, the warped guitar wankery does nothing to conceal the totally hollow, bloodless center. Small talk, sore feet, carefully synched light displays, dudes nursing bottlenecks, maybe some head bobs. I bet the band will make a flashy vid for this which involves a dance floor.* Where’s the mystery, the danger, the ANDROGYNY, ya hopeless LED Soundsystem-ogling saps?

I can’t find a sound bite, though, so we’ll play pretend. You remember that “Reflektor” shtick that Arcade Fire dallied with last year? With the Visage-like whispering bits and the Ganondorf imitation on stage? And we shrugged our shoulders and tossed it aside? Yup. More or less. Sigh.

Anywho. Are we done yet? Can I go hang out with Chris Watson now? Ughh, no, one more damn song left. The presser described it as “clifftop guitar histrionics”. I call it “I Want You (She’s So Heavy)”. Except that no one’s stoned, so at least it doesn’t bang on for seven minutes.

There. Done. AHHHHH. You know that feeling, when you’ve hammered on a 10-page essay for a week about a book by an author that you’d tear apart if you met him (it’s inevitably always a him) in person? And then you belt out the last paragraph, and you wanna jump up with joy ‘cos now you finally don’t have to wrap your thoughts around this single book anymore? Yeah. Got about 1/10 of that feeling right now. I’m-a chuckin’ Max Relax down in the storage bin that stays wedged under the bed.

* – ACTUALLY, cursory glances on YouTube revealed that “Agony and Ecstasy” is, among many things, a delicate ballet composed by Teo Milea. Millions oughta take notes. Never mind the pianist. What’s the story behind this dance? Why does he gently caress her, then refuse her touch? What drives her to persist? Intrigue! Passion! Just like Visage, but without synths!